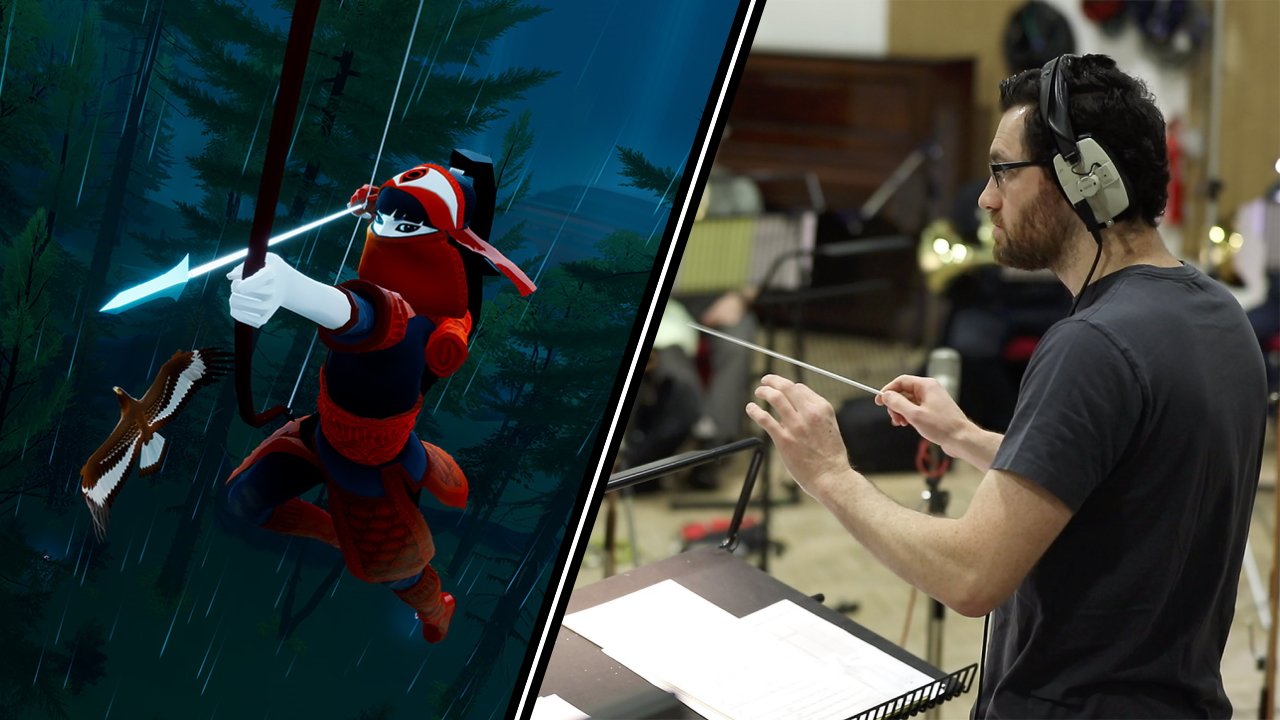 It’s not often that you find yourself rocking out for a full day with a band of Tuvan throat singers. Then again, Austin Wintory has had a rather more storied working history than most of us. After dazzling our ears with his soundtrack to Journey back in 2012, Wintory has delivered veritable banquets of music to be served up alongside countless of our favorite games. His latest venture with developer Giant Squid, however, saw him delving into musical styles and instruments scarcely seen in our favorite hobby.

The Pathless is a mythological adventure that aims to echo the heroic tales of cultures across the globe, yet feel unquestionably distinct from them all. Combine that with a flowing, open-world structure that changes tone and pace with each player’s whims, and The Pathless proved to be one of Wintory’s most unique and challenging projects yet. To help players understand how the bold score came to be, we asked Wintory to give us an insight into the development process for The Pathless soundtrack.

Austin Wintory interview: Crafting the music of The Pathless

The full soundtrack to The Pathless features 104 solo instrumentalists, and blends musical styles from Mongolia, China, Western Africa, Scandinavia, and beyond. Wintory describes it as a “global jam band,” but that vast pool of influences was formed from many smaller droplets of inspiration.

“Some of the instruments on the score were colors I'd latched onto right out of the gate, mostly inspired by the mythological sense of the game as Matt Nava had described it,” says Wintory. “For example, in one of our first conversations he showed me these amazing photos of Mongolian falconers and I immediately thought of throat singing. Similarly, the resonant-yet-cold quality of the Swedish Nyckelharpa somehow sprang to mind.

“From there, much of the palette was about building and iterating. We added colors as we went, and also at some point the notion of being deliberately global and poly-cultural entered our head. So I found myself thinking of colors that might be complementary to what was already on the table, and conscientiously from a different region of the world.”

Combining such a spectrum of musical talent is no small task, and finding the right balance of each instrument proved to be a taxing endeavor but one that Wintory hopes pays homage to each contributing aspect.

“So much of this was about trial and error,” Wintory admits. “Just a constant experimentation, tweaking, rejecting, re-imagining. But as I went down the rabbit hole of that experimentation, it just kept growing and developing. It was important to me that the core identity of the various cultures wasn't getting lost in the mix. There wasn't a particularly scientific way that I went about ensuring that; it was an intuitive process of just constantly listening back to the music and making sure it didn't feel like this collage of disparate parts. Needless to say it took the full three and a half years to really get it right!”

As if the soundtrack wasn’t challenging enough, The Pathless’ open structure presented additional hurdles. Players can choose to approach the world and narrative at their own pace, demanding that the soundtrack adapt to their actions rather than built-in story cues. Forging an emotional relationship between music and the on-screen events therefore takes an extra level of finesse to achieve.

“Open-world games represent a distinct challenge for exactly the expected reasons – especially when there is very much a story and the player's experience will still have its own linearity,” says Wintory. “We developed a system where the music follows a quasi three-act structure, but based on the player's choice and arc. So when playing you can do literally anything you want, go anywhere and the music makes a lot of real-time adjustments to make sure it's telling your story and that that story has some familiar three-act qualities.”

While the game’s structure broke ground new to both Giant Squid and Wintory, it helped that it was built off a long history of collaboration. As art director on both Flower and Journey at Thatgamecompany, Giant Squid’s creative director Matta Nava has worked closely with Wintory several times over the last ten years. That relationship has offered them both greater faith in how their work comes together.

“There's no question that having a history adds a lot,” Wintory says. “We end up with shared experiences to draw from, so that our vocabulary is more self-referential and less about simply pointing to other games. In other words, each dramatic challenge we face often has some sort of precedent from our previous work that we can draw from.

“On top of that you develop a lot of mutual trust. If I have a crazy idea I feel strongly about, it's easier for Matt to embrace it. And likewise, if Matt feels strongly about something in the music, I don't ever find myself second-guessing his instincts. I know that he speaks with purpose and any changes he asks for are coming from some place very real.”

If you’ve already played the Pathless, or have graced your ears with the tracks dotted throughout this interview, you’ll no doubt agree that the results speak for themself. The hard work of Wintory and his collaborating musicians has produced a stunning OST to rival the best of his work to date. On top of that, it’s crafted some memories and approaches to music production that he’ll struggle to forget.

“I never really end up feeling like any one aspect should make me more proud than any other,” Wintory says. “But I can say that this score really pushed me somewhere I'd never been before. Early in the project I had this day-long amazing improvised jam session with the Tuvan throat singing musicians, the Alash Ensemble. Usually improv is something I don't really build into my process and doing so this time really changed how I thought of the music. It exposed me to a whole approach I'd been ignoring!”

We’d like to thank Austin Wintory for taking the time to answer our questions. The Pathless is available now on PC, PS5, PS4, and iOS.