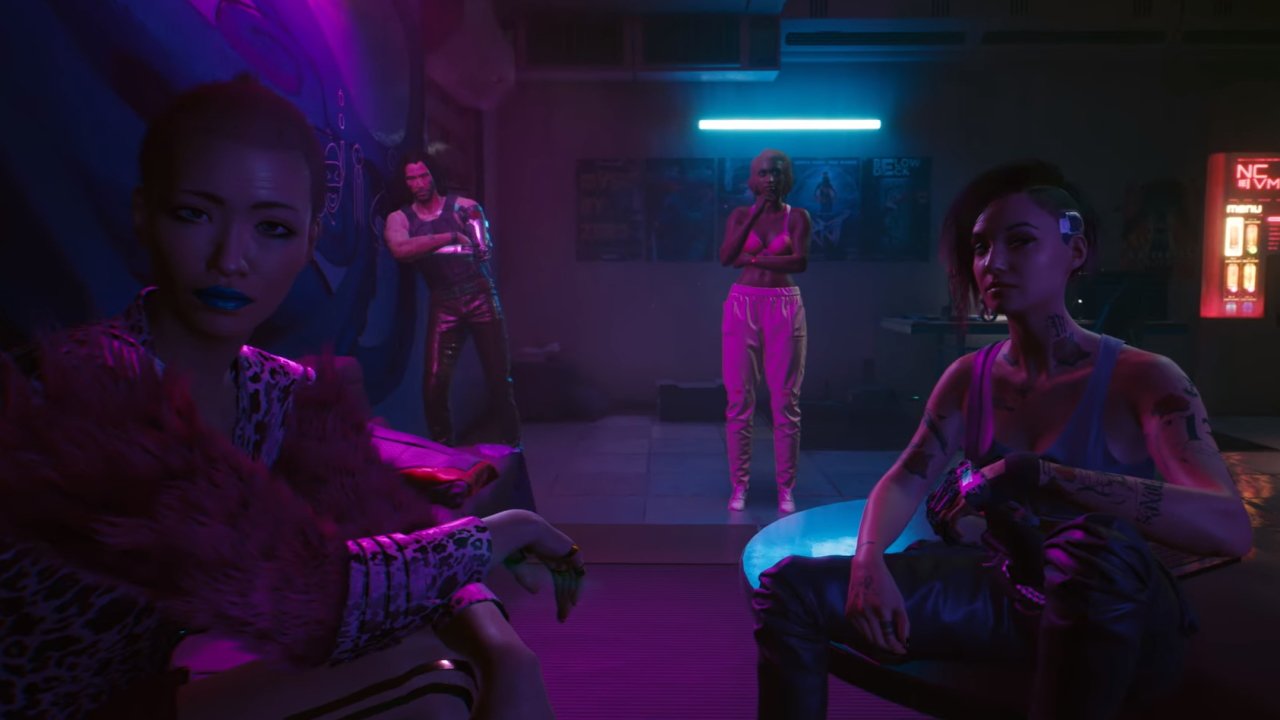 All romance options in Cyberpunk 2077

All the best places to find gaming themed gifts this holiday season.

If you’re looking for a bit more than a peck on the cheek in Night City, you’ll find there are several potential suitors available. However, your options will depend on factors like your character’s gender, as well as the choices you make during the game. In this guide we’ll aim to list all the romance options in Cyberpunk 2077 without spoiling plot points or details relating to them in-game. Bear in mind that Cyberpunk 2077 very much has a mature rating and isn’t afraid to show it during its romance scenes.

All romance options in Cyberpunk 2077

Night City might seem like a heartless place, but there’s some real love to be found in the Cyberpunk 2077 romance options. There are four main romance options (one straight and one gay for male V, plus one straight and one lesbian for female V). Along with that, there are also a few characters you'll be able to have more short term flings with for a bit of fun if you play your cards right. And if you’re just looking for a quick roll in the electronically modified hay, you can also get some action easily if you know where to look. Here are all the romance options we know of in Cyberpunk 2077 so far:

Moxes gang member Judy is one of the character’s we’ve seen a lot of in the run up to the launch of the game. A braindance expert, you’ll meet her early in the main storyline. Once you progress far enough, you’ll unlock her own quest path which will include some fairly obvious options to get more involved with her, provided you’re playing as a woman. Judy is a potential full relationship partner whose interest can shape the game’s story.

One of the easiest to miss romance options in Cyberpunk 2077, James Ward is a cop you’ll meet when completing the Side Job titled I Fought the Law. We won’t spoil the details, but wrap up that quest and Ward will get you involved in a few more before him making a move. River is available as a lasting relationship that can impact the game’s story.

One of the Nomads, Panam will be met during the main story. You can flirt with her early, but it’s through later Side Jobs that you’ll get the chance for things to get saucier. It'll take a while for Panam to open up however, so don't expect results immediately! Whether romantic or not, your relationship with Panam can have an impact on the story.

We haven't had time to find out much about romancing this fellow yet, but Kerry was Johnny Silverhand's partner in the band Samurai, performing vocals and on the guitar. He's been confirmed as a gay romance option for Male V and, like the other main options, the relationship can impact the story.

The hard-nosed (and double-crossing) Meredith works for the Militech megacorp. She’s not available for full relationships but you can romance her if you're a man and choose to call her during the main quest called The Pick Up. As you might have figured, Meredith won’t be interested in much beyond a night of fun.

We won’t say much about this lady as she's directly connected to your brain buddy Johnny Silverhand. Romancing (sort of) her involves working with him during his side quests. Again, she's not a full relationship option.

And finally, if you’re just looking for a cyber-romp, you’ll want to head to the west side of Japantown and find yourself a Joy-Toy. Male and female options are available, and they should be visible on your map as a pair of lips once you’ve been in the area.

That’s all we know about romance options in Cyberpunk 2077 so far, but if we discover any more routes that we’ve missed then we’ll do our best to update this page with more information. Click here to visit our Cyberpunk 2077 hub page where you’ll find all the latest guides and information on the game.