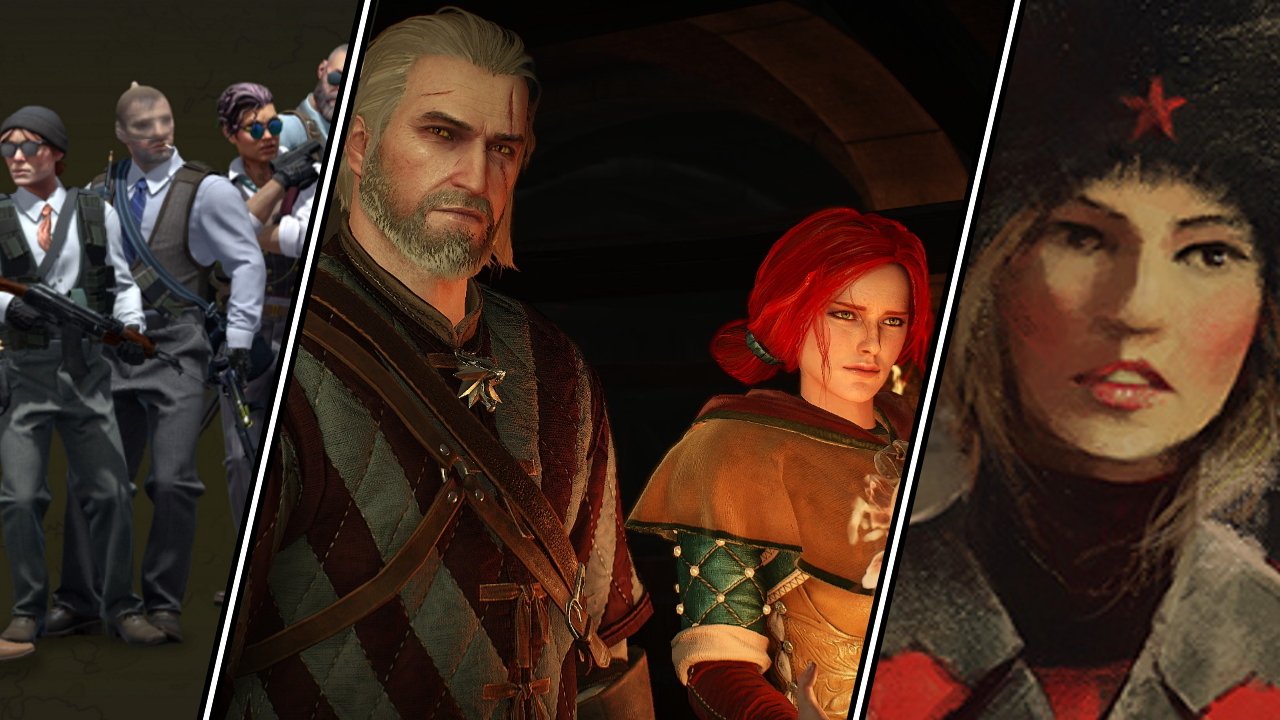 The games that we've returned to in 2020

The right game is as hearty as a heaped plate of lasagne. Okay, so your comfort food might not be quite so involved as ours, but the point is this: some games just make us feel at home. And in a year more stressful than the average, we’ve found ourselves returning to titles in our collection we’d thought forgotten. Whether it was to relax with friends or clear up our backlog, these are the games that we’ve returned to in 2020.

The games that we’ve returned to in 2020

As one of the old kings of PC gaming, Counter-Strike has seen plenty of pretenders to the competitive shooter throne rise and fall. When Riot Games announced Valorant, however, things were notably different. Here was a game built off the same recoil-steadying, headshot-scoring foundations as CS. Only this time featuring wizards, spells, and slick renovations. Best of all, it had a developer willing to support both tournaments and regular content drops in a way that Global Offensive has never seen. Why would anyone go back?

We’ve played an awful lot of Valorant this year, and for the shooter fans of the world, it really is something special. But returning to CS:GO for its brand new Operation served as a reminder of just how starkly different and special it is. There’s something undeniably gratifying about the reverberating boom of the AWP, or the ping as that perfect AK shot connects with an opponent’s dome. Counter-Strike: Global Offensive is uncompromisingly tough and to the point, but goodness is it brilliant.

Can you really return to something that you didn’t know existed? In this case, we’ll have to lean on the gaming community at large, who collectively discovered that InnerSloth’s 2018 indie release was the perfect game for a very confusing year. Built on the formula of social games like Werewolf, Mafia, and The Resistance, Among Us allowed us to hop on online, backstab our friends, then accuse someone else and have them chucked out of the airlock.

As gamers returned to the two-year-old title in droves, we can only imagine the resurgence was most surprising to the developers. After two years of sustaining a happy but quiet community, players and streamers swarmed the game to get a slice of the action and their friends. And just like that, Among us went from relative obscurity to scoring premium airtime on prestigious shows like The Game Awards. Now that’s a heartwarming success story.

The physical edition of the board game Scythe gobbled up our hearts in early 2019, teasing our strategy-deprived brains with a competitive puzzle of perfect build orders and mech placements. Aaaaand then 2020 arrived. All hopes for in-person game sessions swiftly went out the window, were loaded into a spaceship, and launched off to another planet where people are presumably able to enjoy activities with their friends.

Thankfully, while our cardboard collection has been quietly collecting dust, digital board games have stepped in to fill that social hole. The latter half of this year has seen us shimmying virtual pieces across pretend tables with impressive regularity, and digital adaptations like Scythe and Root are so good that we might struggle to return to their more tactile counterparts in future.

The Jackbox games were a contstant background noise during the our college years, the kind of things someone would throw on a TV at a party when too tired or inebriated to handle anything more complicated or another beatdown in Super Smash Bros. While the series has continued to trundle on in the years since, we'll admit that we'd largely forgotten about it. However, with everything shunted online in 2020, Jackbox has made a more than welcome returned as one of the best ways to have a luagh with distant friends and family members.

It helps that this year saw the release of one of the best entries yet. Jackbox Party Pack 7 includes a brilliant update to Quiplash along with ingenius new ideas like Talking Points, which sees contestants presenting powerpoint presentations on the fly, except the slides they're talking through have been made by someone else. If you haven't tried Jackbox this year, jumping on Discord during a game is enough to almost make you forget the distance between you and your pals.

Perhaps it was The Witcher on Netflix at the tail end of last year, perhaps it was the never-ending series of delays Cyberpunk 2077 suffered, but we found ourselves craving a return to The Continent. Aside from some of the long-standing quirks of the open world genre (many of which are getting a thorough soaking in the limelight of CD Projekt Red's latest game launch) it holds up remarkably well. Definitely worthy of the homages several other open world titles have paid it in recent years by emulating the evolving quest structure and surprise appearances of old characters. A perfect way to spend another 200 hours making sure your vineyard in Toussaint is a better home than the one you've been stuck in for 20,000 hours already this year.

Those were the games that we found ourselves returning to in 2020, but what about you? Let us know which games you’ve been revisiting in the comments below. For all our other 2020 roundups, click here!