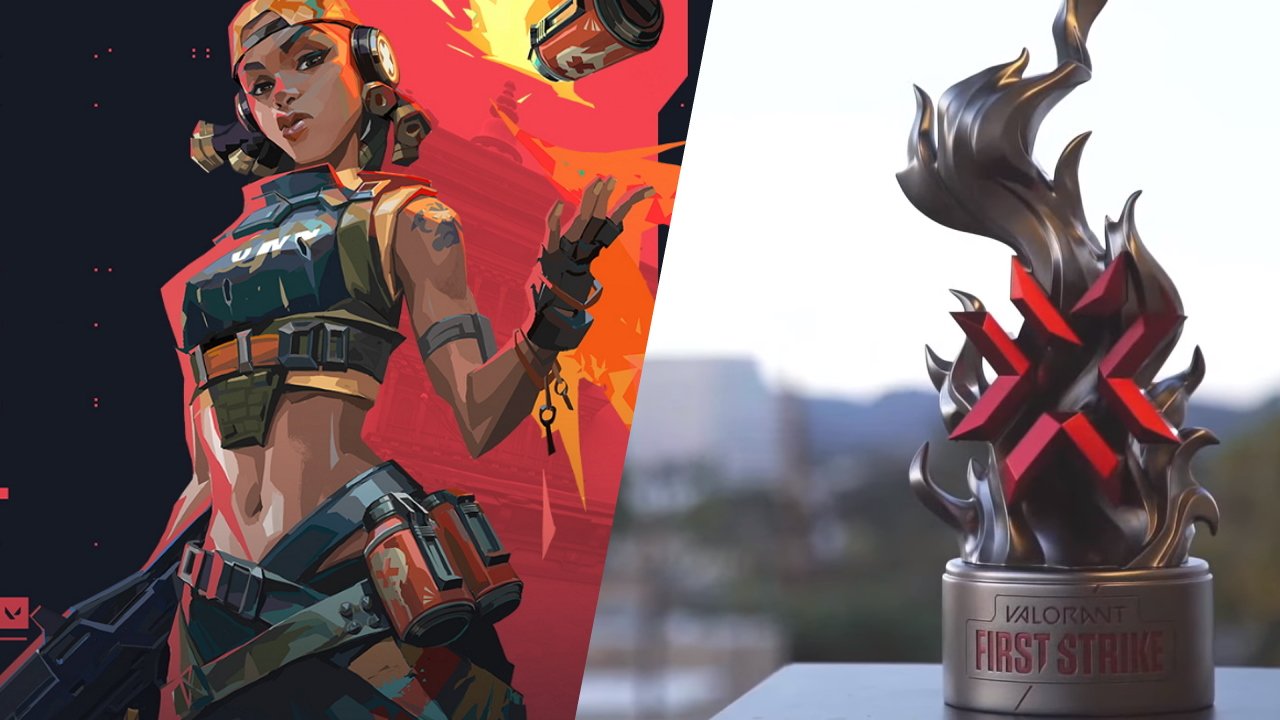 Valorant: First Strike - highlights and best plays from the event

What a weekend it’s been for Valorant fans. With First Strike finals taking place all over the globe, it was a veritable fiesta of action, upsets and jaw-dropping plays. With the NA event having just crowned 100 Thieves as its champion, we decided to take a look back at the greatest moments of the event. Raze and Sova fans have a lot to enjoy in our roundup of highlights from Valorant: First Strike

In the NA scene, 100 Thieves blew past all expectations on their run to the finals, winning the event with a roster just two months old. Their team composition turned out to be perfect, and it was hard to deny the impact of seasoned Counter-Strike pro Hiko.

Capable of keeping calm in the toughest of situations, Hiko used Sova’s toolkit perfectly to clutch countless rounds for his side. While it’s far from the flashiest play out there, we could help but highlight his own, self-satisfied chef’s kills after winning a 2v1 against TSM.

Speaking of Sova’s toolkit, The observers pulled off an impressive job capturing Hiko landing a dart on not one, not two, but three of TSM’s squad to deny a pistol round retake. That’s got to smart.

The other old dogs nitr0 and Steel weren't going to let Hiko have all the fun though. In the clip below they work together perfectly after steel lands a disgusting flickshot to wipe T1 from the map.

The older players may have stolen much of the show during the NA portion of the show this weekend, but the younger guns on the 100 Thieves roster had plenty to say for themselves as well. 17-year-old Asuna’s standout moment came during the first match of the grand finals, stopping TSM dead (quite literally) with an outrageous triple kill using Raze’s Showstopper ultimate. Oh, and then he goes on to back it up with an Ace. Simple stuff, really!

Not just content taking on numbers, Asuna showed he has the wits to back it up. Pinned in a corner during their match against Sentinels, things seem grim when opposing Raze SicK lobs a grenade his direction. With lightning fast reactions, Asuna uses two blast packs to launch upwards and out of the way of a grenade, all without once breaking cover. Now that’s quick thinking!

In fact, Asuna basically scored an entire portfolio of nutty plays all by himself. This round against T1 saw them desperately rotating to cover A-Site, only for T1 to make hte quick call to jump through the teleporter. Asuna – showing incredibly quick planning once again – leaps from heaven to launch his Showstopper ultimate through the TP behind them, taking out AZK and leaving his team in a 3v1.

TSM were far from embarrassed however, as their star players had plenty of flashy moments too. Check out Wardel putting Jett’s ultimate to good use on a rapid retake of Haven’s B-Site.

Over on the Korean side of the event, Razes are doing things even more ridiculous. Former Overwatch pro bunny shows us just how powerful Raze’s movement can be, leaping straight over the entire site, shotgunning Zest in the back mid-air as he does so. Yeah, go ahead and try replicating that one, then follow it up with two more kills and a defuse to win.

The EU scene’s ScreaM may have been known as the one-tap god back in his CS:GO days, but here in Valorant he could be earning the title of classic double dinker. Heading into the round with little more than Jett’s ultimate and his starting pistol, Scream manages to scout the site, take down one foe, and then flip around for an outrageous double headshot at range with the basic pistol. Did he even need that ultimate!? Either way, remaining foes AnovA and pAura stood no chance when he came to clean up the round.

And finally, for anyone thinking top-level Valorant would look too similar to CS:GO, all we have to say is please watch this outrageous clip from First Strike Brazil.

That’s all for our Valorant First Strike highlights but if you saw another incredible play then please share it with us in the comments section below! For more Valorant content, click here to visit our hub page for the game.