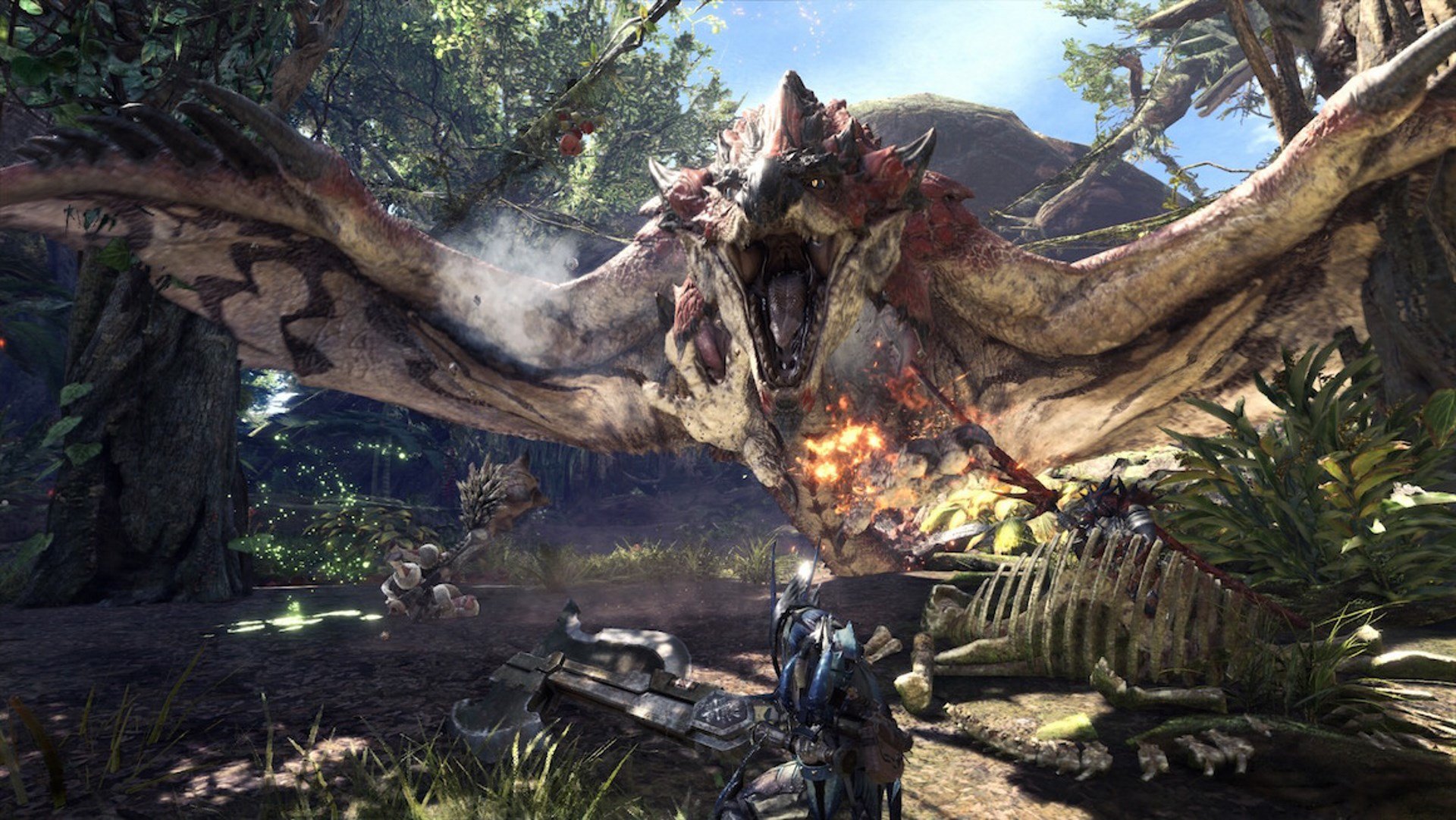 A little extra incentive to pick up an Xbox One S this year.

Monster Hunter World has dislodged PUBG as the best-selling paid title on the Xbox Store.

Getting to grips with World? Find out how to set up your cat friend with our Palico gadgets guide.

PUBG held the top spot for two months, and considering the game’s seemingly unstoppable popularity, it’s a testament to just how well Monster Hunter World has been doing in the western market. World has already shipped five million units, combining digital and physical releases across all platforms.

Despite Xbox One being left out of the pre-release betas, fans have still been eager to jump on the latest in the series, pushing PUBG to second place in the US charts (though, it should be noted, PUBG retained the #1 spot in the UK).  Credit goes to members of the ResetEra forums who spotted the change. World holds both first and third spots on the US charts, with the Digital Deluxe Edition taking the latter position.

Monster Hunter World can expect a second breath of life when the game launches on PC later in the year, though fans will need to be patient in waiting for the Fall release.