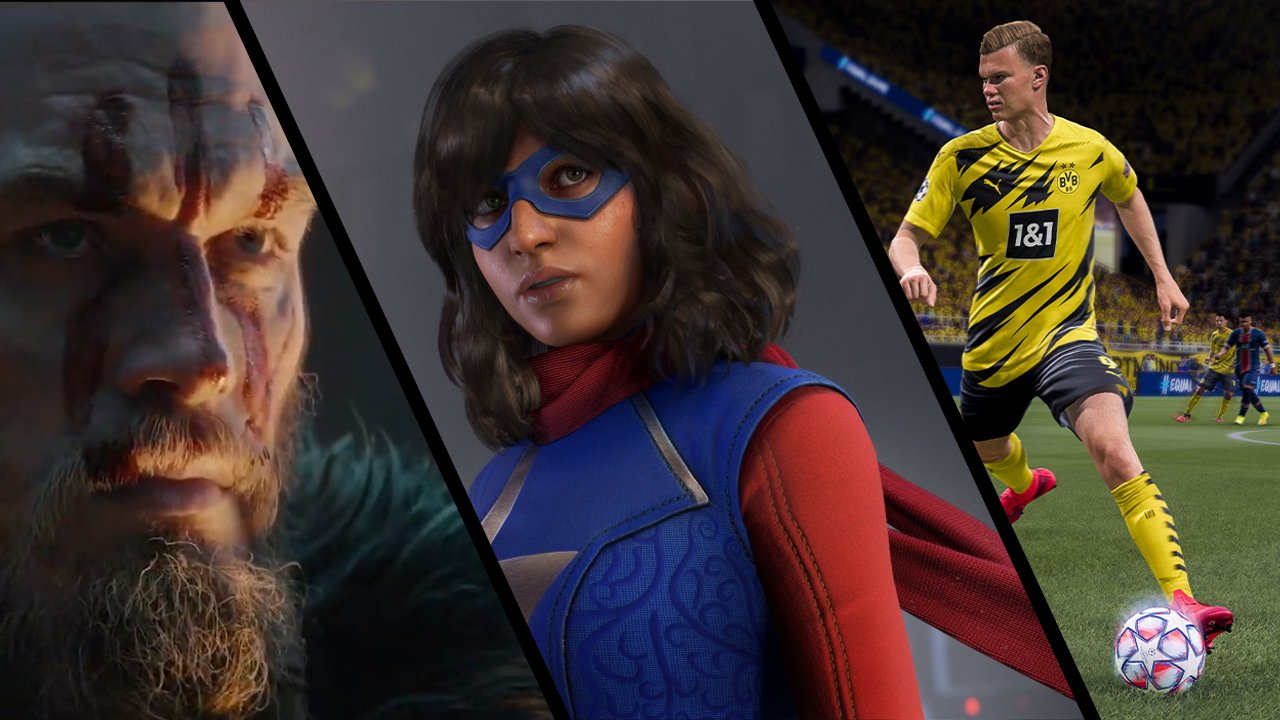 Planning your next (gen) big move? If you’ve got your sights set on a PS5 upgrade in the next few months, it pays to start your preparations now. There are loads of PS4 games which will be getting free PS4 upgrades with improved graphics and features. As such, picking them up for cheap now or in upcoming discounts is a very smart move. Even if you don’t want to play them yet, you’ll save yourself a lot of money compared to buying the next-gen version. Below, we’ve rounded up a few ps4 games you should consider grabbing during sales before you upgrade to the PS5.

Before you add any of the game’s below to your baskets, it’s worth making sure you understand how next-gen upgrades work. When it comes to digital and physical releases, you can only get a free upgrade of the same kind. That means if you buy a physical version of a PS4 game, you’ll need to keep hold of the disc and use it in the disc drive of the PS5. If you plan on buying the digital PS5, you’ll only be able to upgrade digital downloads that you own. WIth that said, here are the games worth picking up.

If you’re not fussed about getting the original Spider-Man’s remastered PS5 edition (you’ll want Miles Morales Ultimate edition for that), then grabbing Miles Morales on PS4 will save you a lot of money compared to the PS5 release. Once you do swap over to the PS5, you’ll be able to enjoy improved graphics and load times. In addition, you can choose between performance and fidelity modes. The former will ensure it runs at a smooth 60fps, while the latter will add ray-traced reflections and other fancy tricks. Grab it from Amazon here, or hope for more reductions during future sales.

Much like Miles Morales, Assassin’s Creed Valhalla offers a free next-gen upgrade from the much cheaper PS5 release. If you’re interested to try out Eivor’s journey, you’d do well to purchase it on PS4 first, then upgrade to the next-gen version to enjoy ray tracing, 4K support, or a solid 60fps performance. Pick it up from Amazon here.

Pairing up with the 10-year anniversary of the series, 4A Games has announced a next-gen version of Metro Exodus is on the way and yep, PS4 and Xbox One owners will be getting a free upgrade. The update promises "major enhancements including faster frame rate, increased resolution, reduced loading times, and stunning Ray Tracing" so you'd do well to keep an eye on the Amazon page for a discount that'll let you net that upgrade for cheap.

Another Ubisoft title with free upgrades from it’s PS4 version, Watch Dogs Legion doesn’t have a boxed PS5 release for its standard version. We expect one is on the way, however, so it’ll likely prove best to pick up the PS4 version which is already seeing steep discounts. The PlayStation Store already has the game reduced to $40.19, and Black Friday will see GameStop drop the price to $32.99, which is quite the steal given the next-gen version includes full ray-tracing and 4K support.

Geralt’s adventure is getting a big update for next-gen, with added ray tracing and zippy loading times. You could pay out for the standalone next-gen release, but if you buy the PS4 version now, you’ll get a free upgrade to the PS5 release once it’s out. Given how old The Witcher 3 is, you shouldn’t need to splash out very much to pick it up. You can pick it up from Amazon here, but we recommend that you check the usual sale times like Black Friday for more discounts.

The Last of Us Part 2

Naughty Dog has yet to announce any next-gen upgrades for The Last of Us Part 2, but it’s a fair bet that they’ll be coming. We can’t guarantee that a free upgrade will be included, but it seems the smart play to pick up the game now for less than risk paying more later. The game is currently on sale for just $29.99 on Amazon, and during Black Friday both Best Buy and GameStop will match that price as well.

Electronic Arts is offering free next-gen upgrades for both Madden NFL 21 and FIFA 21, but only until the launch of Madden NFL 22 and FIFA 22. That’s still a pretty generous offer and means there’s no rush to grab the games immediately. However, if you plan on getting either sports title on next-gen, you should definitely grab the current version beforehand. While they are available on Amazon, we’d once again recommend waiting for Black Friday, when GameStop will drop the price down to $26.99.

Publisher 2K got in a bit of trouble with their next-gen plans, as the standard edition of Control won’t grant a free next-gen upgrade even if you’ve bought all the DLC. Pick up the Ultimate Edition however and you’ll get the next-gen version included with upgraded graphics and performance. If you’ve already played it through, we don’t recommend splashing out on the Ultimate Edition again as it’s quite a bit more money. You’ll still likely have better luck finding the PS4 version discounted prior to the PS4 release, but there’s no rush here. Keep an eye on the Amazon page for future sales.

A PS5 version of Marvel’s Avengers will be released some time in 2021, and anyone who owns the PS4 version will be entitled to a free upgrade when it arrives. Given Black Friday promises plenty of discounts for the game from a range of sellers, it might be one to pick up ahead of the PS5 version. With no date listed for the PS5 version however, you could also hold off for bigger sales in future.

Games to keep an eye on

If you’re not likely to be picking up a PS5 until the early months of 2021, several other unreleased titles will also be offering free upgrades. There’s a good chance they’ll be cheaper than their PS5 versions, so be sure to check the games for potential PS4 purchases:

Affiliate Disclaimer: Any purchases made through Amazon links on this page may provide us with a small commission.

And that’s our full list of games to buy to save money on their PS5 upgrades! There are plenty of other games out there offering upgrades for next-gen consoles, but only some of them will be getting full, next-gen releases. If any of them do get releases, then you should always check if you can save money by buying the PS4 version for the upgrade instead! For more PS5 content, click here to visit our hub page. Looking for upcoming discounts? Click here to see all our Black Friday 2020 content.