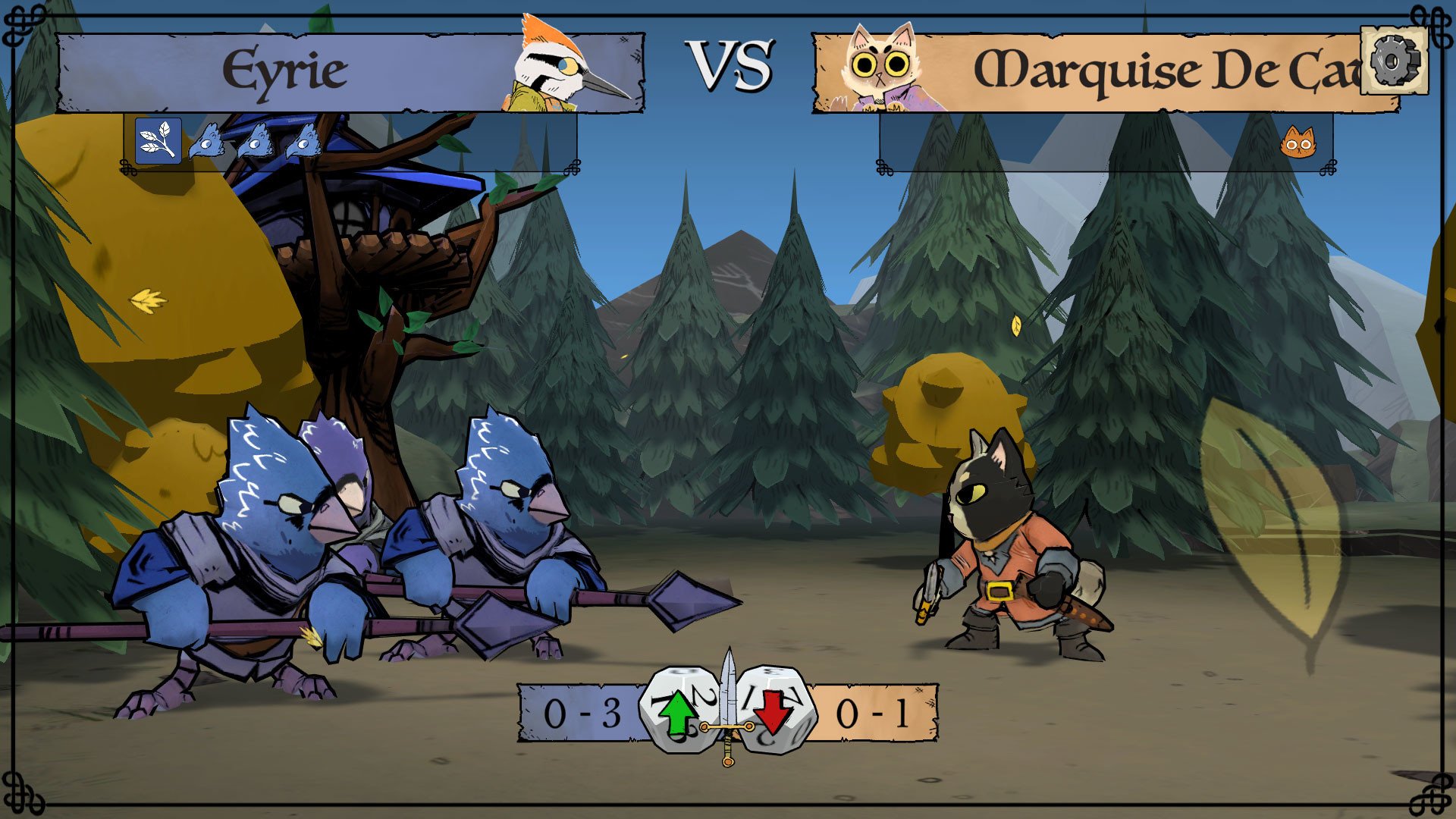 Digital board games that don't suck

Why on Earth would you play digital board games when video games are right there? Typically, we’d be with you on this one – there are plenty of slapdash board game ports out there after all. And when playing on PC, you’ll all too often find that you’re loading up a game that’s clearly been created with mobile devices in mind. But put those groans aside, because for the dedicated dice tossers out there, recent years have seen some impressive adaptations. Below, we’ve rounded up some of our favorite digital board games on PC that are well worth checking out with your friends.

Digital board games that don’t suck

Almost all of the games in our digital board games list below are available as standalone releases on Steam. But we’d be remiss if we didn’t mention Tabletop Simulator as well. The controls and interface won’t be for everyone, but if you’re willing to put up with them then ther range of game mods on offer make it one of the best places to get your board gaming fix.

Cole Wehrle’s Root is one of the most deceptively pretty board games out there. Hidden under the gorgeous and undeniably adorable art is a ruthless game of strategy and planning. Each player takes control of a unique woodland faction in a battle for the forest’s heart. The Marquise de Cat fights a typical strategic battle, constructing buildings and martialing troops to face off against the imperious, decree-led Eyrie. Both of them will need to keep the guerrilla-style Woodland Alliance under control, and all three together will need to balance relations with the Vagabond player, who’s running around in their own little RPG world.

Root is a bold, complex take on asymmetric gameplay, and one that requires all players to be of a similar skill level. As such, it’s a great game to play repeatedly with the same group everyone honing their skills together and adapting to the tactics of the game’s last winner. It helps that this is one of the finest digital board games about, with entertaining animations and music that liven up the experience. Plus it’s a great chance to shout “I am Root!” whenever you when a game. Root is available on Steam, here.

Not had your fill of tactics yet? Us neither, which is why we’re still playing Scythe’s Steam release on the weekly. If you’re a real-time strategy fan – rest in peace, our beloved genre –  Scythe will feel right at home as you plan build orders and resource production in a race to victory points. Combat is, typically, minimal, but that doesn’t make it any less brutal when someone boots all your pieces back to your starting space. Much like Root, this is a title to be learned and replayed as a group. Once you combo turns together though, you’ll scratch an itch that only Scythe can scratch.

The interface can prove a little unwieldy at first, but once you get to grips with it, turns rattle through at solid pace. It doesn’t quite have Root’s quality in art and animation, but the digital release handles plenty of the pesky scoring and management systems for you. It’s also much quicker to learn, with only a few key differences between the faux-european factions. Get a group heavily involved and there are several expansions to play with as well. Scythe is available on Steam, here.

If all that strategic planning has left your mind in a stressful puddle then let us offer a moment of respite. Bathe yourself in the soothing sounds and sights of Elizabeth Hargrave’s Wingspan. The premise sees you competing to attract feathered friends to your forests, fields, and wetlands. Collect food, play birds, then encourage your flock to pop out some eggs. Each bird placed grants a power, allowing you to build up an engine that unlocks more and more actions in subsequent rounds. It’s a satisfying experience that, while technically competitive, will largely be spent blissfully expanding your collection alongside your friends and family.

The physical edition has won numerous awards for its clever design, stunning art, and delightful theming. While the digital version can’t quite match the tactile production qualities, it compensates beautifully with sound effects for each and every bird. Throw in an achingly lovely soundtrack and Wingspan’s digital port rightfully earns a place as one of the best chillout games of the year. You can soar over to Wingspan’s Steam store page here.

We honestly don't know what's going on in Shards of Infinity's cybernetic/nature-enhanced future, but you'll be hard pressed to find a better online card dueler. Rather than jumping into matches with a pre-made deck of cards, deck builders like Shards ask you to build up your supply mid-match, picking and choosing between a pool of cards shared by your opponents. Build an engine designed to deal direct damage, heal yourself, summon mighty champions, or generate mastery to unlock powerful card upgrades as you race to victory.

Though it's best for one-on-one showdowns, the digital adaptation of Shards of Inifinity supports free-for-all matches for up to four. You can play  live with a pal or set up asynchronous matches to dip into each evening, trading turns whenever you've got a spare few minutes. Shards is available on Android, iOS, and Steam.

Have you checked the obituaries recently? We’ve got bad news, because one of your friends has been murdered! Thankfully, you’re a psychic medium capable of figuring out who’s to blame. This co-operative experience sees a collective of players work together in deciphering clues from their acquaintance=beyond-the-grave. Speaking from spiritual realm isn’t easy, however, and the ghost player can only communicate through abstract art cards. If each investigator can piece together the who, where, and with what’s of the killing, they’ll get a chance to identify the real killer from a lineup.

We’re breaking our own rules here a bit, as Mysterium’s Steam release is very much a mobile port, complete with a slightly shonky interface. But given how much fun the core game is and just how little you need to interact with the UI, we’re willing to give it a pass. Whether you win or lose at Mysterium, each game will end with an explosion of chatter from the ghost, who’s likely had to sit in silence as your group of detective dunces goes off on tangents and misreads the most obvious signs. You can grab Mysterium on Steam, here.

If you've looked at the news recently, you might have realized that Earth is in a bit of a state. Rather than solve our problems here, however, Let's head to the stars so we can transform another planet! In Terraforming Mars, players take command of rival corporations, racing to terraform the red planet into a living, breathing world faster than their rivals. By playing cards you can implement scientific programs to increase the temperature and oxygen of the planet, planting lakes, cities, and greeneries over the course of generations.

Terraforming will earn you points, but the path to success is in boosting your production options and income to fund more expensive cards. Terraforming Mars is the ideal game to spend a lazy afternoon over with friends, chatting as you slowly make your way through the generations required to reach terraforming completion. With built-in options for drafting and expanded card sets, there's plenty to keep you entertained over plenty of play sessions. It's available on Steam, here.

Codenames is one of the greatest party games ever created, welcoming in both seasoned and beginner board gamers alike. Two teams face off over a five by five grid of words. Two players on each team take the role of spymasters who can see which words belong to their sides. Giving single word clues with a number to indicate connections on the grid, they take turns helping their side guess correctly. Just make sure to avoid accidentally linking the assassin word, as one wrong selection there will mean instant game over.

Handily for a year in which face-to-face interaction is limited, Codenames is also one of the easiest and best to play online. The creators have put the entire game online in a free, browser-based edition. All you need to do is create a room and then send the URL whizzing over to your mates. Best of all, when playing online the Spymasters won’t need to work on maintaining a poker face. That said, a mutable microphone may be necessary to hide a few frustrated sighs each time your team convinces themselves not to pick the correct option. Click here to try your hand at the online version of Codenames.