By learning where and how to upgrade the Crescent Falchion, you can beef up Demon's Souls' powerful early game weapon. 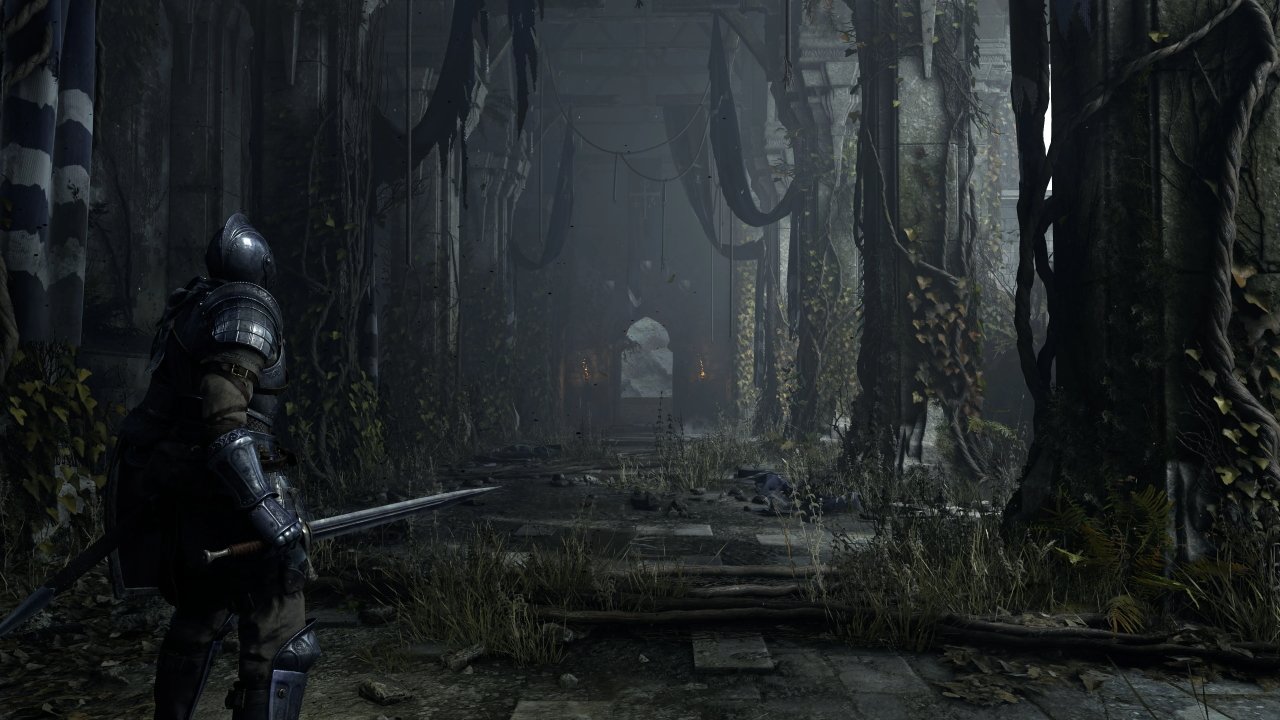 There are a few key Stone of Ephemeral Eyes farming spots in Demon’s Souls, which we’ll separate below. You may only have access to a few areas, so pick the one which seems most achievable to you. To start things off, we've listed one guaranteed place to grabe a stone if you're desperate.

5-1: Purchase from the Filthy Woman merchant

If you’re not looking to farm Stone of Ephemeral Eyes and just want to return to body form, you can purchase the item from the Filthy Woman merchant in 5-1. She will only sell it to you while in soul form and won’t stock another until you’ve used it and died in human form once more. However, if you’re desperate to find a single Stone of Ephemeral Eyes to recover your true body, this is a guaranteed way to get it.

One of the furthest parts of the game, but the best for farming. The Plague Babies in world 5-3 have a pretty good drop rate for Stone of Ephemeral Eyes and you can boost this again with your Luck stat or the Large Sword of Searching. Be warned that you’ll need to survive Plague damage while doing so. Some folks who want to take on a fancier route farm the groups of Plague Babies in the Maiden Astraea boss area (provided you haven’t already killed the boss). These enemies are tough, so we advise using a ranged attack or AoE like God’s Wrath.

If you’re not quite so far along as the Plague Babies, you can also gain Stone of Ephemeral Eyes by killing a Black Phantom in 4-2. The one you're after is in the pit that friendly neighborhood backstabber Patches will push you down. If you’ve not been there yet, Saint Urbain will be found here along with a nasty, Black Phantom holding a Katana. Killing this guy will drop a Stone of Ephemeral Eyes along with some Darkmoonstone bits (useful for upgrading the Crescent Falchion). Unfortunately, this Black Phantom will only respawn if you kill Saint Urbain, which will lock you out from the Miracles he offers. You can rescue him, purchase the miracles and then kill him in the Nexus if you want. It’s up to you if you think this is worth it and your concious can stomach such ruthless behaviour.

Be warned that using the Stone of Ephemeral Eyes and dying a lot while in human form will shift the world state towards the black side. This increases the spawns of more difficult enemies (though their item drop rate will also increase). Essentially, unless you’re aiming to get a tougher world state, you should aim to use this item sparingly, or only once you’re confident of success in an area.

That’s all we know about Stone of Ephemeral Eyes farming in Demon’s Souls. If you’re still hungry for more routes, the Demon’s Souls Wiki has an entire page dedicated to this much-desired item with more methods than we’ve described here. Hopefully you’re able to get the chunks you need so that you can return to your much lovelier body when desired! Click here to visit our Demon’s Souls hub for more tips and tricks for the game.