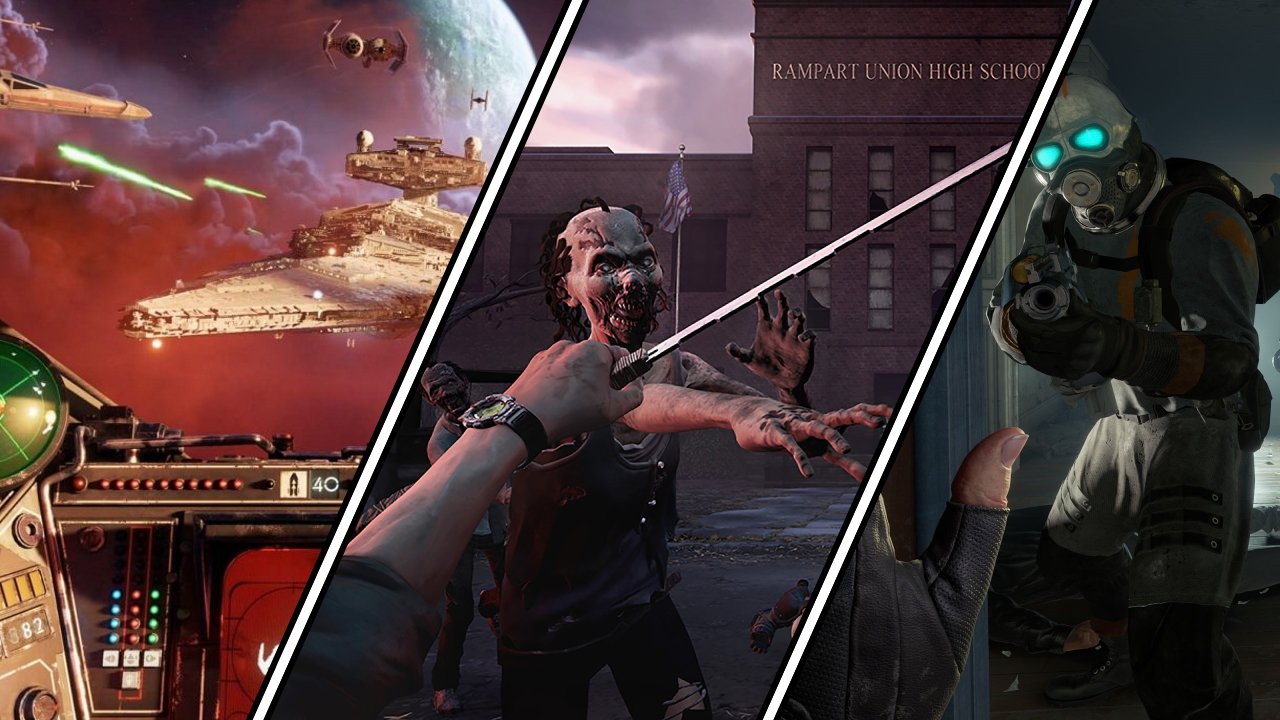 In a year like this, thank goodness we have virtual reality to escape into. 2020 has proven a particularly strong year for VR gaming too, with a host of excellent titles releasing on a range of different platforms, and the launch of the rather excellent Oculus Quest 2. If you're new to VR or just want to make sure you've caught up on all the greatest hits, we've rounded up the best VR games of 2020 below for you.

Collected below are our picks for the best new VR games of 2020. Some require a VR-capable PC, while others can be played on the PS4 or standalone headsets like the Oculus Quest 2. We've made sure to include the important details with each game so that you know where and how to get your head in the game.

There’s a lot of nostalgia for the TIE-Fighter games of old, and Star Wars: Squadrons is the closest thing to a modern take on the series. Thanks to the magic of VR, you can now plonk yourself directly into the cockpit of an X-Wing or TIE to do battle among the stars. Best of all, VR support is provided throughout, and easily makes for the best way to blitz through both campaign and multiplayer.

Soaring through a rolling loop that sees you skim over the surface of a Star Destroyer is an unrivalled experience in Virtual Reality. Pair it with a compatible joystick and you’ll struggle to tear yourself away. Squadrons is one of the finest dogfighting games in years, and a spectacular Star Wars title too. And when it’s available at such a cheap price, Squadrons easily locks its targeting computers on a high ranking in our list of 2020 VR releases.

There are plenty of VR games out there that’ll let you take on the zombie hordes. Saints & Sinners outclasses mose through the satisfying weight to its combat, then throws in an enjoyable story and survival experience on top. The hype over the TV series and comics may have died down but, some rougher edges aside, Saints & Sinners has plenty to keep series fans  (or general zombie lovers) entertained.

It’s been six months and we still can’t quite believe that a full new Half-Life game was released this year. Set before the events of Half-Life 2, Alyx lets you explore City 17 like never before. Headcrabs might seem pretty feeble to Gordon these days, but physically dodging them as they leap toward your face in VR is an entirely different ballpark of terror.

Working to undermine the Combine forces enslaving the planet, you’ll need to sneak through the city’s underbelly, taking down zombies and soldiers alike. We’d rather not spoil too much more of the story, but it’s safe to say that Half-Life: Alyx is one of the most involved and polished VR games out there. If you’ve got a PC capable of running it, Alyx is an unmissable experience.

Originally released in 2019, Vader Immortal has found a place on this list purely for PSVR users. Now that the Oculus exclusivity has expired, console VR gamers can also embark on this adventure. It’s not quite the best Star Wars VR release out there – Squadrons holds the crown there for our money – but Vader Immortal is still a damned fine journey that movie fans won’t want to miss. If you’re a PSVR owner looking to waggle a lightsaber in cinematic duels, the three chapters of Vader Immortal is the closest thing to taking up your own starring role.

So we’re cheating a little with this one, but Boneworks released right at the tail end of 2019 and likely missed its place in many recommendation lists. Before Alyx dropped unexpectedly into the world, Boneworks was easily the closest thing to a VR Half-Life title thanks to an emphasis on physics, puzzles, and entertaining interactivity.

It’s a pretty complex experience, meaning you’ll need a VR-capable PC to play it. Beyond the story, there are a number of sandbox modes to enjoy here that encourage creative play with your environment and enemies. For experienced VR players, Boneworks is a must.

The Room VR: A Dark Matter

Escape rooms have taken a bit of a back seat this year for obvious reasons. Thankfully, you can still enjoy the thrill of piecing together a physical puzzle in virtual reality. The Room VR: A Dark Matter sets players to work in The British Institute of Archaeology, unravelling a mystery over the disappearance of a renowned Egyptologist. If you’re after a smartly crafted enigma to step into and play around with, this is a game you’ll absolutely need in your VR collection.

Those are our picks for the best VR games of 2020, but if you have others that you think deserve recognition, then be sure to share them with us in the comments below! If you’re one of the lucky souls to have picked up an Oculus Quest 2 recently, consider casting your eyes over our list of the best games for the headset as well!