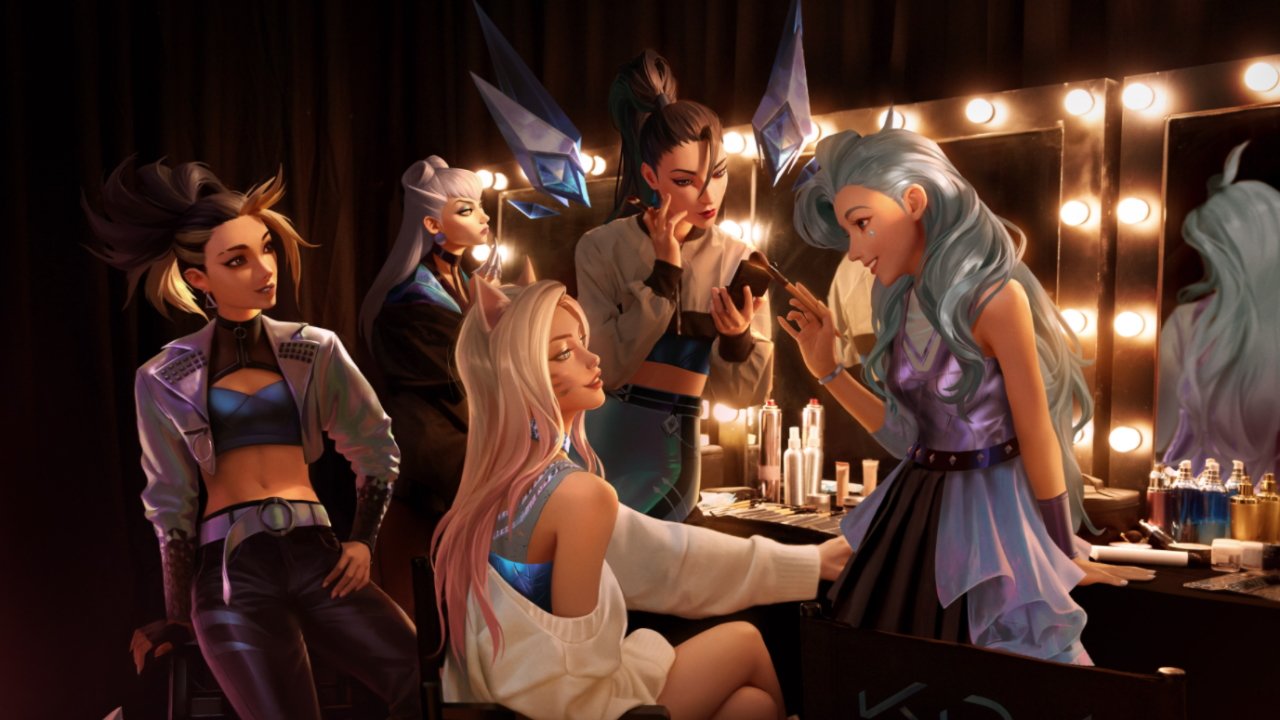 With today’s release of the All Out EP, virtual pop group K/DA have proven that they’re no one-hit-wonder band. Their new tracks might not have made quite such a meteoric impact as Pop/Stars did back in 2018, but the League of Legends champs certainly know how to produce a bop or two. If you’re trying to catch up on K/DA is all about, or just want to enjoy all the tracks and videos again, we’ve collected all the K/DA songs released so far below for you to enjoy.

In case this is your first experience of K/DA, the band comprises League of Legends champions Ahri, Evelynn, Kai’Sa, and Akali, performed by a selection of singers which has changed between songs. In the recently released EP, they’re also joined by champion Seraphine for the song More. First debuted in 2018, the band went on to perform Pop/Stars at the League of Legends World Championship that year.

K/DA is officially led by Ahri, with further details on the members available on Riot’s dedicated webpage for the band. At the time of writing, only Pop/Stars and More have had official videos produced. With that out of the way, it’s about time we rewarded your eyes and ears. Here are all the K/DA songs and videos released so far:

Related: the rise of virtual influencers in gaming

If you’re looking to enjoy K/DA’s songs through other platforms, the entire All Out EP has been released on Spotify, so click here to give it a listen. Alternatively, it’s also been made available on Apple music, which you can reach by clicking here.