Find out which games will be playable when the PS5 releases this holiday season. 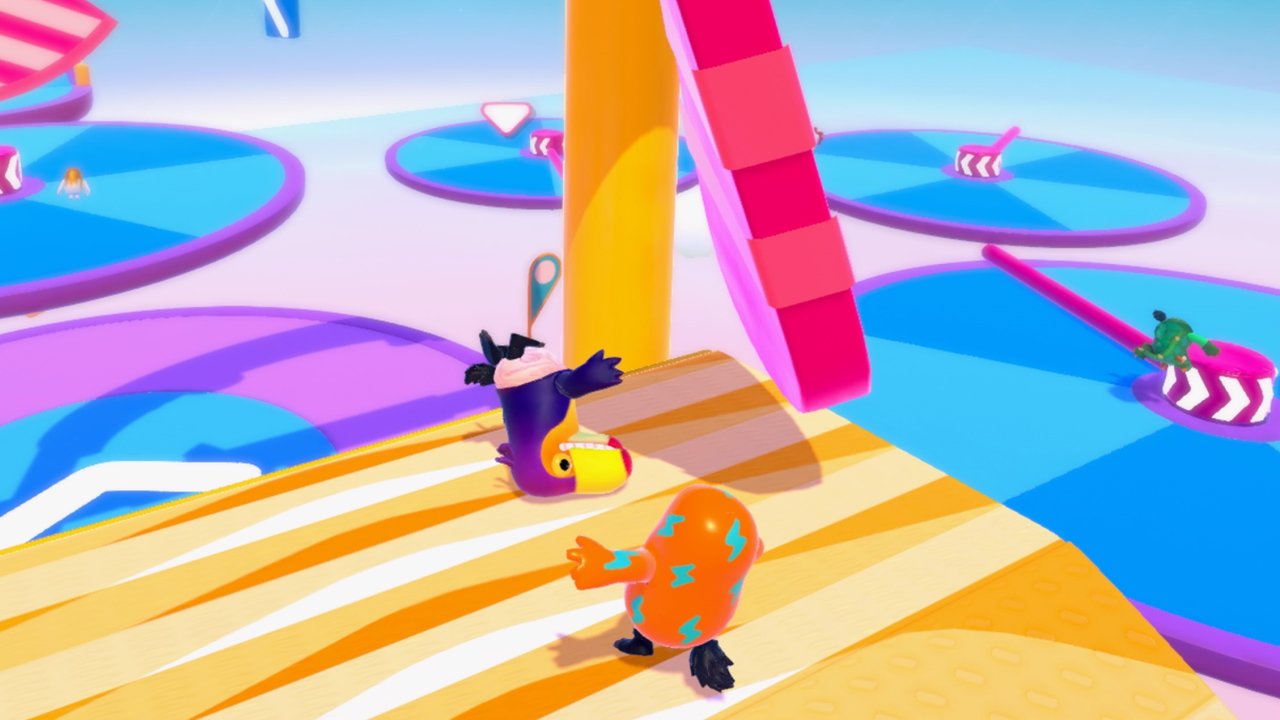 New MyPLAYER mode harks back to the good ol' days of NBA Street, with rival hoods and style in NBA 2K21.

Fall Guys Season 2 has been chugging along with its medieval theming for almost a month now, but change is on the way with a new level promised in the mid-season update.

Never one to avoid the chance to tease the internet a little, Fall Guys’ social media account posted yesterday that the upcoming mid-season update will feature a brand new level called Big Fans. Given this is Fall Guys we’re talking about, you can expect that name to be pretty on the nose regarding what’ll show up in the level itself. Fans of Whirlygig, it appears your claims for a sequel may have finally been answered.

To celebrate, he's stomped his way into Fall Guys!

There may be some leaks of other things in this video... lol oops pic.twitter.com/JqGf5tBc7z

The Fall Guys Twitter account has been teasing updates planned for the mid-season shift for a while now, including some fairly devilish modifications to the tiresome Perfect Match level. Much like the first season, expect new tricks and traps in the levels you’ve likely mastered by this point. WIth many little yeetuses (rotating hammers, for those out of the vernacular) planned to pop up, we’re hopeful the changes could shake up some of the worst rounds in the game.

We don’t yet have a date for the mid-season update, but given the previous season lasted a few months, you can expect it to drop before too much longer. That hasn’t stopped the indie title from delivering plenty of other exciting news in the meantime, however. This week saw an official Godzilla skin enter the game, with a few variations of currently level visible in the footage. On top of that, it looks like the immensely popular K-Pop band BTS will be playing the game together soon as well. Expect the game to be swarmed by the Army before long!

We’ll update you as soon as we know more about the Big Fans level coming to Fall Guys in the mid-season update, but until then you can always discover what your Fall Guys skin says about you as well. We promise it’s nothing mean. Or at least, not unless you’re one of those grab-happy boxers.