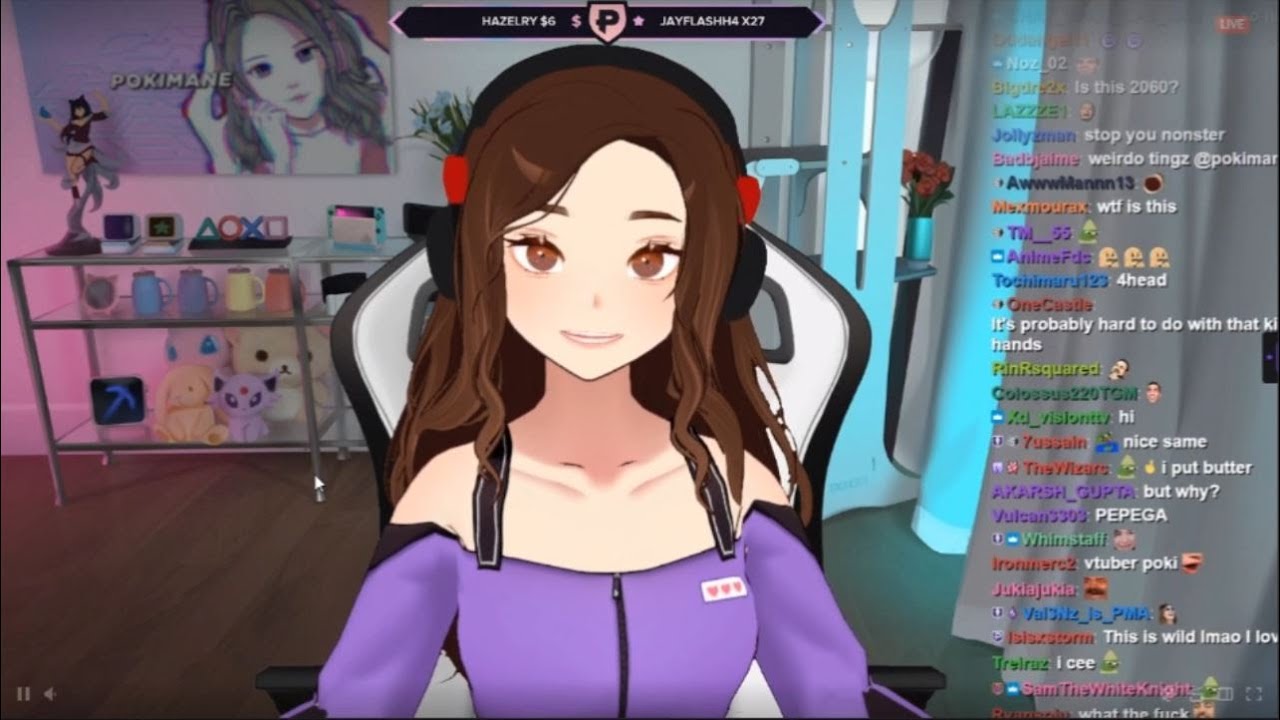 The rise of virtual influencers in gaming

We're no strangers to the weird crossover world of in-game advertising, but what about when the video game escapes its coded confines to start selling us things in our own backyard? As marketing makes the move away from big budget showcases to the personal touch of influencers, how has the virtual product placement game evolved to keep up? This is the rise of virtual influencers in gaming.

The groundwork for virtual influencers in games began at the point where they splintered off from traditional product placement in games. When someone thought that instead of simply putting old advertising methods into game worlds – like internet-connected billboards in Burnout Paradise that offer ad space to whoever wants to pay up – you could try doing things the other way around.

The clumsy movie model of having characters use the product you want to shift appears dated in games like Splinter Cell: Chaos Theory, where Sam Fisher seemed very concerned about the freshness of his breath. But then at some point, it must have occurred to someone that if you were just using video game characters as if they were actors in a movie, what's to stop you doing all the other brand deals actors do when they're off set? Certainly not the actor, because digital avatars don't really have agents to tell them not to.

This is how we end up with Nathan Drake tumbling through a crashing plane clinging onto a Subway drink and foot-long for dear life. Whether it was the dawning realization that they could make their game characters say whatever they were contractually obliged to, or the tandem evolution of microblogging and social media, developers and publishers spied their opportunity.

The idea of the virtual influencer comes from a few of these confluences of technology around the end of the 2010s. The first is the platforms that enable influencers to do their influencing: Instagram, Twitter, Facebook, etc. The second is the readiness of a public to accept entirely fabricated digital characters as real entities. The groundwork for this was perhaps best laid by the most famous fake idol: Hatsune Miku.

Miku is the name given to a voicebank in Yamaha's Vocaloid software, created from Japanese voice actress Saki Fujita and used by musicians to create vocals for pop songs. Developers Crypton Future Media decided this voicebank needed a mascot to fully sell the idea of the software, and created an anime idol which instantly caught the imagination of fans, spawning merchandising, fan-made music videos, hologram concerts and her own line of rhythm games.

The Japanese cultural tendency to personify inanimate objects, organizations or even prefectural regions as mascots (a category known as yuru-chara) has been theorized to come from the country's historical bonds to Shintoism, a polytheistic religion that ascribes a spiritual deity to almost any object, place or natural phenomenon. But Miku's popularity extended far beyond the island nation into the West, paving the way for 3D-generated anime idols.

We can see the outcome of this in the continued popularity of a new twist in this formula: VTubers. Enabled by further advances in technology, such as face-mapping software and on-the-fly 3D model animation, voice actors can replace themselves in real time with anime models, sometimes generated automatically from just a 2D drawing. The earliest, and most popular, of these is Kizuna Ai, who began streaming games and making YouTube vlogs (virtual video logs? V-vlogs?) in late 2016.

This is a watershed moment for virtual influencers, as unlike Nathan Drake trying to sell you a sandwich or watching a ghostly, pre-rendered anime idol dance around a stage, Kizuna Ai can talk back to you. One of the key ingredients for an influencer is a real (or illusory) intimacy with their audience. Hatsune Miku can capture your hearts but she can't read your chat message in real-time. But Vtubers like Inugami Korone can stream games in character to thousands of fans. Enough for developers at id Software to include an easter egg in the latest DLC for Doom Eternal based on one of her streams.

taking no cam streams to the next level..
debuting vtuber pokimane https://t.co/nlEB4gohua pic.twitter.com/TKexQ4ZaLy

The lure of becoming a Vtuber is so great that even traditional influencers have considered crossing the barrier into the virtual. In September, streamer Pokimane briefly experimented with a Vtuber setup, suggesting it would be a fun way to avoid the stress of having to look her best on camera all the time. She even had a 3D animated HyperX Cloud headset. Very nice.

Vtubers have also caught the eye of a number of brands hoping to reach out to those audiences, with megacorps like Nissin Foods collaborating with Vtuber Kaguya Luna to send a device playing her livestream into space in order to advertise their new Yakisoba UFO noodles. The technology seems to be getting incredibly complex, but we're still just being sold snacks.

Well, not all the time. The recent arrival of another virtual idol in League of Legends over the past few months has drawn brands from Louis Vuitton to Ducati, whose new Panigale V4 appeared in virtual K-pop group K/DA's latest music video, alongside the game's latest champion: Seraphine. She appears to have ridden the line a little close though, causing some of the fan backlash against the new character.

Seraphine and K/DA are far from gaming's first forays into virtual idols. Rez and Lumines maestro Tetsuya Mizuguchi has been creating fake bands for his eclectic blend of electronic music since 1999's Space Channel 5. The protagonist, Ulala, as well as No More Heroes' and Lumines' Genki Rockets are both creations of his, though they came a little early to capitalize on the social side of idolatry.

Now, virtual influencers like Seraphine are proving so popular, as a way of creating a pitch-perfect persona without any drawbacks of personal identity, that even brands outside of gaming are having a go. KFC's attempts to resurrect their very real mascot, Colonel Sanders, as a very unreal Instagram model (and also putting him in a dating simulator) is perhaps one of the weirdest results of this experiment.

Are you swayed by virtual influencers, or do you just enjoy the fantasy of these characters being real in our world? If you'd like to know more about Seraphine, League of Legends' latest virtual influencer/champion then check out what's happening with that.