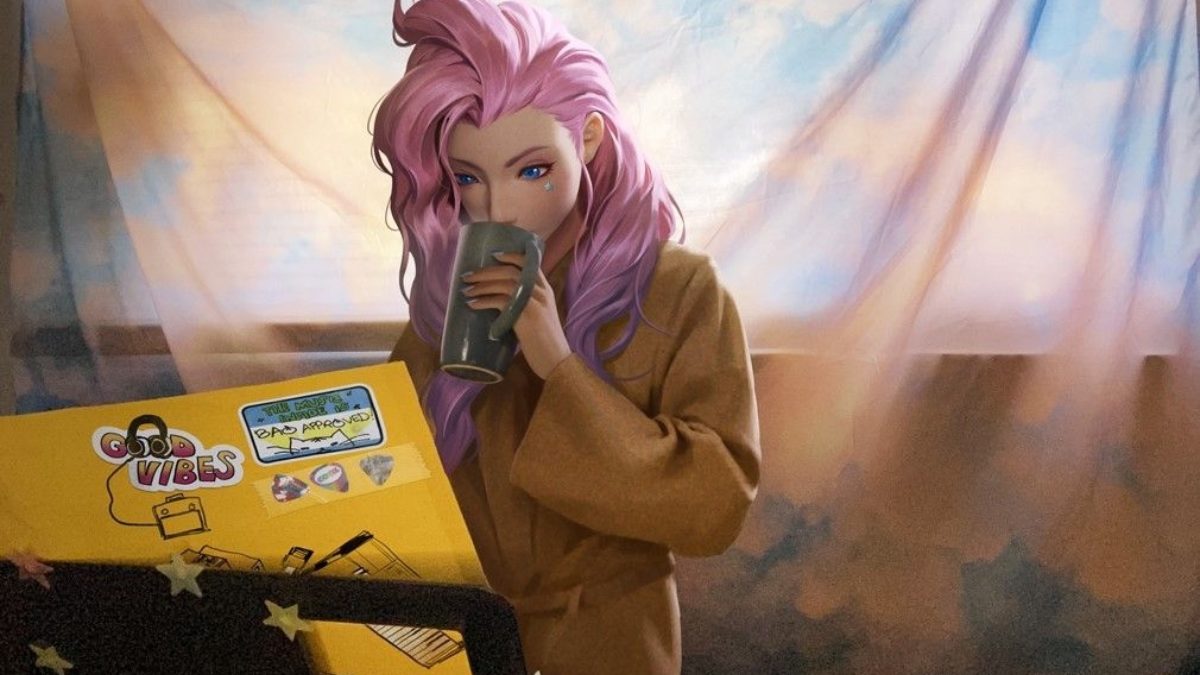 Why does half the internet hate Seraphine, the new LoL champ?

If you're at all interested in League of Legends (or K-pop) then the last few weeks you may have seen a fight brewing on the internet-at-large around new champion and idol Seraphine.

The latest addition to LoL's roster of pickable characters is also the newest member of the game's spin-off (though arguably more popular) music empire, collaborating with in-game K-pop group K/DA. Seraphine, therefore, should have been a beloved arrival for fans of the reality-blurring alternate universe experience that is Riot's immense MOBA. But that's not quite the case.

To start with, Seraphine isn't just a new voice in the growing pantheon of LoL's musical ambitions. She's a champion, too, intended to produce exciting new gameplay collaborations on the Summoner's Rift as well as in the recording booth. But here the Riot champ design squad appear to have missed the mark.

Players complained when they first saw evidence of her combat abilities that the mage character appeared too similar to existing songstress champ Sona. Their almost identical musical gimmicks are just the cherry on the top of a pair of equally similar kits: innate passive auras that empower nearby allies, soundwave-based attacks that propagate to multiple enemy champs, an AoE buff and control over movement speed, and an ultimate that charms or stuns (functionally similar crowd control effects) enemy champs with a wave of captivating music.

Developers at Riot have defended the design ethos of Seraphine by explaining that Sona is built around a theme of 'musical aura', while Seraphine is supposed to be built around a 'rhythmic music' theme. It's quite the hair to split, though. On top of this, Seraphine is touted as a burst-heavy mage, though her kit is lacking a lot of damage and given its similarity to Sona (a support character) it seems charitable to say she is in the business of dealing damage.

This has resulted in quite a strong fan response, as seen in the like/dislikes of her Champion Spotlight, which at time of writing are holding steady at 38,000 likes to 60,000 dislikes. But as Riot's Ryan 'Reav3' Mireles points out in his comments: "We have 20 champs with swords, 2 samurais now, several fire mages. I think its [sic] ok for champs to have thematic overlap as the champs feel different enough from each other." So what else has fueled this pushback against Seraphine?

For that we look outside of her mechanics. Seraphine, as with most of the members of K/DA (Kai'Sa, Ahri, Akali and Evelynn), has a real world social media presence, in which she plays the part of a young pop idol trying to achieve her dreams. She posts about traveling to Shanghai for her on-stage debut with the supergroup at Worlds 2020, along with cutesy art and feelgood sentiments that fit her general character sheet.

i'm realizing that i can't do this alone. and maybe i need to be the one to ask for help... so could you give me some encouraging words? i need something to believe in right now

But there's something a little off about a fictional character with no real emotions co-opting the language of young creatives struggling with everything from self-esteem issues to anxiety. On Twitter she asked fans for help getting through a lack of confidence in herself, a real issue for millions of young people and aspiring performers that seems somehow cheapened by its use in a marketing campaign for a new game character.

Then there's how this persona interacts with the singer's in-game lore, if you really want to blur the lines between what's real and what's fantasy. Seraphine wants to sing because she can hear the voices of Brackern soul crystals, which helped her control her powers, and wants to reunite her wealthy birth city of Piltover and its undercity of Zaun. But her online persona of an uber-empathetic and sensitive creative seems to gloss over the weird, genocidal history of the Brackern.

See, the Brackern are an ancient race who retreated into crystalline form and hid in the ground until humans finished their dumb war and wiped each other out. But they didn't, and instead the humans found all these crystals (which contain the souls of Brackern) and turned them into Hextech crystals which power almost all technology in LoL's world. Including Seraphine's hoverboard. So she can talk to the Brackern, and owes them everything for helping her understand her powers, but she's still using them as fuel? Bit weird.

This is probably why under any post of Seraphine's on Twitter you'll see people spamming an angry picture of fellow champ Skarner, who was supposed to protect the Brackern soul crystals from the pilfering. It's a convoluted reason to not like a champ, but it's just one of the many that appear to have sprung up among the LoL community.

Outside of the game-playing faithful, however, Seraphine hasn't been entirely disavowed. Her appearance alongside K/DA in their new music video MORE has been overshadowed by how much of a bop it is, which is really all anyone tuning in to the Riot Music Label Show is looking for anyway.

So if you're wondering why it looks like everyone hates Seraphine, as usual, it's only really a small number of quite loud voices. However it's not like they're yelling about nothing. Hope that helps, if you're interested in more of the fun cultural oddities of gaming crossing over with the real world, check out the rise of the virtual influencer.