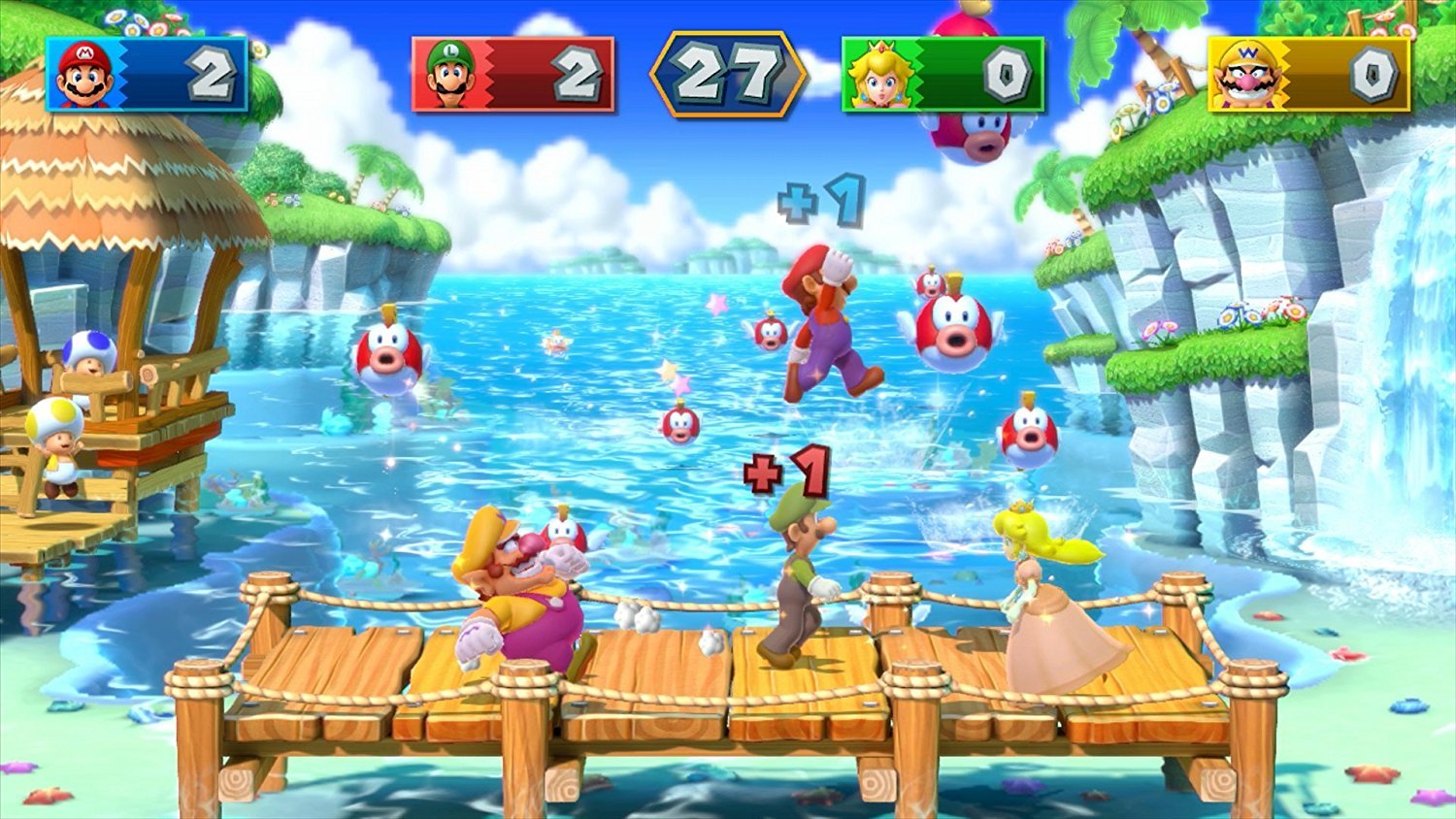 The Nintendo games we want on mobile next

With the recent announcement of Mario Kart Tour, Nintendo is continuing to move full force into the world of mobile gaming. We’ve had an absolute blast catching the colourful critters in Pokemon Go, enjoyed the relaxed atmosphere of Animal Crossing: Pocket Camp, and loved collecting our favourite characters in Fire Emblem: Heroes. The positive reception surrounding these apps has demonstrated that Nintendo is extremely popular in the mobile market, and we’re excited to see what lies ahead. Join us as we take a look at some of the Nintendo games we’d like to see hit our smartphone screens.

The Legend of Zelda

The Legend of Zelda continues to pull in new and old fans time and time again. Every game brings something new to the table and we’d love to see the puzzle solving, dungeon-crawling platformer make its way onto our smartphones. While we don’t expect anything as grand or ambitious as Breath of the Wild, we still think the Hero of Hyrule deserves his own mobile adventure. Currently, Oceanhorn is as close to a smartphone Zelda game we’ve got, and this title demonstrates that it’s possible to deliver tight controls, intuitive gameplay and a fantastic soundtrack on a pocket-sized level. The top-down perspective of A Link Between Worlds and Triforce Heroes would not only suit the mobile experience, it would also be a fantastic way to introduce new players to the beloved series.

If Fire Emblem can get its own mobile spin-off so can Advance Wars. We haven’t seen a new entry in this turn-based action series in a long time, but that doesn’t mean we’ve given up hope. In fact, Nintendo’s tactical series seems tailored-made for today’s touchscreen devices. It would certainly be a missed opportunity if Nintendo didn’t release another tactical-style game, especially following Fire Emblem: Heroes’ success. The turn-based combat is perfect for the on the go nature of mobile gaming and we’d love to unleash our troops on other players as we commute to and from work. If the game proved to be a success we might even get to see the return of this critically acclaimed series.

In Pikmin the player commands a horde of plant-like creatures, and uses their unique abilities to accomplish various tasks. These tasks usually involve building bridges, destroying barriers, collecting treasure and defeating enemies. Pikmin come in various colours and offer different special abilities or immunities to hazards, so collecting and finding as many as you can is imperative to your overall success. The touchscreen controls would allow players to easily switch between different leaders in order quickly solve puzzles and deal with enemy threats. This kind of gameplay fits perfectly with the collecting and building formula of current mobile titles, so we wouldn’t be too surprised if Captain Olimar gets his own galactic app adventure in the future.

Before mobile phones and portable consoles, the working world relied on crossword puzzles and Sudoku to make commuting bearable. Thankfully, those days are behind us, but we’d be lying if we said we didn’t enjoy a good brain teaser. Brain Age launched on the Nintendo DS back in 2006 and it featured a variety of puzzles, including stroop tests, mathematical questions, and Sudoku puzzles, all designed to help keep our brain active. We haven’t seen a new Brain Age game for a while, but the simplicity and universal nature of this game would make it a fantastic addition to the app store. After all, Brain Age received both commercial and critical success, selling 19.01 million copies worldwide. Entering the free to play mobile market would only serve increase its success.

We need to get Nintendo Dogs as an app on the App Store! pic.twitter.com/nDmNrDVjFe

We don’t usually take note of what Paris Hilton says, but on this occasion, we have to agree with her. The app store is teeming with hordes of virtual pet apps and mythical beasty buddies, but Nintendogs would easily knock the competition out the park. We all know the internet loves looking at cute puppies and kittens, so launching a free app that allows players to interact with various digital doggies would certainly be a hit. The app could even make use of our smartphone’s built-in step counter to make sure we’re taking our virtual pup out for his daily walk, while also giving us a nice excuse to go out and exercise a little. If Pokemon Go managed to get the world up and moving, so can Nintendogs.

Balloon Fight is perfect for mobile for a lot of reasons: its control mechanics would work well on every touch device, it fits the theme of the popular endless runner apps, and its simple gameplay makes it great for on the go gaming sessions. All the player would need to do is either repeatedly tap the touchscreen or hold it down to cause the Balloon Fighter to flap his arms and rise into the air. It may sound simple but Balloon Flight is extremely addictive, especially when you’re trying to beat your high score or competing for top place among your friends. It would be great to play this arcade classic once again.

For years folks have been begging Nintendo to release Pokemon Red, Blue and Yellow onto mobile devices. Launching smartphone versions of these games would not only allow us to relive our nostalgia-filled journey across Kanto, it would also introduce new players to the very games that started it all. The turn-based battling and collect-‘em-all nature would be as popular on smartphone as it was on Game Boy. Meanwhile, the simplistic controls would allow us to easily navigate the game’s overworld and take part in battles with the use of a touchscreen interface. Add in wireless multiplayer and you have an instant hit that would transport the world back to the Pokemon battle arenas of the late 90s.

The puzzling series Pushmo could quite easily make the transition to mobile, without having to change much from its 3DS past. Pushmo tasks the player with shifting around giant puzzle blocks in order to create steps and platforms to rescue those who have been trapped within the giant structures. The 3DS game featured 250+ levels and allowed players to create and share their own levels via QR codes. A mobile version of Pushmo would keep this sharing feature and would also allow Intelligent Systems to continuously release a steady stream of new levels. While the puzzling action of Pushmo may require a lot of thought, releasing this game on mobile is a no brainer.

Words With Friends and Angry Birds Friends have already paved the way for some tense rivalry amongst our social circles and family members. However, Nintendo’s king of friendship breakers would make a fine mobile title. Imagine playing a Mario Party title where you compete in a variety of crazy minigames that can be played absolutely anywhere. Fighting over Mario Party’s stars would no longer be just a Christmas affair, it would be an everyday occurrence. Taking part in real time and non-real time games would certainly make for a nail-biting commute to work!

Whether you played the NES classic all those years ago or abused the spammy nature of the duo in Super Smash Bros. Duck Hunt is a game most people recognise. Of course, merely tapping on the screen to shoot the game’s various targets would be rather easy, so we’d expect a slightly different approach. Adding in various challenges and new levels would keep gameplay fresh, while expanding upon the original’s co-op could make for some brief, but fun competitive action. It’s certainly not Nintendo’s most ambitious title, but sometimes you just want to play a simple game that allows you to try and beat your high score.