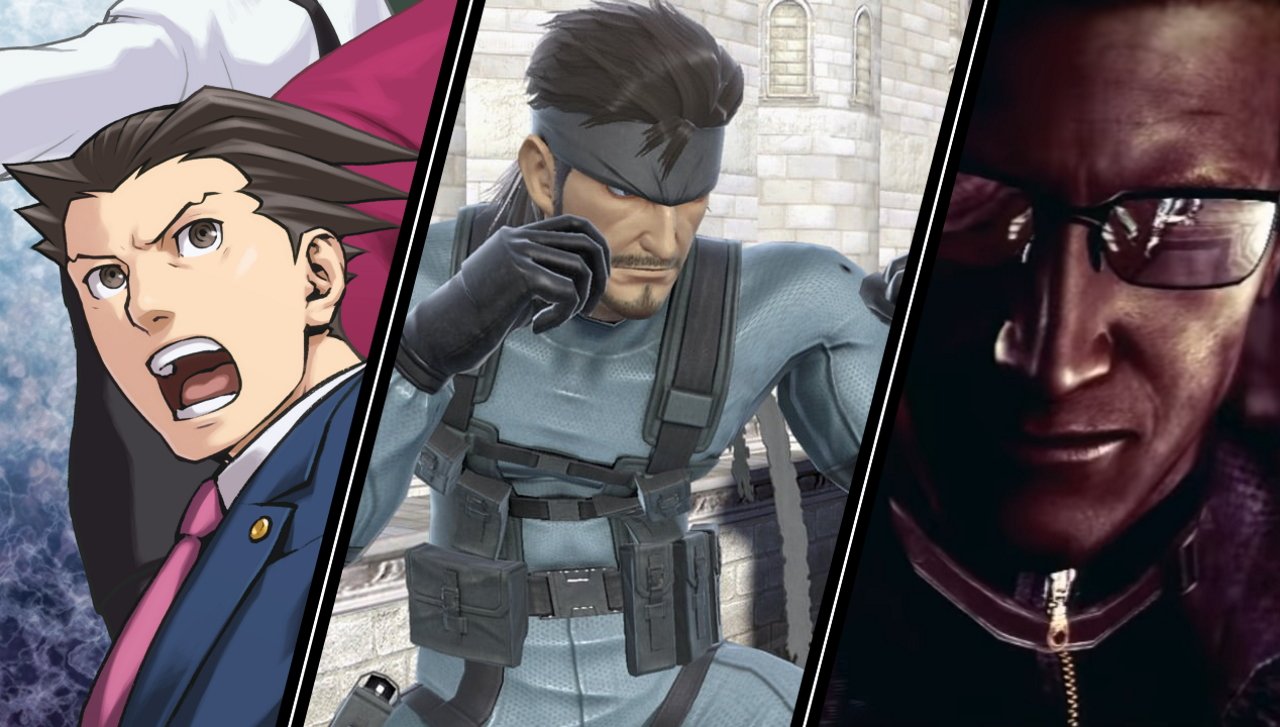 Video game characters we'd like to see in a debate

For better or worse, election season is well underway in the United States. Debates have long been a cornerstone of swaying voters, and prowess in them is a skill not to be undervalued. That got us thinking: Which of our favorite video game characters would we like to see in a debate? We’re not just talking about those we think would excel at them though – that list would include a worrying number of villains and we’d really rather not think about why right now. These are the video game characters we think would make for great debaters or, at the very least, provide an entertaining show.

Video game characters we’d like to see in a debate

You could shove pretty much any Metal Gear character in this list, because they’re all experts at delivering hours-long monologues justifying or decrying the tragedies of war, giant robots, and nanomachines. Whichever of those takes their fancy, really. While Revolver Ocelot would certainly be much more of a laugh, we had to pick Snake just so that we could hear David Hayter’s sultry voice of gravel at work once more. Tell us again how you’re no hero, Snake. And no, tranquilizer darting the other candidates is not good form.

Expert lawyers often make for strong politicians as they know how to form a robust defense of a subject. His tendency to work alongside the ghost of his murdered mentor might not make Phoenix Wright, ace attorney, the most conventional master of the law. But we’d still love to see him whip out a piece of crucial evidence mid-debate, slamming two hands down on the podium with a loud cry of “Objection!” And if Phoenix is too busy to make it, Miles Edgeworth would make for a more than adequate substitute.

Who better to argue their way out of a disastrous policy than a seasoned interstellar backstabber? We’ve already seen politicians get stuck in with Among Us, so let's get an insidious alien bean man involved too. Just make sure you don’t ever agree to a one-on-one debate with them or you’d be liable to end up as a ghost. Who signed off on that disastrous new housing executive order? It couldn’t have been us, we were all the way over in electrical fixing the wires. You should take a look at that Snake guys instead, he’s been looking sus all through the debate!

Okay, so you might be thinking that Link, unable to talk as he is, would be quite the disaster of a debater. But we honestly think the Hyrulean hero gets an impressive degree of emotion across through little more than a few “hyuts,” “Guhs,” and the occasional “hyaaat!” We’d like to see just how far he can push himself when covering topics such as tax brackets and education. “Tsuuriaaah!” A spin attack, eh? A compelling argument, to say the least.

Portal’s artificial intelligence GLaDOS has been through a lot. Created as an AI version of a madman’s wife, GLaDos has held positions as high as controlling an entire, state-of-the-art facility, and as low as being forced into the position of companion potato. What we’re trying to say is that she understands all walks of life. And, er, artificial life too. If that’s not a compelling position for a political candidate, then the sardonic attitude surely seals the deal. Before we vote her in though, it might be best to ensure the morality core is installed first. You know, that one which stops her from flooding everything with deadly neurotoxin.

The ultimate swindler. Tom Nook has successfully tricked us into millions of Bells of debt on at least five different occasions, which makes him the second most persuasive racoon we’ve ever met. With Timmy and Tommy running his campaign and the old money of Blathers in his pocket, Mr Nook could be a terrifyingly good contender on the campaign trail. We weren’t planning to give him our vote, but he does kind of own our house and this entire island, so we’re feeling more than a little compelled.

Aloy gets things done. There's no arguing with that. Exiled from her tribe at a young age, she had to learn how to fend for herself. More importantly, she also learned not to put up with any nonsense. Whether she's dualing robotic dinosaurs in an arena, battling machine-worshipping cultists on a mountain, or facing off against an ancient, world-consuming AI routine, Aloy remains unflustered. She's not easily swayed either, turning down advances from both the reigning Sun Prince - he's kind of a big deal, in case you didn't know - and a warrior woman with abs harder than than titanium. Combine that with experience mediating between factions and a good dose of compassion, and you've got the makings of an excellent leader and a great speaker.

That’s the kind of attitude we can get behind, no matter a candidate’s tendency to infect entire populations with mind-controlling parasites. Plus, that Redfield has been bullying boulders for far too long, it’s about time he was stopped. If you’ve taken a peek at Resident Evil Village, you’ll know that Chris is looking like a baddie. It’s about time Capcom brought Wesker back to run for office and sort Chris out for good.

It's well known that Mario's saurian friend is a tax-dodging criminal who's spent the years since his Super Mario World debut finding every single loophole to avoid paying his fair share to the Mushroom Kingdom. We don't think he'd make for a good debater, we're only nominating him so that someone can finally bring this green-skinned villain to task for his sins.

And finally, to moderate the debate we needed a firm hand that wouldn’t let the candidates get away with bad behaviour. Who else but the king of koopas to take no nonsense and remain impartial to the charm and wealth of every figure to step up to the microphone. While he may be a villain, his efforts in Mario Kart and Tennis show that fair play is always a key law in this sovereign's domain.

On top of that, he’s got an entire army of minions to help keep the show on track. Is one candidate shouting over the others too much? Have Lakitu drop a Spiny on their head. Is someone dodging the question repeatedly? A Thwomp will soon squeeze the truth out of them. So long as Mario and Peach steer clear of the show floor, you can trust old boy Bowser to keep things running smoothly.

Those are our picks for video game characters we’d like to see in a debate, but with so many titles out there, we’ve no doubt there are other great choices. Would you like to see Kratos argue with PaRappa The Rapper, or Pac-Man take on Commander Shepard? Let us know your candidates in the comments below.