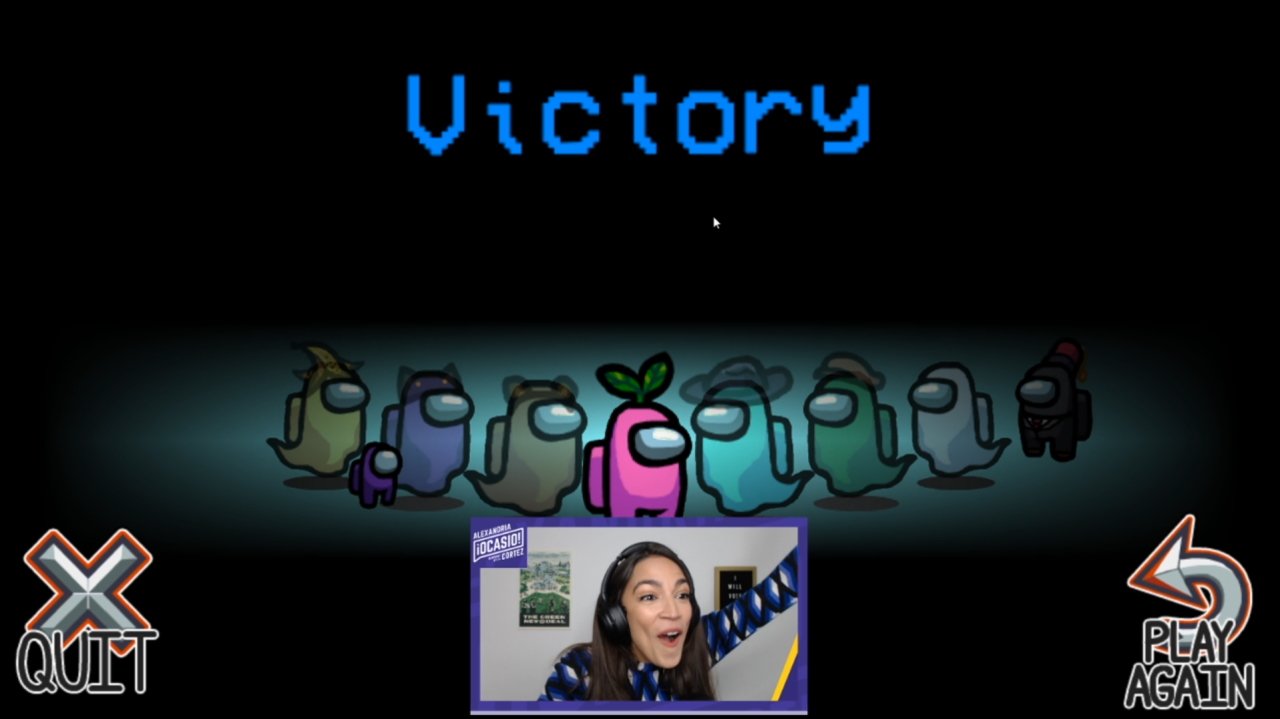 The best highlights from AOC's Among Us Twitch stream

In case you missed it, Democratic representative Alexandria Ocasio-Cortez took Twitch by storm last night as she joined in the fun of Among Us. We already knew the congresswoman was a fan of video games like League of Legends, but this week she took the drive to encourage voters to another level by asking on Twitter if anyone would like to join her for a round or two of Among Us.

Unsurprisingly, there was an absolute deluge of responses. As a result, last night AOC finally took to Twitch, joined by fellow congresswoman Ilhan Omar (who's rocking quite the beastly streaming PC) and a whole host of famous gaming and streaming names, including Pokimane, HasanAbi, Hbomberguy, Disguised Toast, and more. The stream exploded in viewership, reaching 300,0000 viewers before the first game had started, and a massive peak of 430,000 concurrent viewers. As it turns out, AOC isn’t half bad at Among Us either, though arguably Ilhan was even better! We’ve picked out our favorite moments from the stream below for anyone who missed it, as well as those looking to relive some of the fun.

The best highlights from AOC’s Among Us Twitch stream

By her own words, AOC was not very experienced at the game, having only brushed up on the basics the day before. So when she was picked as the Imposter in the very first round, nerves were high. It didn’t take long for things to go very wrong, and then suddenly very right however, as after killing another player in Electrical (standard Imposter stuff), AOC accidentally self-reported the body and had to explain what had happened without preparation.

watching @AOC play among us is the highest form of entertainment pic.twitter.com/uY5bIKHKew

The reaction from victim Maia’s perspective was arguably even funnier.

today. i was killed by @AOC in among us within the first five minutes. pic.twitter.com/W1Uf17o34K

It wasn’t long, however, before all eyes had turned on the first-time imposter, and the consensus was that AOC had to be booted off the ship. Despite AOC clearly being the last imposter, Omar couldn’t bring herself to vote her out, securing her place as AOC’s ride or die friend.

UPDATE: AOC gets Imposter in her first time playing Among Us on Twitch. She gets voted out by everyone except Ilhan Omar. AOC says “She’s my ride or die!” pic.twitter.com/afOaBl7bGV

Maia wasn’t the only one happy to be killed by AOC, as Pokimane soon followed the same fate after declaring herself the congresswoman’s bodyguard to her viewers.

At least AOC was nice enough to feel bad about it, Poki!

YouTuber Hbomberguy joined the stream a little later down the line. Having previously had AOC join his 2019 charity Twitch stream to show support, you’d imagine the two would cooperate well. Unfortunately, Hbomberguy’s imposter role had other ideas.

Popular horror story YouTuber Corpse Husband also hopped on for a game, sending fans of both wild. AOC, however, was taken away (as we all are) by his iconic deep voice.

CORPSE AOC AND JACK PALYING AMONG US TOGETHER RN WHAT UNIVERSE AM I IN pic.twitter.com/bQMp3a6Gfo

Part of what made her stream so engaging was the genuine shock shown at each murder and betrayal. Many of us are seasoned Among Us players by this point, so it’s a joy to see someone new to the game exhibit such a strong reaction (and gasp) every time something untoward happens.

highlights from the @AOC among us stream - my love for this woman knows no bounds  https://t.co/aZErKVAlVw pic.twitter.com/OCa06KMuob

There are plenty of other highlight roundup videos out there, with even the Washington Post joining in on the edits, but if you want to watch the full stream play out, the VOD is still available at the time of writing on AOC’s Twitch channel. For more Among Us content, click here to head over to our hub page for the game.