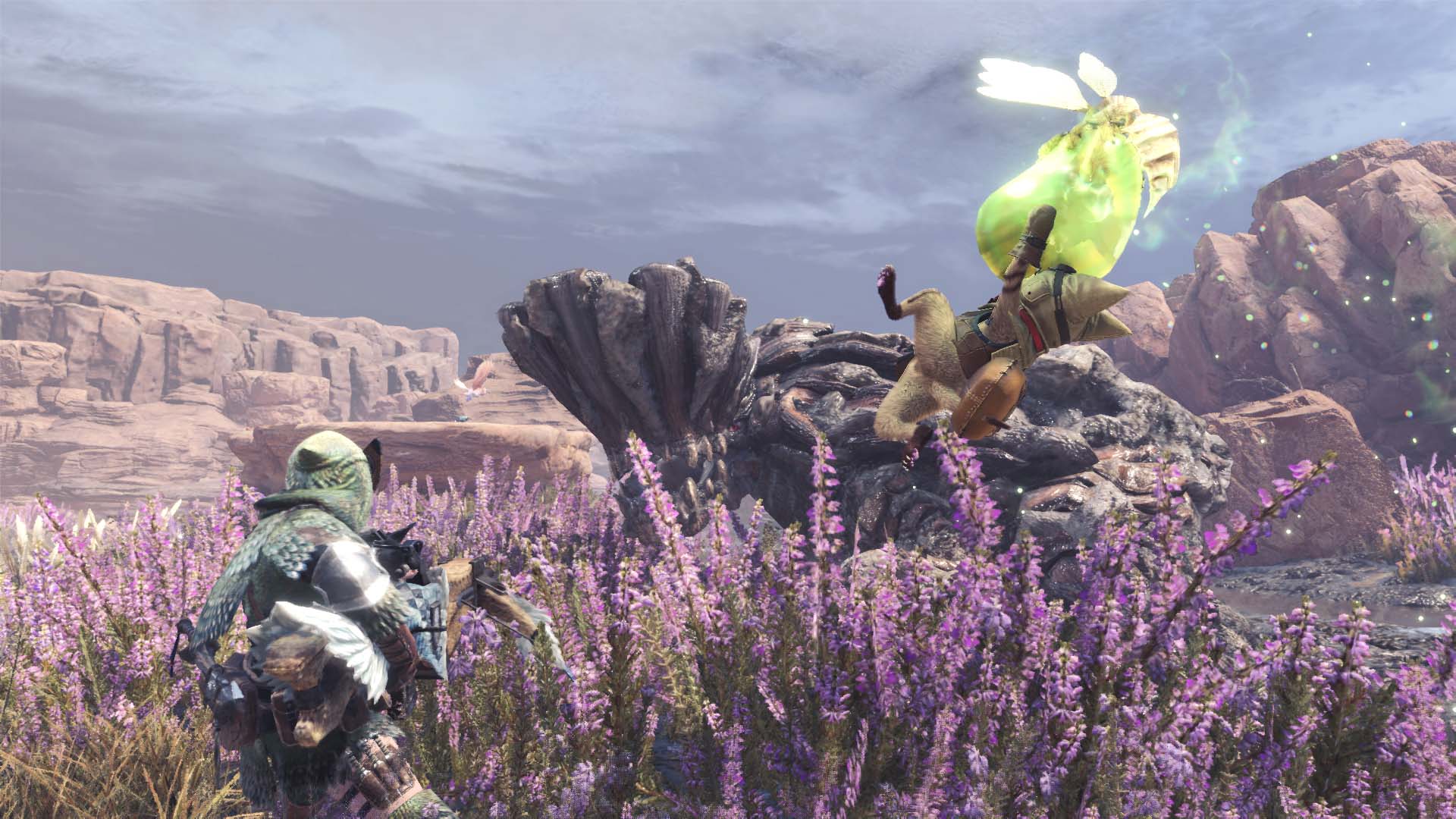 A quick recap of everything that released to the Nintendo Switch eShop during the week of February 2nd.

Your Palico is your best friend in Monster Hunter World (unless you actually managed to play with your best friend by getting online with them). To help you out in your quest to be the very best hunter that there ever was, your Palico gets an array of gadgets unlocked as you progress through the game and complete special side quests. There aren't too many to find, but if you're having trouble – or just want to know what you can get – then here's a quick guide to all things Palico gadgets.

What Palico Gadgets are in Monster Hunter World?

There are six Palico Gadgets in total in Monster Hunter World. The first, Vigorwasp Spray, you'll have by default when you start the game and the others can be unlocked by finding new groups of Grimalkynes – the little tribes of Palicoes out in the wilds. To find Grimalkyne tribes, analyse Doodles scratched into the walls around the level and then once you have enough analysed, pin the Doodle trail on your map (R3 on the bottom-left icon) to get a scoutfly trail straight to them. Here's what each one does and where to find your Palico gadgets:

Where to find it? You already have it. Calm down.

What does it do? Vigorwasps are little insects that burst into a shower of green sparks and heal you. When you get low on health in battle, your Palico pal will either set up a Vigorwasp station which can be activated by either attacking it to burst the wasp, or pressing Circle/B next to it (with your weapon unequipped). It's obviously very useful if you keep getting messed up by that Anjanath you're fighting.

Where to find it? In the Ancient Forest by tracking down the Bugtrrapper Grimalkynes after finding or unlocking all the campsites in the area. You'll also then learn how to make Jagras follow you around as Tailriders.

What does it do? This is a little cage with a Flashfly in it. You may have encountered Flashflies in the wild, especially in the Great Jagras lair in the Ancient Forest. Hitting them causes an intense burst of light, which can daze and stun monsters if they're looking in its direction. Use your slinger to hit them, or stand next to them and activate them with Circle/B. Blinding flying monsters causes them to drop to the floor, so this is pretty useful for Great Sword or other heavy melee weapon users to get hits in on their flying quarry.

Where to find it? In the Wildspire Waste, by finding the Protector Grimalkyne clan and tracking down their missing friends. You'll then learn how to recruit Kestadons to your Tailriders.

What does it do? This is a big shield, massive even. It can – obviously – defend you or your Palico from attacks, if you hide behind it. However, thanks to its slight resemblance to a big scary face, it'll also help draw aggro from the monster you're fighting. Useful if you're going on hunts solo and your Palico isn't doing enough damage to redirect the monster's attacks to let you charge up your power moves. Can also keep monsters in place below cliffs so you have a chance to climb up and mount them (unless you're an Insect Glaiver then why are you even reading this, go pole vault something).

Where to find it? As the name might give away, track down the Trooper Grimalkynes in the Coral Highland and help them take down two Tzitzi-ya-kus. They'll teach you how to talk to Shamos and ask them to be your Tailraider pals.

What does it do? This is pretty much the same as equipping your Palico with a Hunting Horn. Really useful if you're running solo and still want to benefit from occasional buffs. Little ditties from your cat pal will provide you with attack and defense buffs, as well as status resistances.

Where to find it? You'll get this one after helping out the Rotten Vale Grimalkynes, the Plunderers. They'll also teach you how to talk Girros and ask them to be your Tailrider.

What does it do? This is probably one of the most useful Palico gadgets as it gives your cat buddy a higher chance of carving off extra monster parts. It also ups the rarity of the ones it does carve off, so if you're trying to craft that super rare armor piece then equip this and go hunting. Great for endgame sweeping up or even before then if you really must have that sweet hat.

Where to find it? Once you've got all the other Palico gadgets, and you've also unlocked the Elder's Recess, a Lynian Researcher in Astera will give you a quest which, when completed, grants you cat pal this awesome gadget.

What does it do? It's a big fire bomb. It's a Molotov cocktail but the way that a cat would say it. You know what this is.

How to upgrade your Palico gadgets in Monster Hunter World

The great thing about Palico gadgets is the more you use them the better they get. So keep going out and being a successful hunter with your favorite gadget equipped and it'll just be better by levelling up. Leveled up Vigorwasp Spray heals more health, Flashfly Cages stun monsters for longer, Plunderblade carves off more and rarer bits from monsters and a better Meowlotov Cocktail has a bigger blast radius with hotter, more damaging flames. Simple!