How to redeem codes in Genshin Impact

How to redeem reward codes in Genshin Impact 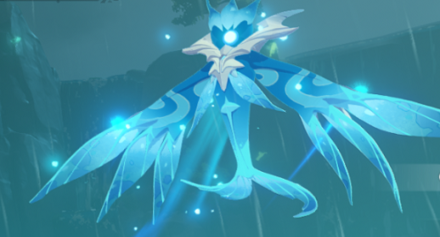 How to find and defeat an Oceanid in Genshin Impact

Gamers.Vote wants to level up voting in the United States

The #GameTheVote campaign aims to reach the reported 130+ million video game fans in the USA.

To advance in open-world JRPG Genshin Impact, you'll need to upgrade your weapons and characters through a process called Ascension. Ascension requires certain ingredients that you can only get from exploring the world and taking on bosses. One such boss is the Oceanid. If you are looking for it so you can Ascend your Hydro characters and need a helping hand, this guide has got you covered!

How to find and defeat an Oceanid in Genshin Impact

How to find an Oceanid

The Oceanid is an elite boss that resides in the Liyue region. To find it, you will need to head east of Qingce Village to the furthest lake there. In the middle of that lake you'll find the Oceanid. It looks like a giant, blue bird/squid thing, so it's pretty hard to miss once it appears. To trigger that, swim to the platform in the middle of the lake and walk into the blue light. Then get ready to rumble.

How to defeat an Oceanid

To start this fight, it's critical to know that there is no point in directly attacking the Oceanid. It won't take any damage if you do this. If you want to survive this battle and come out on top, you need to be prepared for waves of enemies.

The Oceanid will send out water spirits shaped like different animals in waves.These will include birds, boars and more. Each wave you destroy will cause the Oceanid's health to take a hit, so this fight is basically a rinse and repeat of taking down soggy animals until the Oceanid is dead.

Once you have defeated the Oceanid, you will need to consume 40 Original Resin to claim the rewards it drops. These rewards include Artifacts and Ascension Material for any characters who are Hydro-users. For more Genshin Impact features and guides, click here to go to the game hub page.