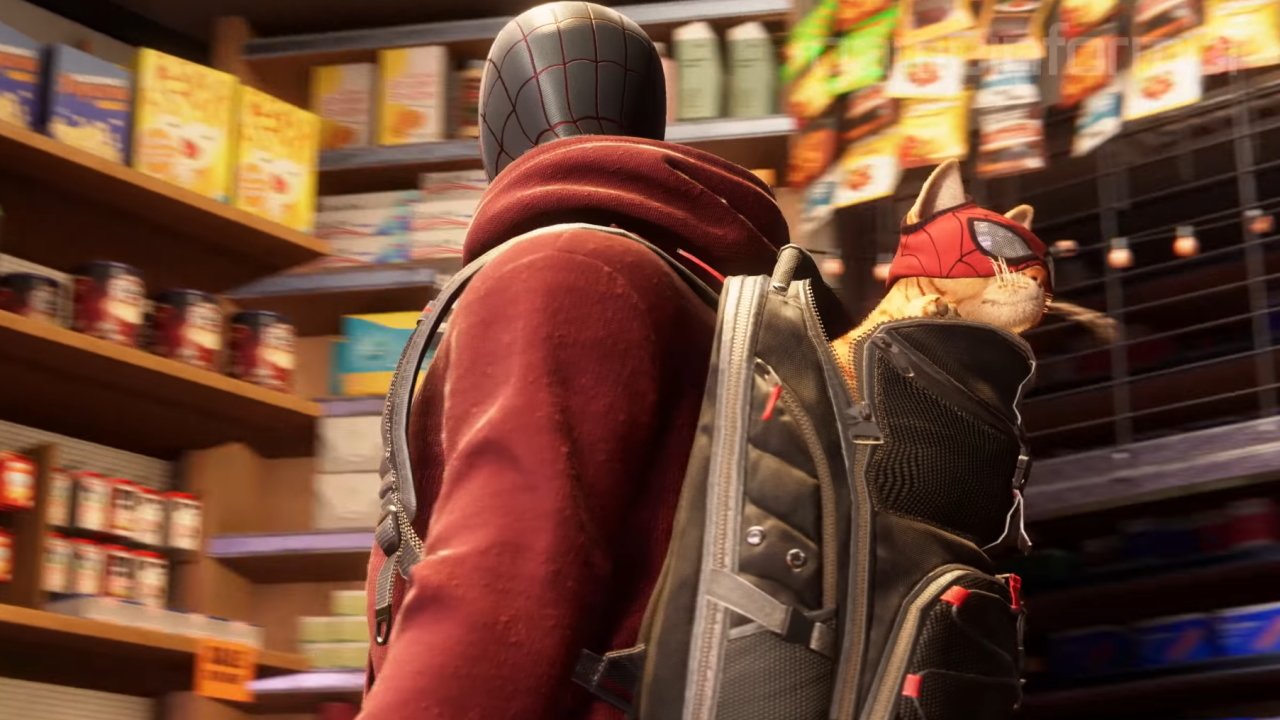 This Spider-Man: Miles Morales suit lets the cat out of (and into) the bag

The PS5's new Control Center allows you to do more than ever, without pulling you out of the game.

If we were still on the fence about picking up Spider-Man: Miles Morales this holiday season, the deal has been officially sealed thanks to last night’s reveal of Spider-Cat.

Revealed in an exclusive look by Game Informer, a new skin in the spin-off title will allow miles to pack a furry chum into his backpack for crucial petting stops while swinging about the city. That’s not all though, as this cat comes ready to lend a hand in taking down villains, too. Perform the right finishing move, and Mile’s feline friend will hop out of the backpack to lay the smackdown on his foes, all while wearing an utterly adorable Spider-Cat hat. Developers, you really do know how to win over our hearts.

The cat originally appears as a side-quest, with Miles helping to rescue the kitty (also named Spider-Man) from robbers and return him to a comfy bed beside a very worried store owner. With the cat hanging out in a backpack while you swing back through the city, it’s easy to see why the developers decided that should be far from the end of the pairing.

Enter the Spider-Cat suit. It’s not quite clear how you unlock this gear, but don it and Spider-Cat will be able to join his former rescuer during crime-fighting trips. The Spider-Cat outfit has him poking head head out of the backpack at all times, which may prove pretty distracting while you’re trying not to swing face-first into a skyscraper. Still worth it.

The end of the trailer gives a sneak peek at the suit-unique finishing move which sees Miles lift a baddie into the air before Spider-Cat leaps out to get up close and pawsonal (sorry) with his face. Will other suits come with unique finishing blows? We can only hope so. Beyond that, all we know is that we need this suit and will do whatever it takes to obtain it.