The weapons of Genshin Impact ranked. 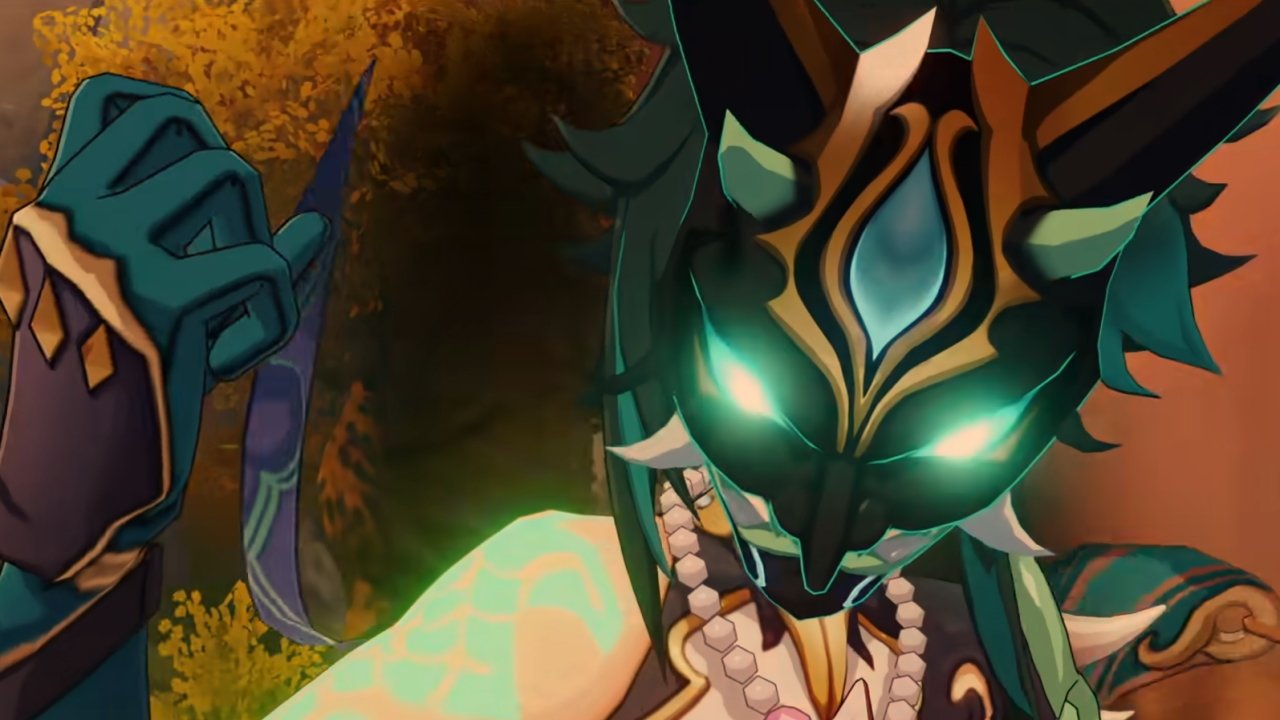 Learn all the balance changes from the October 14 Smash Ultimate 9.0 update with our full patch notes.

Genshin Impact is an open-world RPG, but it's also a gatcha, which means random character drops are part and parcel for the game. So how can you tell if the characters you pull rule or drool? This guide is here to help! We'll take you through each of the characters and rank them with letters so you know who you want on your squad!

Venti is extremely sought after because his two abilities allow him to stun tons of enemies and keep them that way for longer than just about anyone else. If you need crowd control, he's your guy and Skyward Sonnet can be handy for some environmental puzzles as well. A certified Good Boy.

Diluc is a DPS champ, one of the best in Genshin Impact. So long as your enemies aren't resistant to Pyro damage, they won't stand a chance.

Fischl is another bow-user, but her S ranking is based entirely on her mobility and utility in a pinch. Her Elemental Skill and Burst are both clutch for crowd control and re-positioning while still doing damage, and it's pretty easy to set up elemental combos with other characters using her abilities.

Qiqi is probably the best of the Cryo characters and is an absolute no-brainer to take over your healer slot as her abilities allow her to restore a ton of health while doing damage.

Jean isn't quite as handy for crowd control and healing as Venti and QiQi respectively, but if you don't have either of those two, she's a solid pick.

Keqing is a solid DPS character with good mobility. She can move around the battlefield quickly, and even climb cliffs, not to mention her damage output isn't bad either.

This is your main character when you align them with Anemo. Eventually, you'll probably get access to better Anemo characters, but in the meantime, Traveller is probably the way to go as their starting skills remain useful for a long while.

Xiangling is the best Pyro DPS character after Diluc. Her main drawback is just that her Elemental Skill can be hard to place at times.

Razor is good, if you can get a good feel for how to deploy his abilities. He doesn't play super well with other characters, so it can be hard to set up big elemental combos with him.

Xaio's strength is his mobility, which is clutch when exploring. Unfortunately when it comes to damage, he's outclassed by other DPS characters.

Mona can literally walk on water, so that's a definite point in her favor. Her abilities also make it easy for her to help out the weaker DPS characters, depending on who you've got in your party.

Klee is a solid choice if you haven't gotten your hands on one of the more powerful Pyro characters. Her attacks kind of suck, but she makes up for it with her abilities, to a degree.

In Liyue, you can change your main character's elemental alignment to Geo. It's not exactly worth it, since the ensuing abilities don't mesh with other elements very well, but you can still do some pretty solid damage. You also need their Elemental Skill to solve puzzles while exploring, so this version is kind of mandatory at some points.

Bennett is strongest as a support character who sets DPS up to succeed. On his own, he's pretty average.

Chongyun is a solid fighter and he can take a hit, but his abilities aren't all that special.

Playing defensively in Genshin Impact just isn't that rewarding, which is to Ningguang's detriment. She has cool abilities, but it's hard to make them worthwhile in play.

Kaeya is a freebie and easily replaced. He's just kind of  there.

Beidou seems like she'd be cool, but getting the timing right on her abilities is actually kind of a pain and again, it's not all that fun to play defensively.

Lisa is another free character who's easy to replace, despite her powerful Elemental Skill..

Sucrose's abilities aren't bad, there are just Anemo characters who do what she does better.

Xingqiu is another character who's more inclined towards defense, which makes him a harder sell.

Noelle is okay, but it's hard to figure out where she fits in a party since she's not much of a healer or support.

Unfortunately, everyone seems to agree that Amber just kind of sucks all around. Once you get another archer she pretty much becomes useless and her abilities are fairly disappointing.

Now that you've read our Genshin Impact character tier list, you can begin putting together a superstar squad! For more on Genshin Impact, click here to go to our game hub.