How to solve the moon puzzle in Baldur's Gate 3

Advance to the Underdark with our guide. 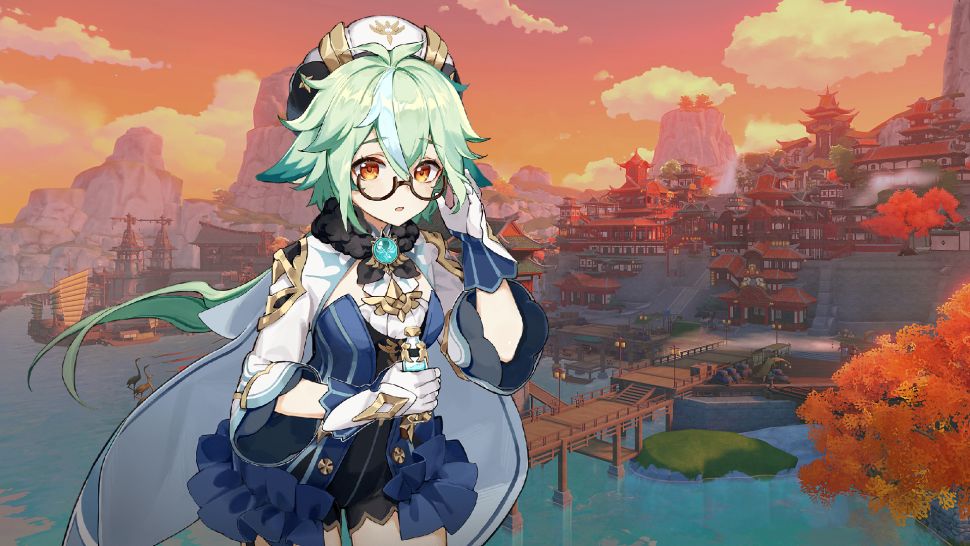 How to find Whopperflower nectar in Genshin Impact

Fall Guys gets a Sonic skin on Wednesday

Open-world RPG Genshin Impact has a mechanic called Ascension for both characters and weapons, which is basically a way to power them up. To make a character or weapon Ascend, you'll need the right item, and for Keqing, Mona, and Sucrose, along with the Favonius Warbow, the Ferrous Shadow, the Halberd, and The Bell, Whopperflower nectar is essential. But where to find it? Don't worry, leave that part to us!

Where to find Whopperflower nectar in Genshin Impact

While they may sound like regular old plants, that's not quite the case. Whopperflowers are actually an enemy type, and you'll need to defeat them if you want that nectar. If you want to find one, open your handy dandy Adventurer Handbook and check out the Boss tab. There you should find the Cryo Whopperflower listed, and Whopperflower nectar should show up as a possible reward.

Once you've got the Cryo Whopperflower selected, just hit Navigate to slap a pin on your map. The pin will glow orange so it won't be hard to find, and you can utilize the fast travel system to get close in a flash. Then you just need to cut that flower down to size, and the nectar should be yours!

If you dispatch the Cryo Whopperflower and still don't get a nectar drop, don't worry. You can use the Adventurer Handbook method to make another one appear somewhere else on the map. This can be used to make the Whopperflower appear multiple times in a row. Be careful though, if you do it too many times you will eventually reach a point where you'll have to wait a bit before you can challenge it again. If you hit this point, don't stress too much. There are other Whopperflowers to be found by simply exploring the open world. Check out the area near Quingyun Peak, since they tend to hang around there.

With these two methods in mind, staying stocked up on Whopperflower nectar should be a piece of cake. For more features and guides on Genshin Impact, click here to go to the game hub.