These PS4 games won't be playable on the PS5

Sony has revealed a few PS4 games that won't be supported on the PlayStation 5. 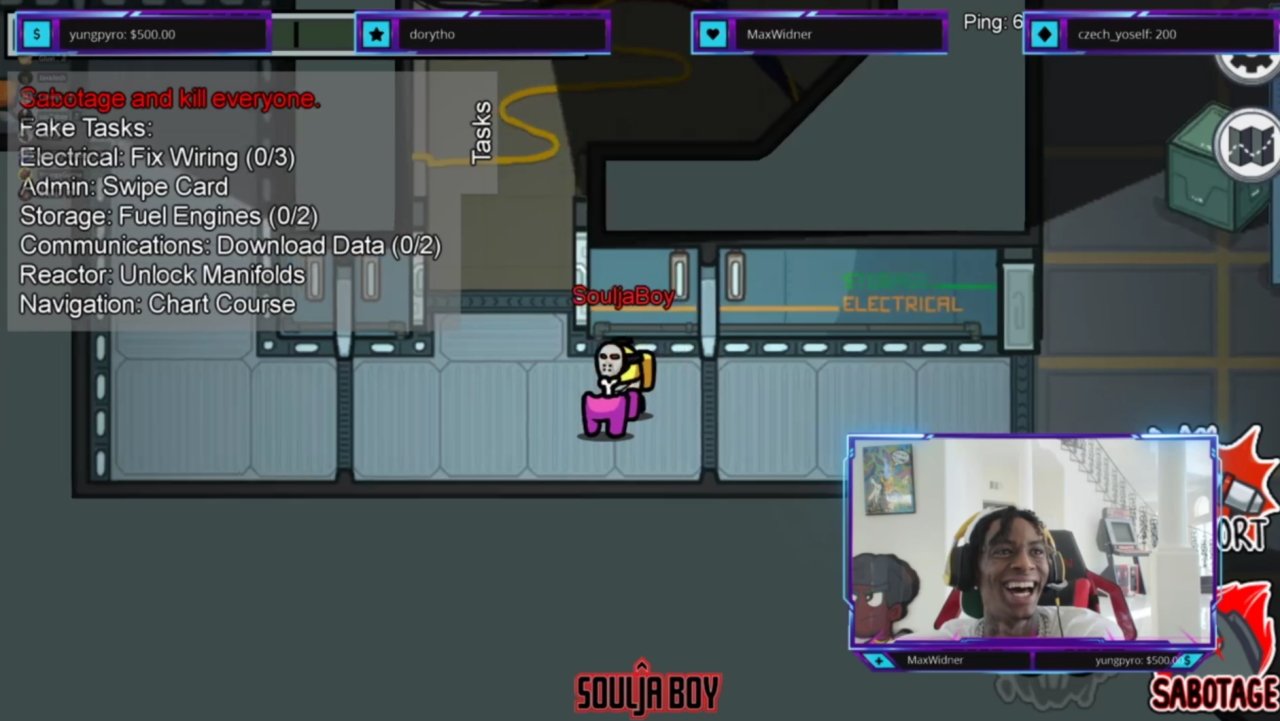 Check out Overwatch's Halloween skins for 2020

Halloween Horror 2020 brings a new and unsettling look for many of our favorite Overwatch heroes.

Among Us isn’t just causing arguments and chaos among the usual Twitch crowd any more. While Fortnite and Warzone used to be the places you’d see celebrities dropping in for a game or two, Innersloth’s indie game of spaceship betrayal has begun to prove itself as the new place to be on Twitch.

Yes, T-Pain isn’t the only American rapper getting involved with the gaming space, as last week Soulja Boy took to Twitch for several games of Among Us. The results? Utter chaos and hilarity. Soulja may be new to the hit indie title, but he wasn’t afraid to get his betrayal blade dirty when playing the imposter, pulling off some of the most brazen murders we’ve ever seen and then accusing others to get them tossed off the ship. Be warned, the clips included in this article below contain extremely strong language, so viewer discretion is advised (along with some headphones).

Listen! Listen! you not listening.. IM THE BEST lol pic.twitter.com/lklWxrpJfa

When his imposter rampages were caught, the results were only funnier. Any time the heat came down, Soulja Boy would throw accusations back or sow anarchy among the discord channel to derail the discussion. Seriously, how can you argue with this?

Soulja Boy playing Among Us is hilarious LMAOOOO pic.twitter.com/mh4EbLSOg2

Check out some extra highlights below, but again be warned, the video includes a lot of strong language. Our favorite sequence by far was imposter Soulja getting away from an emergency meeting scott free, then asking his chat who he should murder next. A totally find question, if only his microphone was still muted in discord. The awkward pause when he realizes the mistake is what really sells it.

i want to play among us w @souljaboy pic.twitter.com/nlep6Q6aOn

As well as playing with his friends and associates, Soulja Boy joined streamer xQcOW for a lengthy series of games. You can catch a longer sequence of highlights from the (incredibly chaotic) series of games below, or head to the full, five hour VOD on Soulja Boy's Twitch channel. Just be prepared for a heck of a lot of shouting and baseless accusations any time someone discovers a body or calls a meeting.

If you want to catch any of Soulja Boy’s future streams, be sure to head over to his Twitch channel. Previously he’s hopped on titles such as Call of Duty: Modern Warfare and Genshin Impact, but given the success of Among Us, we wouldn’t be surprised to see him practice his imposter work once again.