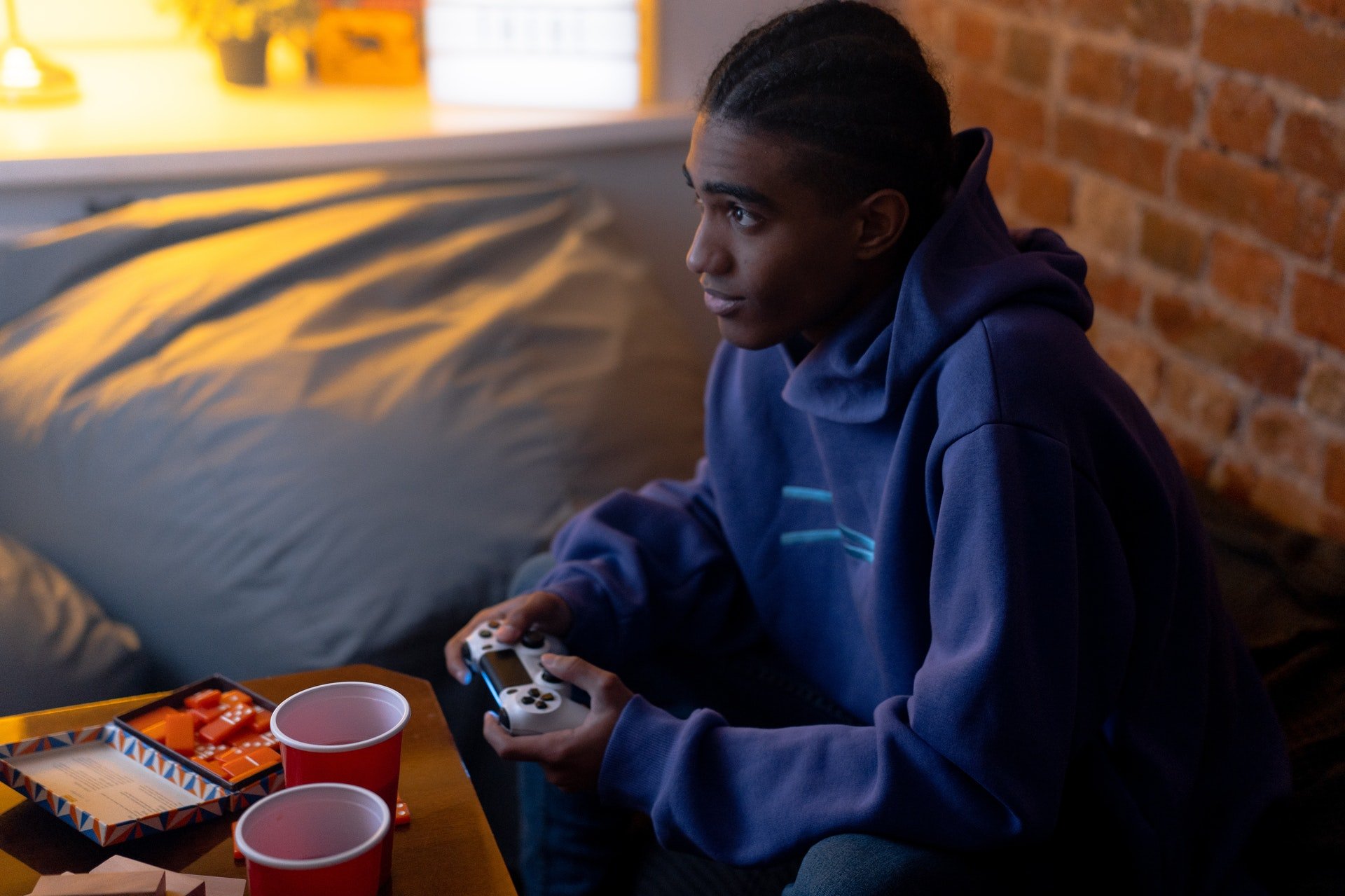 "Nearly 83% of African American teens play video games on a weekly basis, but only 2% of the industry – the actualworkforce – is representative of African Americans," says Ryan Johnson, quoting two reports, one from the Pew Research Institute and another fromthe International Game Developers Association.

Johnson is the founder of a non-profit aimed at rectifying that startlingly disproportionate state of affairs in gaming and esports. Cxmmunity, as he describes it, is a mission to bridge a 'digital divide' by working with K-12 institutions and Historically Black Colleges and Universities (HBCUs). By helping young minority teens get involved in gaming and esports, Johnson hopes to snowball that into an interest in STEAM (Science, Technology, Engineering, Arts and Maths) higher education.

In Johnson's experience, the lack of proportional representation between those playing the games and those making them begins early, which is why his organization aims to prevent the development of this digital divide before college if possible. Recently, the causes that have been so hard to visualize to the wider gaming community, have been laid bare by the COVID pandemic.

"What COVID has kind of exposed is that disadvantaged communities have a lack of resources and the appropriate technology to learn skills that will be necessary for tomorrow," he says. "So, you know, it really starts with one: getting devices."

As many of us are aware – especially those chasing down pre-orders for next-gen consoles – gaming can be quite an expensive hobby to keep on top of. While a huge number of teens play games, not all of them are playing on cutting edge devices. This can establish a simple barrier to entry for most esports pursuits, but it also results in some of the more nuanced differences within esports communities themselves.

A second-hand console is affordable enough for most disadvantaged families to pick up, but 'tier 1' esports, as Johnson describes them, like League of Legends, CS:GO and Dota, require investment in a PC. The competitive fighting game community, historically dependent on console and arcade players, is more diverse than any PC-based esport, but attracts less investment for prize pools.

"If you're not playing these [PC] games from when you're in your teenage years, there's really no way that you're gonna have a chance just to catch on in collegiate and then just go professional," he says. "That's one of the biggest divides is console versus PC gameplay."

To further illustrate the gap that develops when you only have access to console hardware, Johnson points to Dallas Empire, the winner of this year's Call of Duty League. The team took home $1.5 million, out of $4.6 million, the largest prize pool so far for console esports. This sum is far outside the usual cash pot for console tournaments, but still eclipsed many times by a dozen other PC-only esports tournaments.

this was our high school phenom @M8trixGames last week. tune in to our @twitch channel now to see what he’s got planned today. pic.twitter.com/vSqyzy7Izg

"How do you then help console – which has an entire different demographic with people that are also competitive within esports and very good – how do you bring that to the same level of attention that you do in LCS?" Johnson asks.

One of the ways Cxmmunity tackles this gulf is the direct provision of laptops and mobile hotspots to students hoping to pursue STEAM education tracks and careers. By partnering with hardware and peripheral manufacturers like HyperX, Cxmmunity has run successful fundraising initiatives to drum up more than $100,000 at a time for supplying devices. But provision is just one part of the holistic approach Johnson and his small team take to improving education attainment and esports representation in one fell swoop.

Another is creating leagues and tournaments for the benefit of black and minority players who might not otherwise find a way into esports. Working with Twitch to create a new HBCU esports league, Johnson and Cxmmunity hope to provide opportunities for players to get on stage to show their skills and have their voices heard.

.@Twitch, a subsidiary of Amazon, is partnering with @cxmmunity to create an esports league for historically Black colleges and universities. More details below from @Verge. https://t.co/18CGLhSmqs

Working with Atlanta-based groups like Axis Replay and Game Breakers, Cxmmunity's HBCU esports league won't just provide matches for players to prove their skill. There are also backstage work options, and scholarships through Amazon Student to tie into the organization's other focuses on improving attainment and education for students at HBCUs.

"Outside of just like esports, we focus on the video game industry at large, so whether that's working at a professional organization on the business management side," Johnson says. "The four core areas that we focus on are: traditional information technology, STEM and STEAM, live event production and event management, and then business marketing and business management. Those are the four core buckets that we want to make sure that, at least we're teaching in some level because those four areas could more than likely exist within the esports and gaming industry."

There are barriers to setting up these tournaments as well, though, and some are simply the sorts of perceptual considerations that members of the black community at large are unfairly saddled with.

"A lot of the HBCUs want to stay away from violent titles, right," says Johnson. "I don't think that they want to even display what could be perceived as negative imagery. I'll give you a real-life example. One of the reasons Call of Duty isn't feasible is that, for the first time, you know, basically having a league for African-Americans is like you don't want to have a shooting game with all black faces.

"It stems from that old thought process of, you know, the negative stigma around gaming that video game violence translates to real life violence, which I don't think a lot of people agree with."

This potential problem with the perception of the league is something most tournament organizers aren't having to contend with, even if it is something that in the end doesn't end up affecting funding and support.

However one thing that does directly affect funding is the league's attachment to HBCUs, making its mission even more difficult. "At the end of the day the biggest thing, on our end but actually on the universities', is purely funding," says Johnson. "We read a lot of data reports and we've been building this out. One thing that I read is that in 2019, the top 7 predominately white institutions, or like PWIs, raised about $1.9 billion through their alumni donations. In 2019 the top 100 HBCUs raised about $43 million."

These wide gulfs seem almost inconceivable to bridge, but Cxmmunity's HBCU esports league is the first step to addressing the roots of them.