The biggest gaming Halloween events in 2020

Learn which of your favorite games are out to get you this October with special Halloween events for 2020. 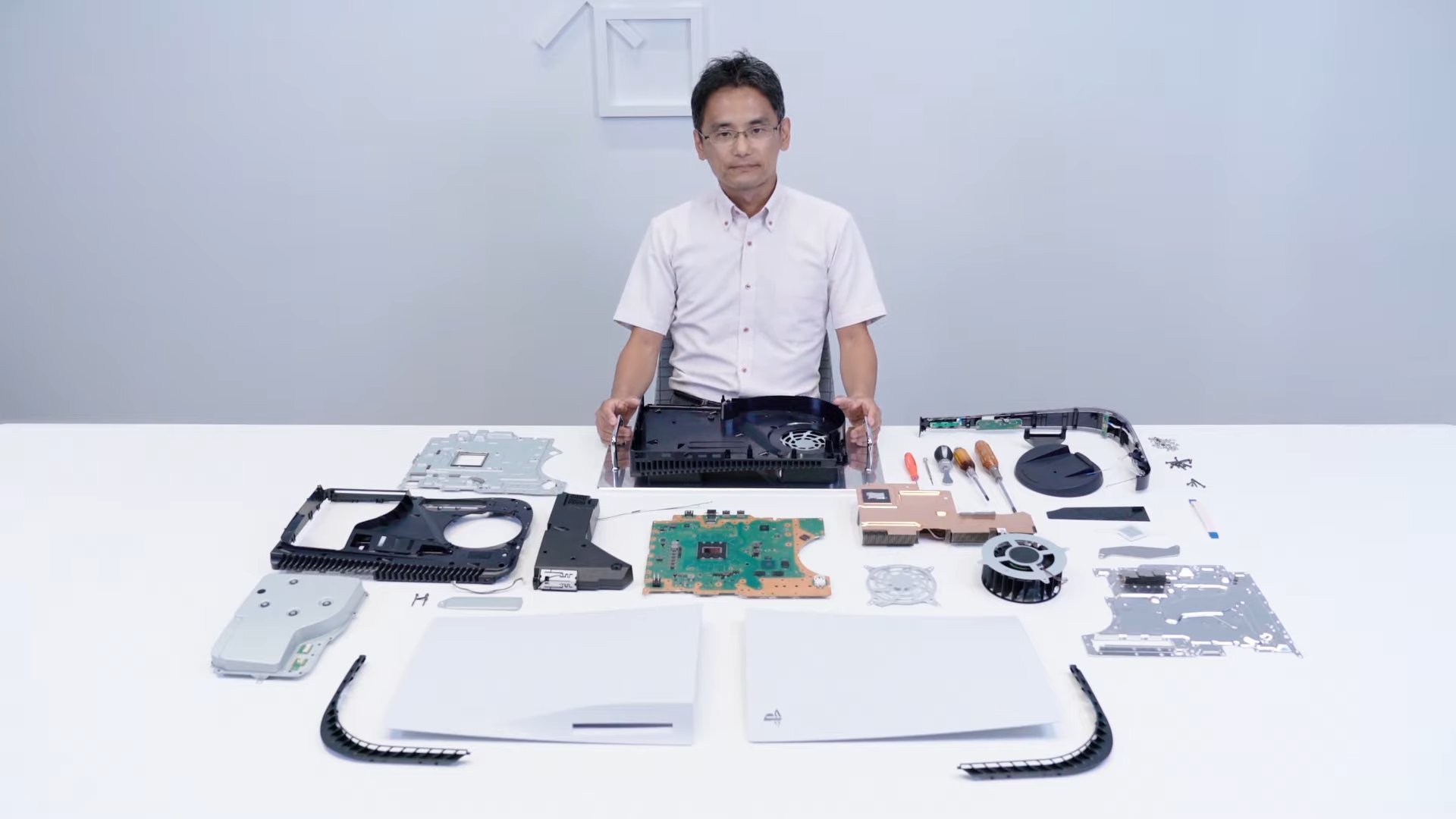 PS5 technical teardown shows how the next-gen console comes together

Check out all the new armor and weapons in Destiny 2: Beyond Light with fun new traits for your loadout.

Sony has shown off what's inside its next-gen console with a technical teardown of the PlayStation 5, revealing how its components fit together and how to switch between vertical stand and lying down mode.

The official PS5 teardown video, presented by VP of the Mechanical Design Department, Yasuhiro Ootori, shows off just how massive Sony's new console is, as well as the lengths to which they've gone to improve heat management.

After the PS4's notoriously noisy fans became the lasting impression of this last console generation, the PS5 features a truly massive heat sink and 120mm fan combo, as well as liquid metal on the CPU's heat exchange surface to improve thermal transfer. The entire rear side of the console is also a single exhaust, and its size also helps with maximizing airflow over the components.

A plastic sheath around the inlet and exhaust serves as a dust catcher, allowing you to easily vacuum out dust without opening up much more of the console than just its side plates. The side plates themselves come off fairly easily, which gives us hope that the Xbox 360 faceplate market could see a resurrection with custom plates for collector's editions.

Standing almost 40cm tall and 26cm wide, the monster will certainly be taking up a few home theater setup shelves when it releases on November 12 (or 19, if you're outside Japan, North America or half a dozen other countries).

Ootori also showed how to change the console's display orientation, removing a baseplate from its vertical standing position and storing the bolt inside the stand itself. Then the stand simply clips onto the PS5's sideplate to hold its curvy frame as it lays on its side.

It doesn't seem that complicated, and no one will likely be changing the way their console sits on a shelf more than once a year, but that didn't stop Xbox social accounts from taking a pop at them in the vein of Sony's extremely scathing "here's how to loan games to your friends" burn after Xbox One's botched reveal.

How to switch the Xbox Series X from vertical to horizontal pic.twitter.com/efnCoBPWTW

It wouldn't be a good next-gen launch without the old console war rearing its petty head once more. The PlayStation 5 releases on November 12 in North America, Japan and a few other territories, and November 19 in the rest of the world including most of Europe.

Are you excited for your PS4's jet engine to finally be silenced with the PS5's improved heat management features? Or were you hoping to see more of what's on the screen instead of under the hood?