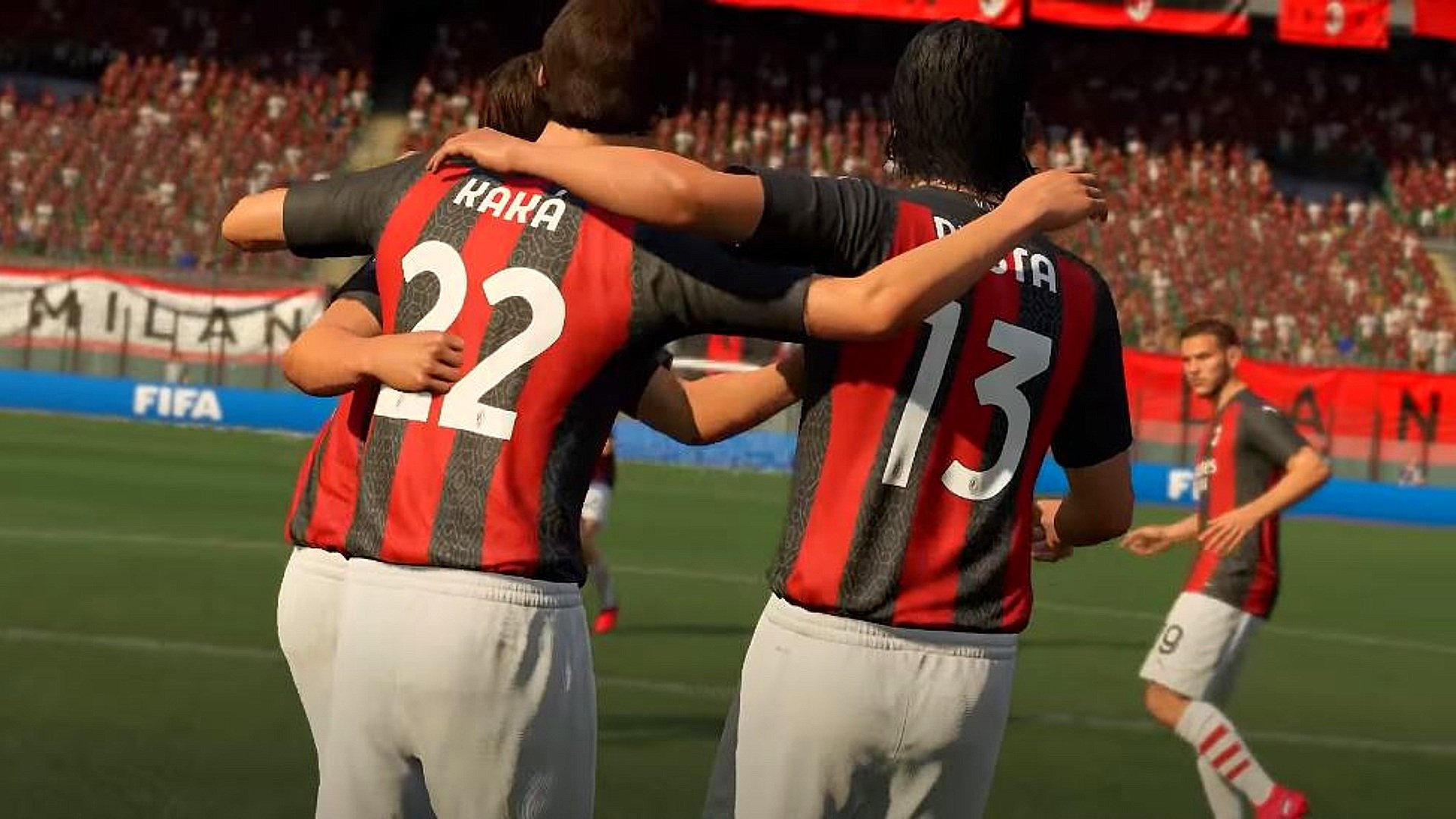 FIFA 21 arrives today amid one of the strangest launches for a football game. The first of the series to release in October since FIFA 10, this year's update follows a similar month-long delay by the English Premier League in kicking off the 20/21 season, due to the complexities of running professional sports events while the COVID-19 pandemic continues. The end of the spring season of EPL football saw it stretch into the summer, as Liverpool claimed the title after a three-month suspension of matches which saw teams return to play their matches in empty stadiums.

The eeriness of this situation, however, was hard to appreciate for fans without season tickets. While many were deprived of the weekend pub outing with their pals to see their team play, televised fixtures didn't seem all that different aside from the occasional glimpse of an empty stand. The magic of this normality amid decidedly un-normal times is all in the noise. And football's lost atmosphere found itself an appropriate savior in the game series that itself tries its best to replicate the magic of the pitch.

“We’ve been recording and curating a library of thousands of assets and audio content for nearly the past decade for FIFA," says audio producer on the EA Sports series, Andrew Vance. "None of our audio is simulated or synthetically generated, and there’s no generic crowd sounds from sound libraries. It’s all captured from live games, from fans themselves, and match recordings that we secure through our excellent league and broadcast partners.”

As such, the audio department at EA Sports has ended up with a massive library of the very essence of football: the passion of its fans. This meant that they were in the perfect position to help add that missing spice back to the experience of watching matches on TV, as no-one can currently get the in-stadium experience. Broadcasters like Sky Sports have teamed up with EA to help remove some of the uncanny valley feeling from watching the sports stars of the EPL playing to empty seats.

"While I can’t dive into specifics, I can say that it’s been a really exciting collaboration from the get-go," says Vance. "Delivering in-stadium energy to fans has been an interesting process, especially since they aren’t able to return to the stands yet. Adding Atmospheric Audio was a natural fit since the recordings we create are from the actual stadiums."

Not only are crowd sounds used in FIFA recorded from actual stadiums, they're linked directly to each club represented in the game. Everything from cheers to boos to the authentic fan songs that seem to constantly spring up every season out of nursery rhymes, mid-20th century pop songs and commercial jingles replaced with the name of their favorite midfielder. For the audio team at EA Sports, this means they need to re-record their libraries sometimes, based on whichever MoneySupermarket earworm the Liverpool fans have decided to sing Mo Salah's name to this year.

"It takes a lot of work to produce the level of detail we’re looking at, we’ve provided [to broadcasters] over 1,300 assets that equates to roughly 13 hours of audio content," Vance says. "We try to keep these as updated as possible every season and are already tracking movement closely with changes to ratings and other ongoing initiatives."

Once receiving this treasure trove of canned fan passion, the audio engineers at broadcasters like Sky have to figure out how to do what EA's engineers have already programmed the FIFA games to do.

"From that content, we find the best bites and assets that will be integrated into the broadcast, our development team works to get audio to a point where the broadcaster can actually replicate it," Vance says. "For this project, we migrated it into a unique format for live experiences and dynamic mixing functionality for the broadcasters to apply to specific points during a match, based on what’s unfolding on the field."

Whereas FIFA has a complex automated system for finding just the right commentator voiceover and crowd noise to trigger based on conditions on the pitch, someone on the broadcast desk for a live football match has to then do it on the fly. An unenviable job, given the number of samples they're working with.

"Producers play back multiple streams of audio that re-create reactions, chanting and general excitement from the crowd," Vance explains. "Other elements and celebrations are manually triggered during gameplay by the engineer who uses a mix desk and a soundboard to play back. Through this whole process, we look to capture every detail for passionate fans who are tuning in."

This does mean that it's up to an audio producer at a desk to decide how much an away team loved a shot versus how much the home team may be dreading it. "This is up to the discretion of the sound engineer, but they have many options to choose from in creating a balanced and realistic environment based on the nature of the stadium," says Vance. When a player receives a red card, it could be a contested challenge at a particularly emotionally charged point in a game, or just a terribly mundane error by a player. Each of these situations requires the judgment of the audio operator and mixing volumes of a number of different samples – from boos to whistles to yells – to create just the right reaction.

It's a complicated job, and one that has been thrust onto broadcasters with very little time to work things out. But, like any good forgery, if it fills in just enough gaps to stop your brain from questioning what it's seeing, it's enough to convince you it's the real deal.

FIFA 21 is out today, in Ultimate and Champions editions, and the standard edition will release on Xbox One, PS4 and PC on October 9. The Nintendo Switch version will also release October 9, but will not feature some of the new additions of this year's instalment.