The Difference Between Full, TKL, and 60% Keyboards

Keyboards come in full, TKL, 60% sizes, and more... What do all those things mean? 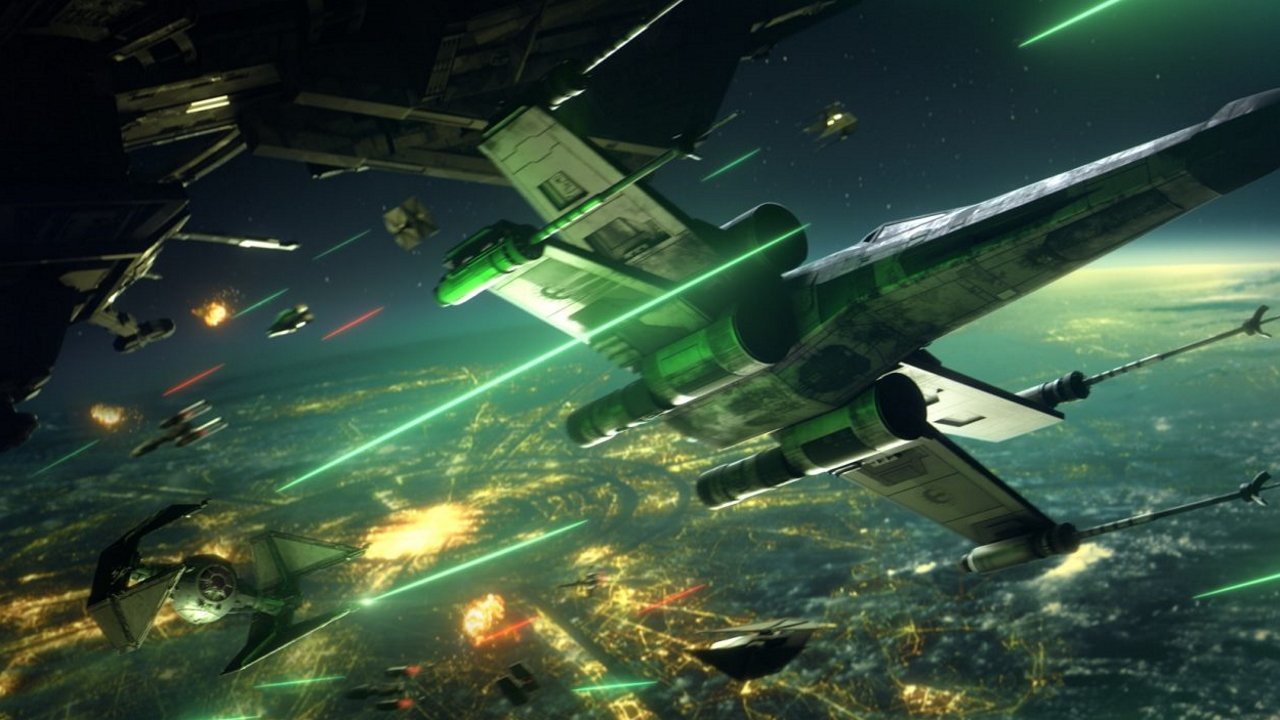 Not every pilot can be Poe Dameron. If you want to prove yourself as one hell of a pilot in Star Wars: Squadrons, you’ll need to put in some serious practice in the cockpit. Dogfights are a sheer delight in this latest Star Wars title, but the action and sheer range of factors to keep track of can prove pretty overwhelming at first. To help you graduate from pilot pupil to pro, we’ve rounded up some crucial beginners tips and tricks for Star Wars: Squadrons that’ll help you tackle fights in both the campaign and multiplayer.

Star Wars: Squadrons gives you a lot of control over your ship. With so much to keep track of, the biggest improvements you’ll see will simply come from time and experience. However, while you’re working up those hours, you’d do well to follow the advice below as well.

Skilled flying is one thing, but making sure you manage your power is arguably more important. It’s easy to forget power balance in the heat of battle, but it’ll make the difference between destroying a capital ship or flagship weak point in one run or three. Lining up an attack run? Swap power to weapons. Finished shooting? Hit the engines and boost out of there. Add power management to your mental checklist for each sequence you take. You can check your power level on your ship's dash at any time, so get used to looking at it regularly.

And even more forgettable than power management is shields. Squadrons gives you the option to redirect your shields to the front or back (hold Square on PS4 or X on Xbox One ), and while that might seem like a lot to handle, you can strip it down to a few key moments. Lining up an attack on an enemy capital ship or flag ship? Stick your shields to front as you enter the run, then flip them to back as you boost away. Feel free to reset to neutral the rest of the time, but building shield management into a habit will help you out in the long run.

Use the training map

If you’re planning to jump online, you need to know how to fly your ship quickly and efficiently. Boot up the training section from Star Wars: Squadrons’s main menu and you’ll find yourself in a clogged field of wreckage. This is the perfect place to practice sharp turns, drifts, and other fancy maneuvers. Open the menu while flying and you can spawn enemy squadrons and capital ships to practice evading and or taking down with precise laser fire.

The training map is the perfect place to practice the shield and power balance reflexes described above without committing to a full match vs bots. Booting it up for five minutes before heading into online matches is also a great way to make sure your aim and movement are on point before you play for real.

There are four ships to pick from on both the Empire and Republic sides. While the campaign will take you through all of them, newcomers would do well to avoid support ships. While certainly useful, these unwieldy beasts need to balance both attacking enemies and targeting their own sides’ ships to deploy shields and other buffs. In the right hands they can make a strong allied pilot into a formidable machine. But in the grips of a newbie, a support ship is little more than easy prey for the enemy’s interceptors. Hold off from picking them until you're more accustomed to how the game works.

Fleet Battles are the core of Squadrons’ online multiplayer, and you’ll find yourself going back and forth between attacking and defending as morale wanes. In this mode it’s especially crucial to swap between ships as you shift modes. You can fly back to your Flagship to do this, but it’s also easiest to flip when killed.

If you’re attacking the enemy’s Capital ships and Flagships, swapping to a bomber or equipping Ion Bombs to disable shields will make an enormous difference to the damage you dish out Even a single run from a proton bomber or one with powered lasers will do a lot more than a deftly piloted A-Wing when tackling a Star Destroyer. Swap to Fighters and Interceptors when defending, then change to bombers when you push forward again.

Learn where to shoot

Speaking of Fleet Battles, you'll want to familiarize yourself with where to shoot on the big ships for both factions. The Fleet Battles tutorial will take you through the process for the Star Destroyer, but the MC75 is a little more confusing to look at. We've put together a helpful guide you can read by clicking here which points out the key areas to strike when you get the chance.

The Empire side is arguably tougher to play than their rebel scum counterparts, thanks to their unusual ship design. Rather than packing shields, most of the TIE variants come with an overcharge function instead. This allows you to massively boost your rate of fire or engine boost for a short time. And when it comes to weapons, overcharge puts you in a class well above that of an X-Wing. It’s easy to forget to use this entirely, but if you do then you’re giving up on one of your biggest strengths over your opponents. Whack it on every time you go for a strafing run, then kick the engines into gear when chased.