Find out which joysticks are recommended for Star Wars: Squadrons so you can master both X-Wing and Tie Fighter. 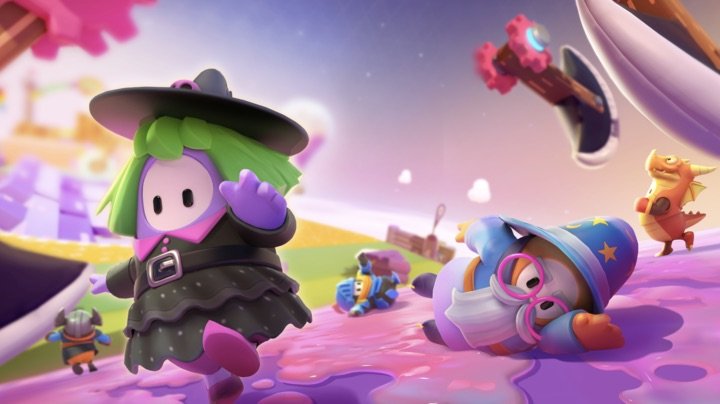 Learn all the available Imperial and Rebel ships and stats in Star Wars: Squadrons, so you're ready to take on any challengers.

Fall Guys Season 2 will launch on October 8, and as it's Halloween month you can be sure to see some more spooky costumes alongside new levels or maybe some other unannounced features that we're desperately waiting to find out about.

Mediatonic announced the Fall Guys Season 2 launch date today, acknowledging that it may be tempting fate to lock themselves into a launch with the number of new developments they're constantly adding to the hit game.

Announcing dates always feels like you're cursing things, but it's Halloween month, so let's get cursed!

Season 1 will now end as Season 2 begins and we're going to DOUBLE fame points during this time! pic.twitter.com/J9TFIZ1BDd

Fall Guys Season 1 will end on the same day Season 2 launches next Thursday, and to help you try to earn some of those final store costumes you're still eyeing up there will be double fame points until the next chapter of falling off ramps begins.

This next season of Fall Guys was teased during Gamescom's Opening Night Live at the end of August,outlining the medieval theme of the new content, which fits in with this month's spooky overtones with witches and wizards and dragons all over the place.

The next season will also introduce more customization options for your little beans, in the form of banners and nicknames, so you don't have to be a completely anonymous fall fella anymore. Nicknames are pre-chosen to avoid the mess of players entering HTML code which put gigantic slurs all over our screens around launch, so now you can be a Good Egg or Trying Their Best or some other similarly wholesome phrase. Banners and nicknames will be rewards for doing your best.

For beans who are still struggling to complete their wardrobe, even after double fame points for the next week, season 2's rewards will include six times more golden crowns letting you purchase even more featured costumes. That's nice.

Are you excited for all the Fall Guys Season 2 fun to arrive when the next chapter launches on October 8? What Halloween costumes are you hoping to scoop up this month?