Find out which VR headsets will work with Star Wars: Squadrons to let you hop into the virtual cockpit and soar through the stars. 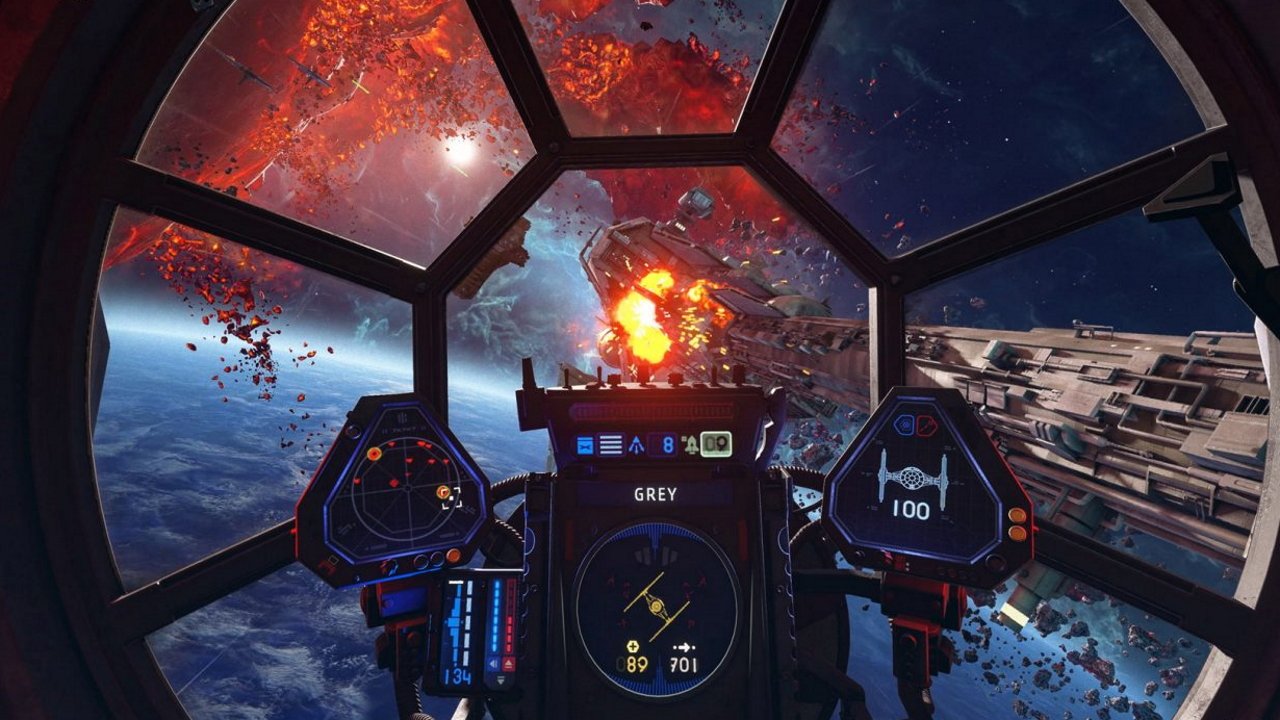 Fall Guys Season 2 launches on October 8 with appropriately Halloweeny costumes and double fame until then.

You can play Star Wars: Squadrons using a keyboard and mouse, PS4 DualShock controller, or Xbox One controller. But if you have the option, playing with a joystick is definitely the way to go. If you’re looking to pick up a joystick for your gaming setup, or just want to know if the one you own will work, we’ve rounded up the available information regarding supported joystick for Star Wars: Squadrons on PS4, Xbox One, and PC.

Again, it’s worth noting that other HOTAS joysticks may work with Star Wars: Squadrons, but until you see someone else working with them, we wouldn’t recommend buying one to use with the game. If you’ve already got one hanging around, then there’s no harm in plugging it in for a try.

Much like Microsoft Flight Simulator, our pick for the best PC joystick for Star Wars: Squadrons has to be the Thrustmaster T16000M. It'll handle Squadrons perfectly, and set you up for the more complex controls of other flight sims. However, if you’re working with a budget, then the Logitech Extreme 3D pro is a great choice. Due to the popularity of Microsoft Flight Simulator, good joysticks are running low in supply. As such, you may need to hunt around a bit to find one. Pick one up and pair it with a supported VR headset and you'll have the best experience possible with Squadrons.

Unfortunately, using a console like the PS4 or Xbox One limits your options a lot more, so you’ll need to work with the available joysticks like the Thrustmaster T-Flight Hotas version. Star Wars: Squadrons has a lot of commands you’ll need to input quickly, so making sure your stick comes with plenty of buttons or a HOTAs system is crucial.

That’s all we know about the supported joysticks for Star Wars: Squadrons, as well as our pick for the best joystick to use on PC. For more Squadrons guides and features, click here to dock your ship at our hub page for the game.