Add some scares to your island by learning how to change your eye color and skin tone to new Halloween options in Animal Crossing: New Horizons. 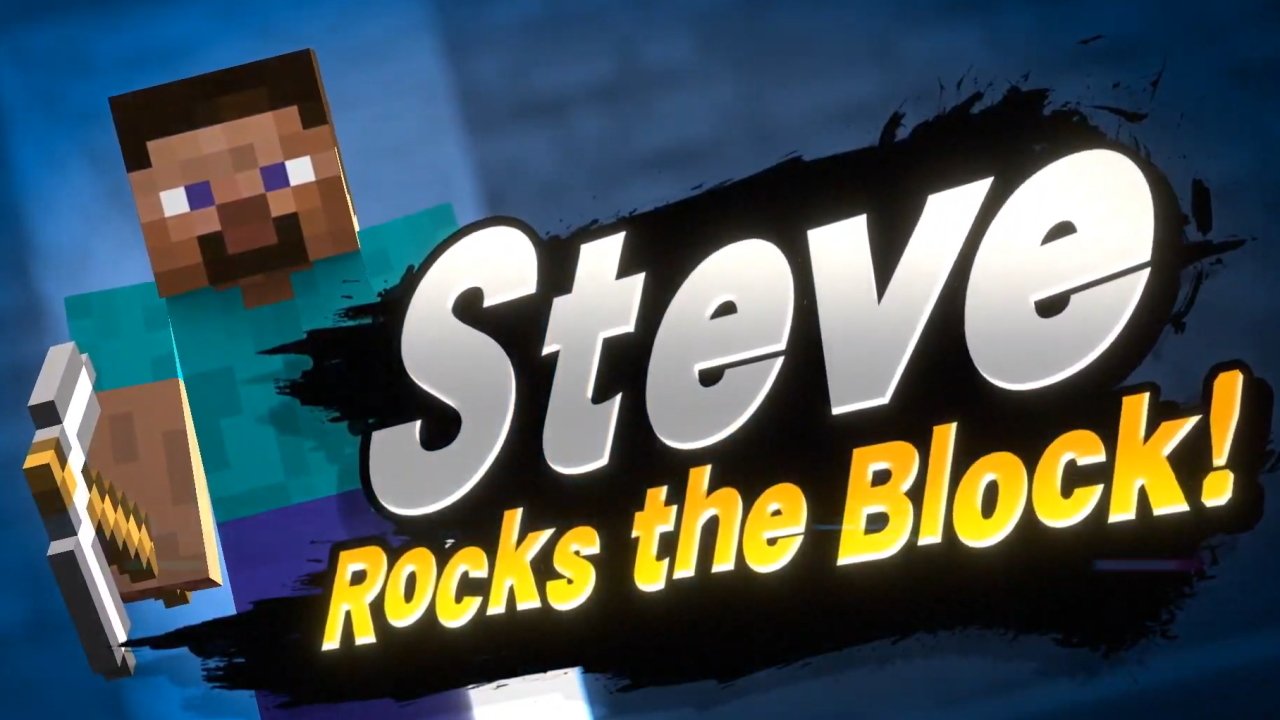 An in-depth look at Minecraft Steve and Alex in Super Smash Bros. Ultimate will run for 45 minutes on October 3.

Minecraft Steve is joining Super Smash Bros. Ultimate as the next DLC fighter.

The long wait is finally over for Smash Ultimate fans, as we now know that Minecraft Steve will be joining the game as the second character in Fighter Pass 2. The new addition follows on from Arms’ Min Min, who joined the game back in July. It's not just Steve however, as alternate skins will allow players to control Alex, Zombie, and even an Enderman!

Following the short reveal trailer, Super Smash Bros. Ultimate director Masahiro Sakurai presented a short bit of information on the new fighter, talking through the challenges with bringing the fighter the game, including reworking stages to allow blocks to be placed on them. Sakurai has promised a more in-depth video talking through the character's moveset in the near future, as he's done with previous additions. You can watch that unfold in the Mr. Sakurai Presents "Steve & Alex" broadcast on October 3 at 7:30 am PT (10:30 am ET, 3:30 pm BST, 4:30 pm CEST).

The new character will be included for anyone who’s purchased Fighter Pass 2, but can also be purchased standalone in a Challenger Pack which costs $5.99. As usual that pack includes not just the fighter, but their own unique stage and music as well. We get a look at the Minecraft stage in the reveal footage, which is incredibly blocky, just as you'd expect! It appears to shift through different biomes and shapes, though it's not clear if that will change each time you play or over the course of one match.

As for the fighter himself, the Minecraft character (Steve, Alex, Enderman, whichever you like) is able to mine surfaces on the floor, plant blocks, and even craft more advanced weapons to fight with. If you're really looking to dish out some damage, they can even plant TNT to detonate on the competition. Their Final Smash appears to be knocking the affected enemy into a creeper-packed room, before watching them suffer an untimely demise while chowing on some meat outside. Stay classy, Minecraft Steve. Get a more in-depth look at Minecraft Steve's Smash Ultimate moveset by clicking here.

If you want to rewatch the full reveal sequence, we’ve embedded the Fighter reveal stream below so that you can relive the excitement all over again. Just be prepared to skip through the opening pre-stream period!

To recap, it’s now been confirmed that Minecraft Steve is the new Smash Ultimate DLC character, and the second addition to Fighter Pass 2. Alternate skins include Alex, Zombie, and an Enderman! Are you happy with the new reveal? Let us know in the comments below!