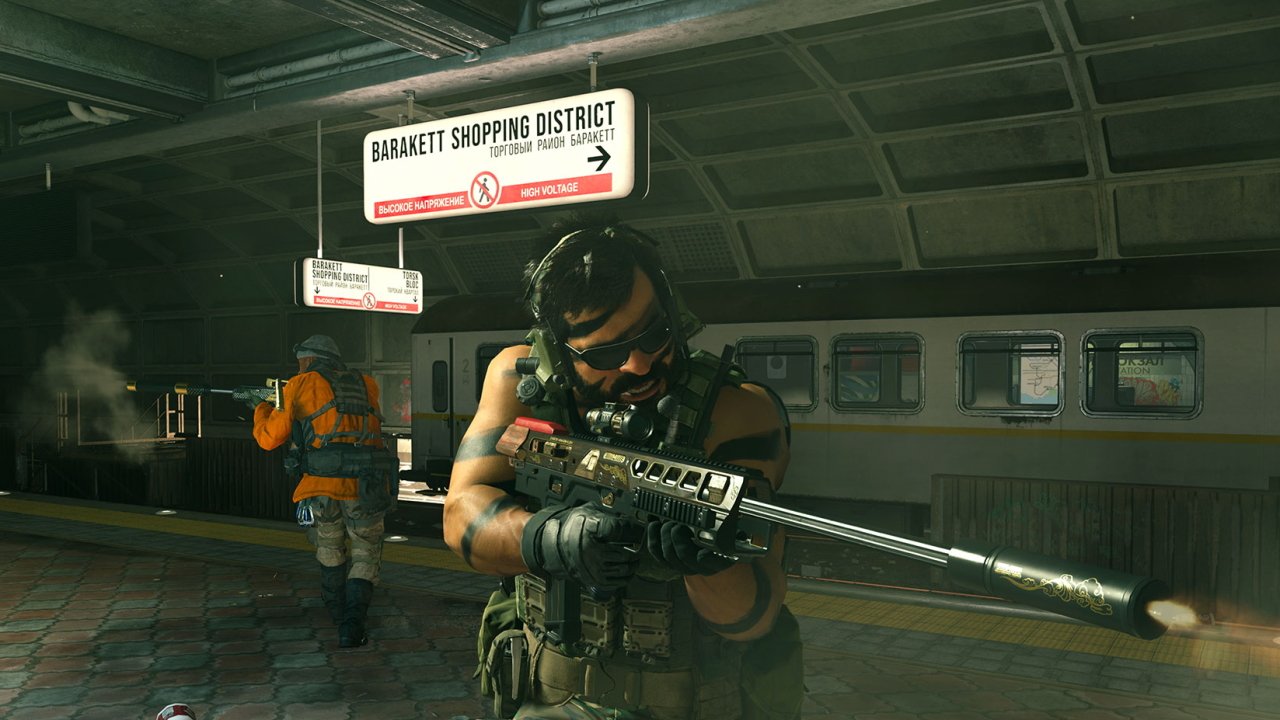 As ever, a new season means new Operators available for paid battle pass holders. Season 6 introduces Farah and Nikolai to Warzone. Farah is available instantly, while Nikolai requires players to work through until level 100.

For those working their way through the free battle pass rewards, two new weapons await. Unlocked at Tier 15, the SP-R 208 marksman rifle is described as “one of the most accurate weapons in its class” and includes more customization options than its peers.

The AS-VAL will unlock at Tier 31, and marks the 13th addition to the AR block. It comes with subsonic rounds and a built-in suppressor, letting you sneak up on foes before unleashing death with its high rate of fire.

The big new maps update in Call of Duty: Warzone Season 6 is a subway fast travel system. These trains will help you hop around the map at faster speeds than ever before. The stations will have platforms to catch a ride in either direction, and there’s plenty of loot lying within as well. However, fighting your way to the train may prove challenging to say the least.

Not only do the tight underground quarters make for a dangerous place to clear, you’ll need to make sure you stay clear of the tracks themselves if you don’t want to end up painting the subway tunnels. Worried about where you’ll end up? Infinity Ward has released a handy subway map to explain where you can zip between during matches. Here are all the places the trains can stop:

Most interesting of all, the map notes that a “hazard” occurring at a station will lead to the train driving straight on to the next station. It’s not clear if that means the gas ring closing in or players causing chaos. Either way, make sure you don’t hop on at the wrong place or you could be taking a long trip into the danger zone.

The launch of Season 6 has seen a new limited-time mode added to Warzone called Armored Royale. Rather than drop in with little more than a pistol, teams arrive in this Warzone fight with an armored truck at their disposal. Better yet, it comes with a hefty turret on top to unload on the competition. Keep your team’s truck alive the longest and you’ll claim the crown.

A Halloween event is on the way

And finally, it may not be here yet, but a special Halloween event is on its way to Warzone. Titled the Haunting of Verdansk, it’ll kick off on October 20 and run until November 3. Further details have been kept very quiet, but we’re expecting to be dunked into the light of the moon at the very least.

And that’s everything new Call of Duty: Warzone Season 6 has brought to Verdansk! What’s your favourite addition? Let us know down in the comments. For the full patch notes for Season 6, click here. Otherwise, drop down to our Warzone game hub for more guides, news, and content.