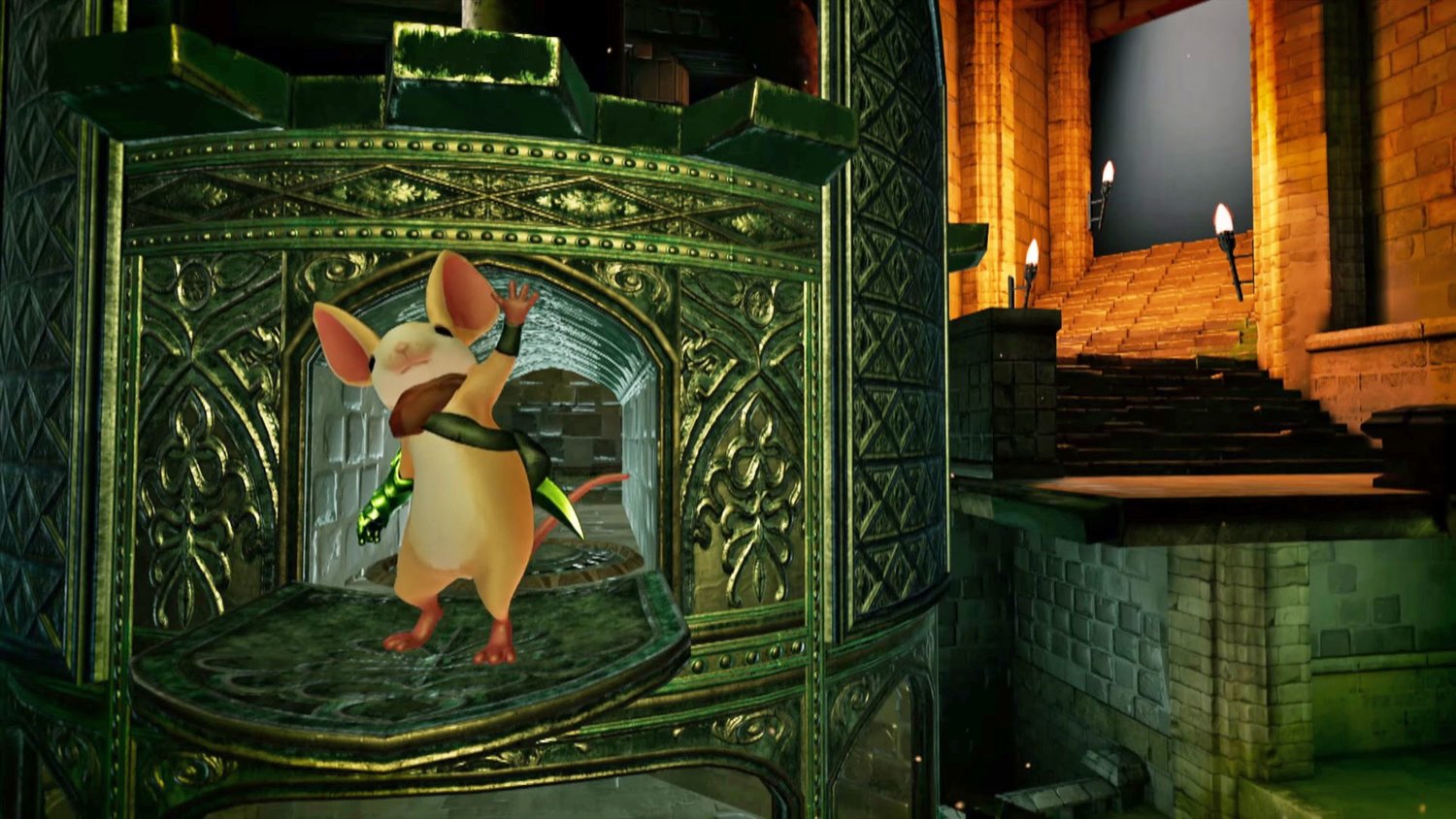 Accessibility in games has seen many leaps forward in the last generation of consoles, as developers and manufacturers reach out to gamers that aren't otherwise able to enjoy their hard work.

The Xbox Adaptive controller is one of the more prominent examples of an industry leader ensuring its games are played by anyone who wants to, as a physical statement of Microsoft's commitment to get everyone gaming. And in games themselves, entire settings menu segments have been expanded for degrees of control, from color blindness to subtitles. While the latter is the most basic aid that could be extended to gamers with partial or total deafness, it's still not universally applied. Some subtitles only show up for cinematic conversations, leaving out incidental dialogue in gameplay, or helpful barks from enemies or AI companions.

Other games, like Final Fantasy VII Remake have added entire on-screen dialogue chat log displays for NPC chatter alongside main character subtitles as you wander around areas, to help you pick out snippets of conversations. These are useful even for the average gamer, who could lose neat little plot foreshadows among the thousands of voice lines that caused the game to take six years to finish.

But there are other developers going above and beyond to make sure deaf members of the gaming community are staying in the game. In some cases through added accessibility options, others with a more fundamental need for representation. Among these is Moss, the PSVR and PC game featuring a small mouse with very big ears who needs your help to solve puzzles.

The unique perspective of Moss, in which you are an observer of the tiny mouse's adventure, means that the fourth-wall is broken frequently as your small friend Quill sometimes tries to offer hints. Given that Quill can't speak to you, she communicates in American Sign Language (ASL) which is just universal enough to give even non-signers a decent chance of getting the gist. But for deaf communities on release, Moss was a rare chance to see the language they speak daily in the hobby they've played for years with no prior mention.

The key to Quill's use of ASL is that it seems so natural, as long as you can suspend your disbelief to the extent that a mouse couldn't learn to speak but could learn to sign. The use of sign language as an effective tool even for the benefit of non-deaf gamers was also put to good use in Fullbright's indie space station explorer Tacoma a year before Moss released.

The Gone Home developer's follow-on game features the same sort of investigative storytelling, but this time floating around an abandoned space station – smartly avoiding the label of walking simulator. While much of the game plays out through the deaf-friendly medium of written log entries and other on-screen exposition, the neatest touch is the way the main character interacts with the technology of the station.

Given that space is a harsh and unforgiving environment for human lungs, it makes sense that astronauts might not always be able to rely on the ability to speak, or for their words to be heard. So doors and other switches are activated by fingerspelling various codes, using sign language to convey speech to a camera across the empty, soundless void of space. This ends up as a great piece of world building, as you can imagine the types of scenarios or decisions that led to this becoming a commonplace interaction, and as a welcome inclusion for the deaf community.

Indie titles are often the first to reach outside of the mainstream audience for representation, but they have also led the way for bigger developers to take notice of how they aren't meeting the needs of their fans. Fortnite developers Epic Games have made a Herculean effort to tailor the experience to the millions of different gamers of all ages and abilities playing alongside each other. One of those gamers, Ewok, found a huge following after demonstrating her skill without one of the key senses for survival in battle royale games.

In 2018, Epic helped Ewok (and thousands of others) by adding a sound visualizer ring around the crosshairs, giving deaf and partially deaf players a chance to know where the next action will be coming from. You can see the ring in the above gameplay video, if you can understand the rest of the truly incredible amount of visual information Ewok processes every second.

The inclusion of gunfire and damage indicators is the first step towards putting players on the same playing field, but full sound visualizers are still rare in FPS games. Luckily the number of companies committing to improve the options available to the deaf gaming community are increasing every day, which is welcome news to us all.