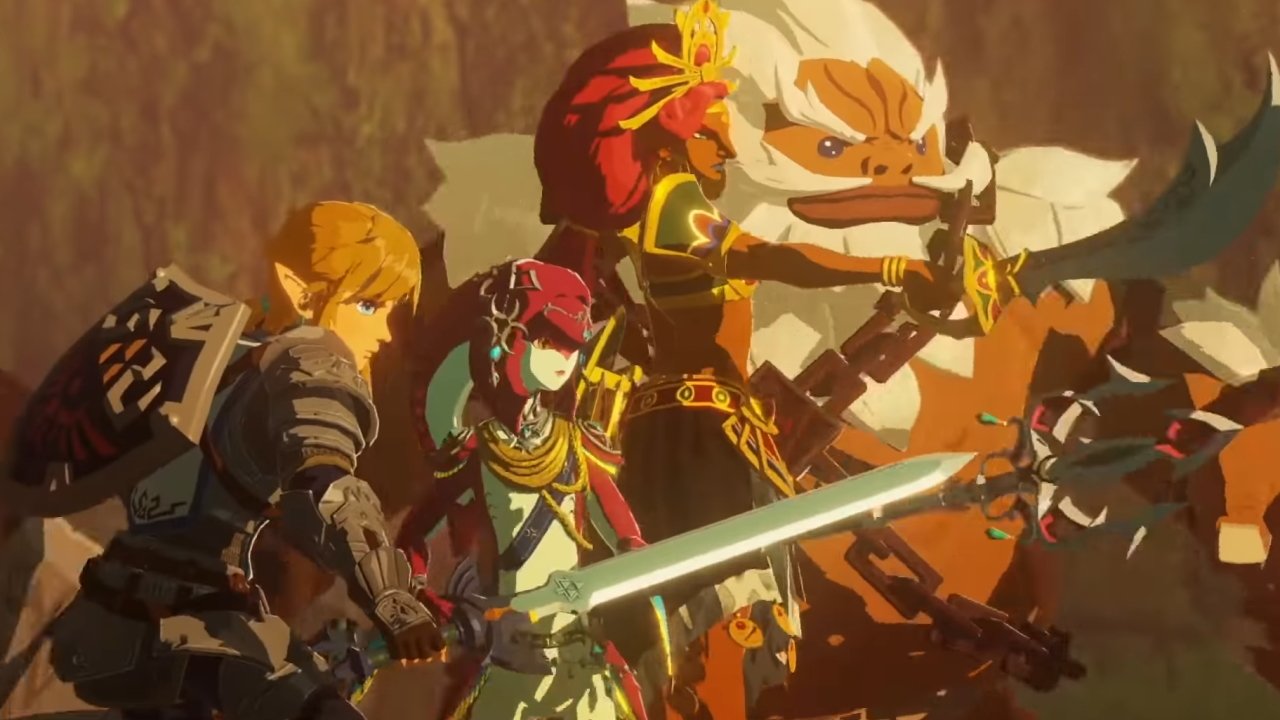 Japan is the birthplace of many beloved video game franchises, so it’s no surprise that its yearly gaming showcase is always one to watch. Due to COVID restrictions, Tokyo Game Show 2020 was a little more subdued than your average year. However, there was still plenty to enjoy from the virtual halls of the online conference. In case you missed the events unfolding, we’ve rounded up the biggest gaming news from TGS 2020 for you below.

TGS 2020 took place from Thursday, September 24 to Sunday, September 27. As an online conference, the show featured scheduled streams from a variety of big gaming names such as Capcom, Square Enix, SEGA, and more. Here are our highlights from the full TGS 2020 show.

While many upcoming games are hiding their gameplay away behind flashy CGI cutscenes, the recently announced Hyrule Warriors: Age of Calamity came out quite literally swinging. Set during the Age of Calamity which precedes Breath of the Wild, the new Hyrule Warriors title from Koie Tecmo sees Link fighting alongside Zelda and the other legendary heroes such as Urbosa and Revali as Ganon’s forces overwhelm the land.

TGS 2020 gave us a lengthy look at the game in action, with footage not just of Link, but also Daruk, and a young Impa who, 100 years in the past, looks an awful lot like her future granddaughter Paya. The streams were broadcast in Japanese only, but GameXplain took the time to translate one of the showcases so that viewers who don’t speak the language could have a look at what the presenters were saying. We’ve embedded that footage above for easy viewing.

The tremendous success of Nier: Automata left a lot of folks wondering whether they should check out the preceding title in the series. If hunting around for a copy of the 2010 original sounds like too much fuss, you’re in luck. The remaster, or NieR Replicant ver.1.22474487139.... to give it its full title, is due to release on April 23, 2021 for PS4, Xbox One and PC. Game director Yoko Taro and his crew produced a fairly comical broadcast, and took watchers through a bit of gameplay from the remaster which showed off combat and exploration across the world.

Resident Evil Village may be coming to PS4 and Xbox One

Capcom’s Resident Evil Village information drops were rather lackluster in the end, but we were given a minor bit of news regarding the launch. While the development team wasn’t ready to confirm anything just yet, they did announce that they’d like to bring Resident Evil Village to the current generation consoles of the PS4 and Xbox One. Because the game is being developed primarily as a next-gen release, adapting it to run on the less powerful hardware isn’t an easy feat. Capcom couldn’t yet confirm when or even if it would make the jump, but the studio is hopeful they’ll be able to do it. More information here.

Resident Evil is getting an animated Netflix series

Thankfully, where video game Resident Evil news may have been lacking, Netflix stepped up to the plate. A new animated series airing in 2021, Resident Evil: Infinite Darkness will follow Resi 2 leads Leon Kennedy and Claire Redfield, though no further details have been revealed just yet. The show’s executive producer is Hiroyuki Kobayashi, who previously worked on the CG movie, Resident Evil Degeneration, along with numerous Capcom games.

Microsoft Flight Simulator is getting a big Japan update

Tokyo Game Show isn’t the place we’d typically expect to get news on Microsoft Flight Simulator, but the popular aerial sim had some pertinent details to divulge. Taking flight on September 29, a new update to the game will add an immense degree of detail to its in-game recreation of Japan thanks to digital elevation mapping of the country.

Six cities and six airports are getting added in fine detail, including Torii gates, temples and more to soar over. The highlight reel gives a look at all the new locations, including Himeji Castle, and the famous Itsukushima Shrine.

The Medium gets a spooky new story trailer

Bloober Team’s latest horror game looks to be shaping up as something quite special. The Medium features a protagonist who can see into two, simultaneous realities, though that proves to be more of a curse than a blessing. The latest trailer from TGS introduces a few new characters, including a young, black-eyed and one-armed child called Sadness, and what we can only assume is the game’s main monster/antagonist. Described as coming “from shame, from helplessness, from rage,” it’s a red, rather nasty looking beast. Worst of all, it appearts to be able to talk as it stalks you through each world.

That’s the biggest gaming news from the Tokyo Game Show 2020 that we spotted. If you’ve seen anything else worth talking about then be sure to let us know down in the comments! For more TGS 2020 news, why not check out these adorable Monster Hunter Rise pre-order bonuses!