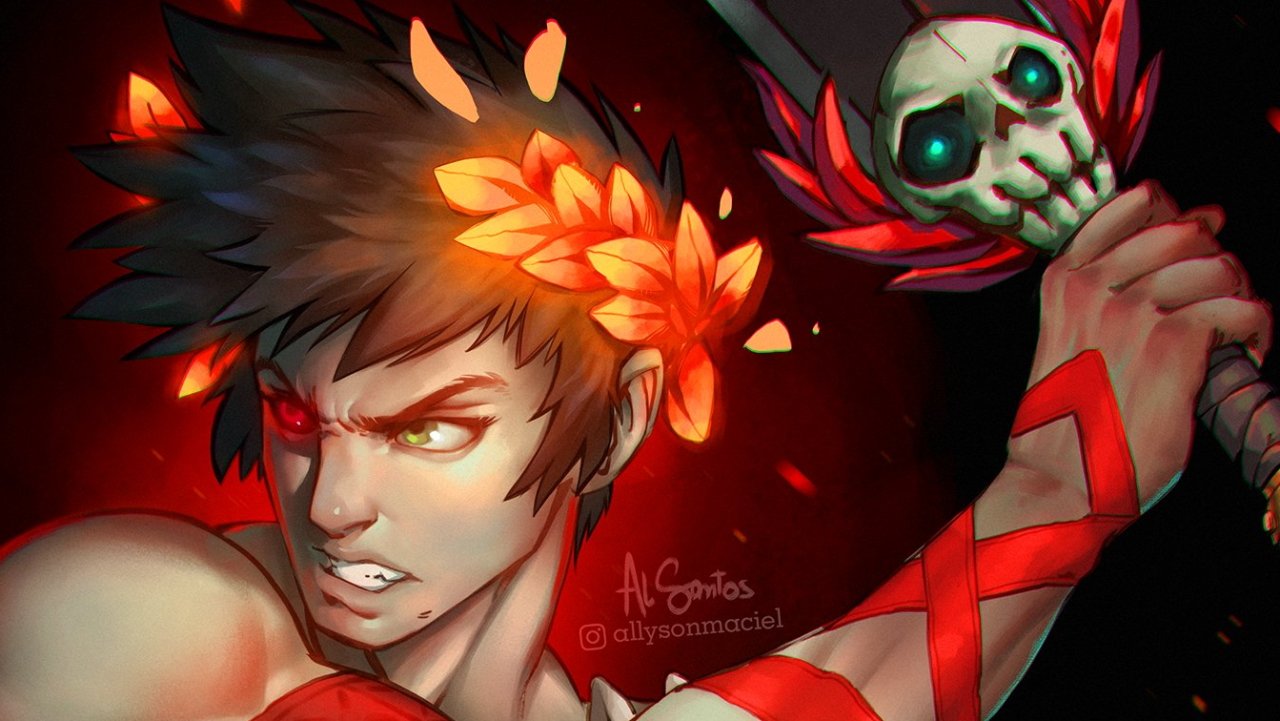 The official art of Hades is so damned good, that we were tempted to fill this edition of Fan Art Corner with pictures of every single character and dare anyone to complain. Seriously, just look at how devilishly good the cast is:

I had the MOST fun designing and drawing the Chthonic characters in #Hadesgame... Here are some of my favs! Which do you pick to spend an E T E R N I T Y being tormented by in the afterlife? XD pic.twitter.com/eXFsZqxN9C

But with such a glut of gorgeous characters, it’s no surprise that many others have been inspired to recreate them. And as it turns out, Hades fans are rocking some rather godly artistry skills themselves. Below, we’ve collected together the best Hades fan art for you to browse through before the great god of the dead locks it away from the mortal realm forever. As ever, if you like any of the pieces shown here, make sure to go and give the artist a follow or at least take a look at their other works!

The underworld is Zagreus’ stage in Hades, so it’s no surprise to see the rebellious son form the bulk of fan art interest. We love that so many people have been taken with the character, and found ways to capture different aspects of his character through their art. Here are a few of our favorites, by Hashiara, Chelsea, Al Santos, and James P.

I've been playing a lot of #HadesGame lately and honestly, I wish I could make a fanart of every character, but for now here's Zagreus! pic.twitter.com/KAbZktKZoq

I've been playing Hades and loving it! So I thought of drawing Zagreus along with some of the enemies because they have really good design! I hope you like it! :D

Okay, so this one isn’t technically fan art as Jen Zee is Supergiant Games’ own art designer. But this piece they put together to celebrate Hades’ full official launch was simply too good not to include, giving us a softer side to lead star Zagreus.

...and here's a lil' something to celebrate #Hades going 1.0! Blood and Darkness, Hades fam!!!  pic.twitter.com/vaLTcA0uaU

It’s not just Zagreus’ look that has many captivated, it’s his actions too. Solfurica and LatterBug were particularly taken by a certain fondness for wasting a lot of time by the underworld’s riverbanks, stick in hand.

The fishing mini game in #HADES reminds me of something else... @SupergiantGames pic.twitter.com/B92kbK10RR

Companions – also sometimes rivals/love interests, the underworld is a messy place – have received a lot of love too, and we love these renditions of Dusa, Megaera, Artemis, and Thanatos by Guambe, JoJo, Zeowni, and Bee, respectively.

Been playing #Hades for a while now, so here's a little Dusa to celebrate it going out of early access! pic.twitter.com/fJD0Eqd8w0

I bought Hades immediately after it came out on switch and I’m having SO much fun!!
I especially love Meg.... she’s just gorgeous #HadesGame #Hades pic.twitter.com/j8XXdk8unG

Artemis from #Hades by @SupergiantGames without her make-up done! Just because

Play #HadesGame ! It's great, a really refreshing breath on storytelling through roguelikes! And the art style and voice acting *cheffkiss* pic.twitter.com/2PAv62AUwP

Congratulations to my beloved game V1 I imagine they are dating at sunrise#HadesGame #HADES pic.twitter.com/Lsyj1iu7xz

A mighty hero he may have been in life, but Thesius largely serves as a pain in Zagreus’ rear in Hades. Still, that hasn’t stopped a few folks from falling for him and his minotaur pal, as Afrych’s art shows. Presumably set after the pair are finally bested by Zag, it shows Asterius doing his best to comfort the overly prideful Thesius.

#hades #hadesgame
Asterius is just trying to comfort him pic.twitter.com/hPfp5iLrG1

Zag may be pretty powerful, but let’s be honest, without a little push from night mother Nyx, he never would have had a hope of escaping. So it’s only fair that our Hades fan art roundup includes this lovely picture by enecola of her enjoying some time with her snoozy son.

I started this months ago, now I declare it finished! Nyx is stunning and Hypnos is my favorite character in the game. Always cheers me up and lets me think "ah at least I died to something new!"

And finally, we’ll wrap up with this lovely little cartoon collection of the Hades cast, shared on Reddit by atashitsuki to celebrate the run up to the game’s launch.

If you enjoyed this round up of the best Hades fan art, you might want to check out previous editions of Fan Art Corner. We’ve covered games like The Last of Us Part 2 and Fall Guys, so click here to see all the previous collections!