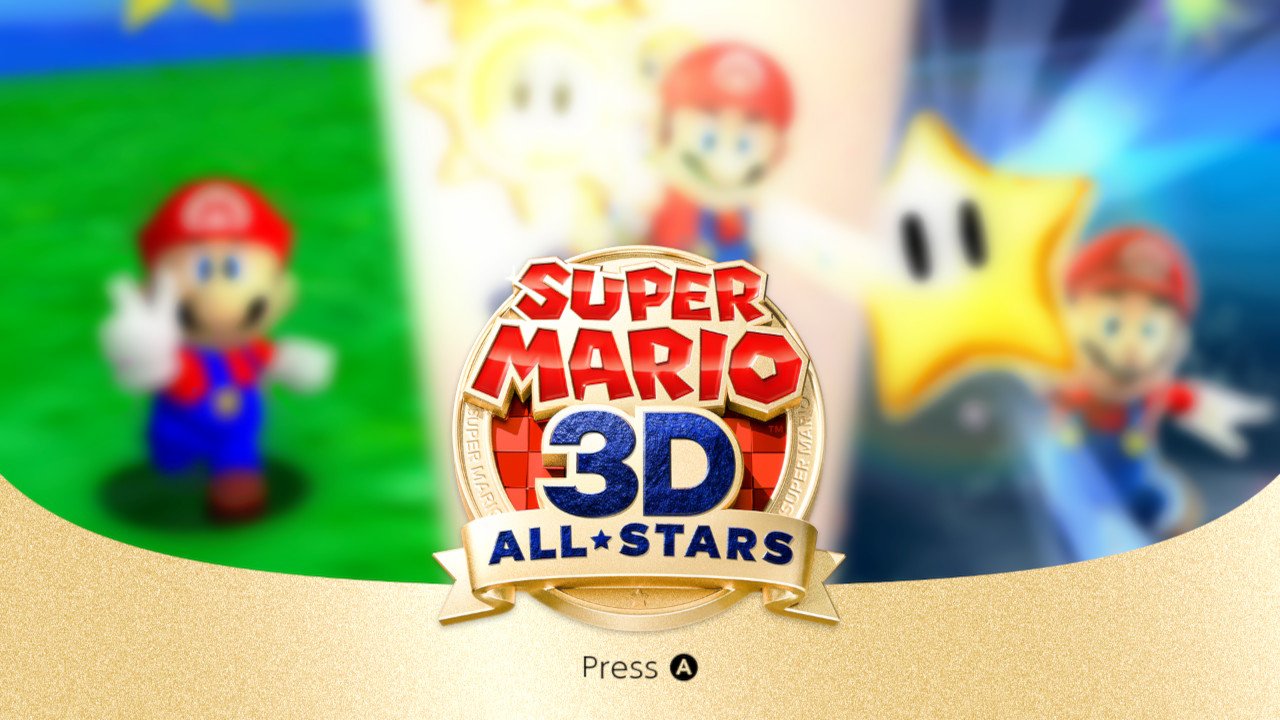 Super Mario 3D All-Stars gives us the chance to revisit three classic 3D Mario titles in 64, Sunshine, and Galaxy. It’s been a long time since we toured the Mushroom Kingdom, Delfino Isle, and the stars beyond, and we’re betting there are plenty of other folks out there making the trip for the first time. To bring the best out of your nostalgic aventure, we’ve rounded up some of our favorite Super Mario 3D All-Stars secrets that you definitely shouldn’t miss. These Easter Eggs and hidden treats from 64, Sunshine, and Galaxy aren't easy to discover, but we reckon they're well worth putting in some time to find and enjoy during your nostalgic adventure.

In all likelihood, you’ve already heard of this one. Yoshi’s appearance in Super Mario 64 is one of gaming’s classic and best-known secrets; but we love the wave of nostalgia it gives us for a time when a game’s every hidden element wasn’t plastered all over the web. Super Mario 64 doesn’t have very many treats tucked away, but if you wrap up the game entirely by grabbing all 120 Power Stars, a new cannon will appear outside Princess Peach’s castle.

Use it to hurl Mario up and onto the Castle’s roof, and a familiar green face will be waiting. He’s been patiently hanging around for you to complete everything, and even has a special message and bonus for you from the development team. Players have found that it’s actually possible to make the climb without the cannon, but doing so is arguably even harder than beating the full game.

When it's not crawling with manta rays, Super Mario Sunshine's Sirena Beach is a lovely place. In fact, resting under a palm tree in the soothing sunset feels oddly familiar. We’re pretty sure we’ve never been there in real life, but it’s almost as if we recognize each and every curve and cranny. And there's good reason why. Delfino island – shaped like a dolphin as it is – is no stranger to on-the-nose designs, but Sirena Beach takes things to a fourth-wall breaking level.

Manage to get a look at the serene beach from above, and you’ll quickly realize that the entire thing has been shaped to look like a GameCube controller, complete with the fountain as the analog stick. Viewed from a top down perspective, the hotel becomes the GameCube itself, with a small disc to the side of it. In the original, it’d give you a moment to look down and compare the shape to the thing in your hands. Now, it’s just a nod to the purple box’s classic controller, permanently resigned to its role as that one you keep solely for Super Smash Bros.

The Toy Time galaxy is a sheer joy to visit, filled as it is with all manner of entertaining objects to ride on and climb around. The first thing you’ll be greeted with when soaring over to this world is a pair of giant toy-block trains to ride on. Search the level very carefully though, and you can find a much smaller replica.

The tiny train set is hidden in a small crevice close to a one-up mushroom on the first section with the Spring Mario upgrade. You’ll need to do some tricky jumping to reach it, then go into first person view to get a look. The bonus train matches the style of those you’ll have flown past and ridden on at the start of the level. We’ve no idea why it’s hidden there and it seems to serve no purpose, but hey, it’s fun to find! If you’d like to discover it for yourself, check out this old-school video by sanniemar99 which should point you in the right direction..

Another very bizarre Super Mario secret, Tiny-Huge Island sees our hero enter as an oversized plumber or miniature mascot. Choose to start as mega mario, and you’ll be greeted by a tiny Goomba and a few beautiful butterflies. Nothing out of the ordinary, right? You’d be forgiven for thinking so…

Should you make the odd choice to smack one of the butterflies, you’ll find it unexpectedly transforms. While some will generously grant you a one-up mushroom, others will become heat-seeking bombs, detonating in Mario’s face. Why are butterflies trying to kill you? Your guess is as good as ours. Talk about a severe butterfly effect!

Another great mystery which has left Mario fans perplexed for years is the mystery book in Noki Bay. Jump into the waters of the Red Coins in a Bottle Shine on this level and you'll be able to swim down to find a rock formation at the bottom of the water. There are a couple of tiny holes close to a red coin, and should you hop into the right-hand one, you'll find a locked wooden door at the end.

That'd be a mystery enough on its own, but players smartly noticed that if you rotate the camera just right, you'll be able to  see behind the door to spot a book resting on the floor. This little item has so perplexed players that some even created fake videos pretending they were able to collect the book. What deep, dark secrets have you hidden in there Sunshine? Is it a list of Yoshi's tax-evasion crimes? Prove that Waluigi doesn't actually exist? One day, maybe, we'll be able to find out.

Nintendo loves to reward players who put in the hard graft to collect like crazy in most Mario games, and Galaxy is no exception. Littering the beaches of Galaxy’s many sunny shores and tropical solar systems are tasty looking coconuts which even work well as a weapon when tossed at foes.

However, if you rack up a total of 9999 Starbits, you’ll find that every single coconut in the game has transformed into a watermelon. Why? To be honest, we’re not sure how you got this far down the list and still want to ask that question. Perhaps one developer secretly hated coconuts with a passion, and this was their way of getting rid of them? Chances are, someone just threw this in for fun and didn’t expect many of us to find it.

And that’s it, all our favorite Super Mario 3D All-Stars secrets! Super Mario 64 is pretty light on extras, but there are plenty of others hidden in Sunshine and Galaxy. If you’ve got a favorite you want other people to enjoy then be sure to share it in the comments section below!