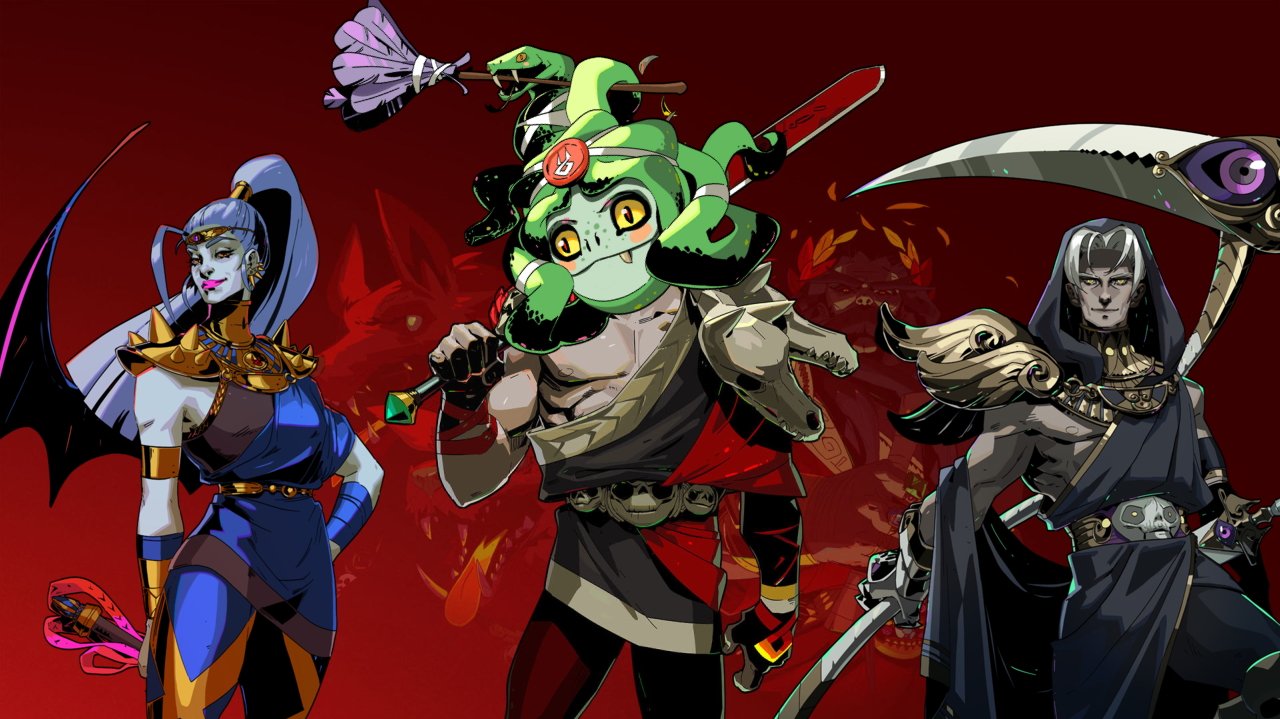 Fighting your way out of the underworld seems like it’d leave little time for dalliances of the heart, yet Hades has a selection of romance option to play with. Several of the NPCs you meet during (and even fight) during your quest are available to romance, offering up rewards if you put in the effort. To help you make the right pick for your Zagreus, we’ve put together a guide for all romance options in Hades, breaking down who’s available, how you increase your relationship, and what you’ll get in return.

There are three main romance options in Hades: Dusa, Megaera, and Thanatos. You’ll need to give Nectar to each of them in order to build a relationship, sometimes face them in battle or a challenge, complete a Favor for them, then give them Ambrosia. The general process is the same for each option.

Follow these steps through and you’ll be able to maximise your  relationship with them. All the characters can be romanced at the same time without penalties, but we’ll include the finer details for each below. Right then, it’s about time we got to the Hades romance options, you outrageous flirt!

Carrying a duster with her snake hair, maid Dusa (feel free to groan at that pun) is one of the best first romance options in Hades, not least because you won’t get an intimate relationship from it.

A floating Gorgon head, Dusa can be found in the House of Hades. Start by giving her a Nectar and she’ll reward you with the Harpy Feather Duster. Push that to six Nectar and you’ll need to complete her Favor (complete 12 Lounge renovations, including cleaning up Cerberus’ fur/scratches and getting a rug).

Once you’ve completed her Favor, Dusa will require increasing quantities of Ambrosia to increase her affinity. First one, then two, then three, all the way up to five. Once you’ve given the final gift, Dusa will have a conversation with you explaining that she isn’t looking for a full relationship and doesn’t see you that way. At this point she’ll offer to give back the Ambrosia you gave her. You can agree to this with no repercussions, so if you plan on romancing someone else, it’s a good idea to get it back!

Here are the full steps for Dusa again:

One of the Fury Sisters whose task is to dish out punishments to those that deserve them, Megaera’s goal is to stop Zagreus from escaping the underworld. That makes her a foe at first, but with a few gifts and some combat prowess you can win her over. To unlock the path to romance her, you’ll first need to defeat her in battle. Megaera can be faced during the boss battle against the Furies in the final chamber of Tartarus. Pull that off and she’ll join the House of Hades, allowing you to speak with her before runs.

Give Megarea a Nectar and she’ll hand you the Skull Earning. Hand over another five Nectar and you’ll need to complete her Favor to progress further. This will unlock after several encounters with the Furies. Eventually Megaera will come to Zagreus’ room in the House of Hades. She’ll tell him that she’s only stopping him from escaping because it’s her obligation.

Once you’ve had this conversation, you can start giving Megaera Ambrosia in the House of Hades. The first one you give will reward you with the Companion Battie. Keep giving her Ambrosia until her Affinity is maxed out and Megaera will speak with you in Zagreus’ bedroom, granting permission to enter a romantic relationship or continue as friends.

Here are the full steps for Dusa again:

Related: Who to give Nectar to in Hades

The literal embodiment of death might not seem like a sensible romance mark, but Greek mythology has never shied away from unlikely pairings. Thanatos pops up on occasion during your runs, and when he does, he’ll have a high chance of appearing in the House of Hades next, in the same hall as Achilles.

Give Thanatos a Nectar after beating his challenge and he’ll reward you with the Pierced Butterfly. Just like the other romance options in Hades, after six bottles you’ll need to complete his Favor to progress further. Similar to Megeara, this isn’t a direct quest, but a conversation. Beat Thanatos in his shade-killing competition once you’ve gifted six Nectars and he’ll have a chance of speaking with you about how powerful Zagreus has become. After Zagreus demonstrates his strength, he can give Ambrosia to Thanatos in the House of Hades.

Give Thanatos an Ambrosia and he’ll grant you the Companion Mort. Keep gifting until maximum Affinity and Thanatos will speak to Zagreus in his room, giving you the chance to pick between staying friends or pursuing a romantic relationship.

Rewards: Pierced Butterfly (Gain 1/1.5/2% damage for each Encounter cleared without damage), Companion Mort (summons Thanatos to deal 3500 damage in a large arc in front of you)

Those are all the romance options in Hades so far. There’s every chance the game will be updated with paths for the likes of Artemis and Achilles in future, so keep that Ambrosia handy! For more Hades guides, be sure to check out our hub page for the game.