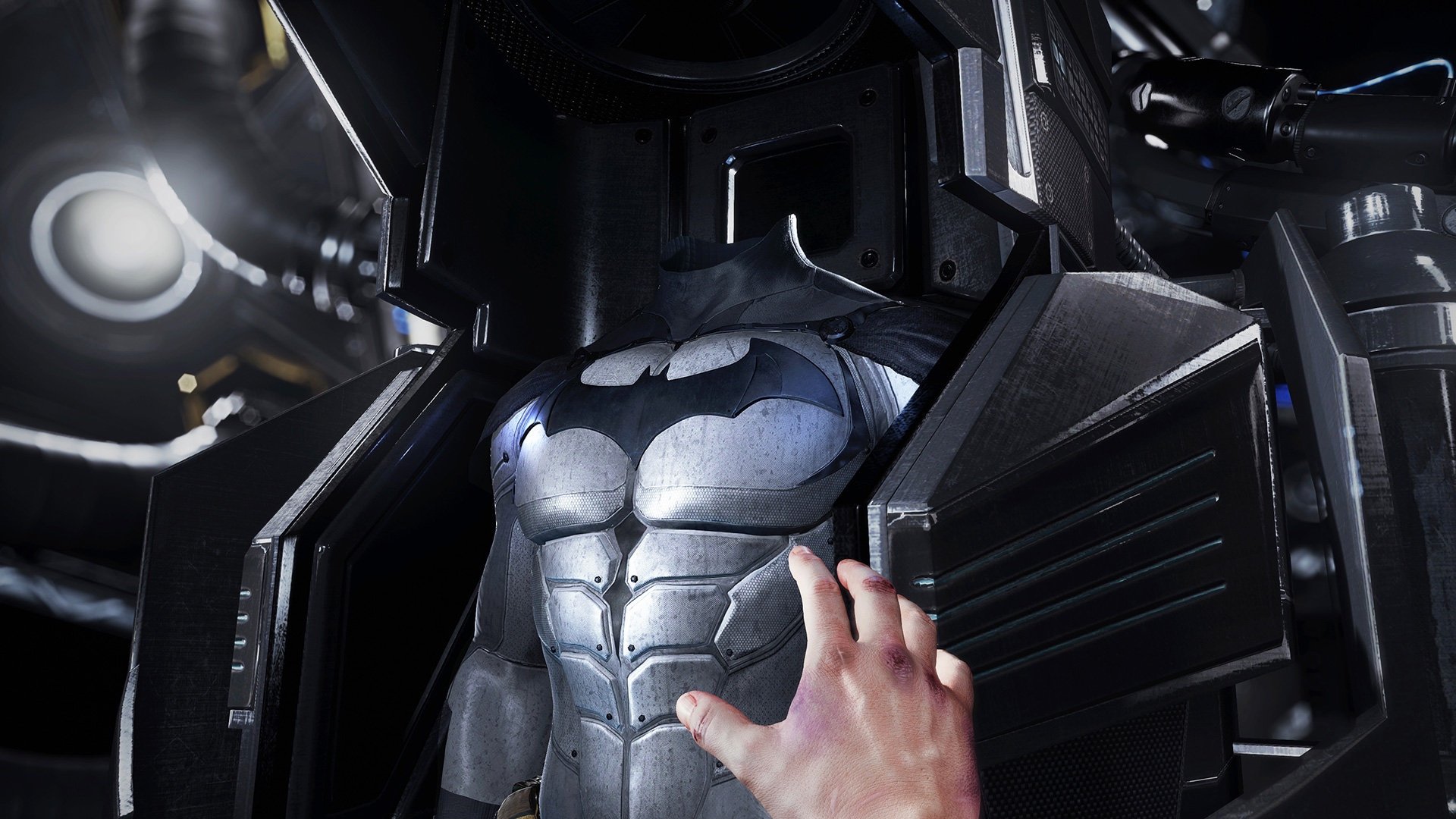 Virtual reality may not seem inherently social on the surface of it - after all, you're wearing a giant headset and headphones and flailing your arms around wordlessly. But as anyone who has set up PlayStation VR in their living room can attest, virtual reality makes people want to get involved, and if you're anything like us, you won't be able to resist introducing friends and family to it so you get to see the joy on their faces as they come to terms with VR. But what are the best PS VR games for doing that? Let's take a look.

Sony's VR showcase is a little on the expensive side, but the five short games you get to play are a fantastic introduction to PlayStation VR and the startling sensation of being inside a game world rather than peering into it. Ocean Descent is one of the least interactive but for our money one of the most enthralling introductory experiences one can have with VR, taking you on a trip to the bottom of the ocean within a flimsy metal cage, and from there London Heist ups the ante by putting you at the heart of an East End crime caper. Danger Ball, Scavenger's Odyssey and VR Luge should take care of the rest of the evening.

You don't need to be a DC Comics aficionado to appreciate the thrill of exploring Gotham as the World's Greatest Detective rather than merely controlling him from behind, although if you do have a soft spot for old Bats then you'll enjoy this exquisite fan service, descending through Wayne Manor to the Bat Cave to suit up before taking on a typical Gotham mystery. Standing toe to toe with some of the series' iconic supervillains is quite something, too.

Tetsuya Mizuguchi has made music-based games all his life, and some of them have been pretty amazing (Lumines, anyone?), but he may never improve on Rez, the Dreamcast game that taught a generation of gamers what "synaesthesia" meant with its almost hallucinogenic auditory landscapes and rhythm-infused gameplay. Playing Rez was a sensory overload anyway, but it's among the most immersive of the games on this list once you don the helmet, aided by perfect head tracking that helps you lose yourself once again.

Free to Star Wars: Battlefront owners, X-Wing VR Mission is more of an experience than a game, but as with a lot of the IP-heavy titles on this list, the sensation of actually inhabiting this universe for the first time means the 20 minutes of this tech demo will fly by. The overgrown kid in us always wanted to jump into the cockpit of an X-Wing when we were young, but we would never have believed it if you'd told us that one day we actually would.

Psychonauts in the Rhombus of Ruin

Typical! You wait over 10 years for a Psychonauts sequel and then two come along at once. Alright, this isn't a full sequel, but Double Fine's VR spin-off is a tantalizing amuse-bouche for the mind-bending (and mind-exploring) adventure game we're all looking forward to next year. Your initial experiences with VR are often pocked with comic delight at the sheer tactility of the world, and Rhombus of Ruin plays on that by filling the environment with humorous interactions to complement the fine puzzle design.

Keep Talking and Nobody Explodes

Keep Talking and Nobody Explodes isn't necessarily the most amazing use of virtual reality tech, but it's a very intelligent application of the PlayStation VR setup. Typically Sony makes use of the TV screen to show other people what the headset-wearing player is seeing, but in this game the view is split to create a multiplayer co-op experience. On the TV screen, one player must read a detailed technical manual, while within the VR world the other player must defuse the overly complex bomb ticking down to zero in front of them. Boom!

Not for the faint of heart, Resident Evil's superb return-to-form can actually be played to completion entirely with PlayStation VR, so compared to most of the games on this list, which clock in at anywhere from 30 minutes to a few hours, RE7 is tremendous value for money, taking around 20 hours to complete. But whereas the other games here are delightful and bewitching, Resident Evil is tense and horrifying, and if you don't find your peace with the camera system then you won't need help from the rotting innards of the Baker mansion to see your breakfast again. One for that relative you don't really like...