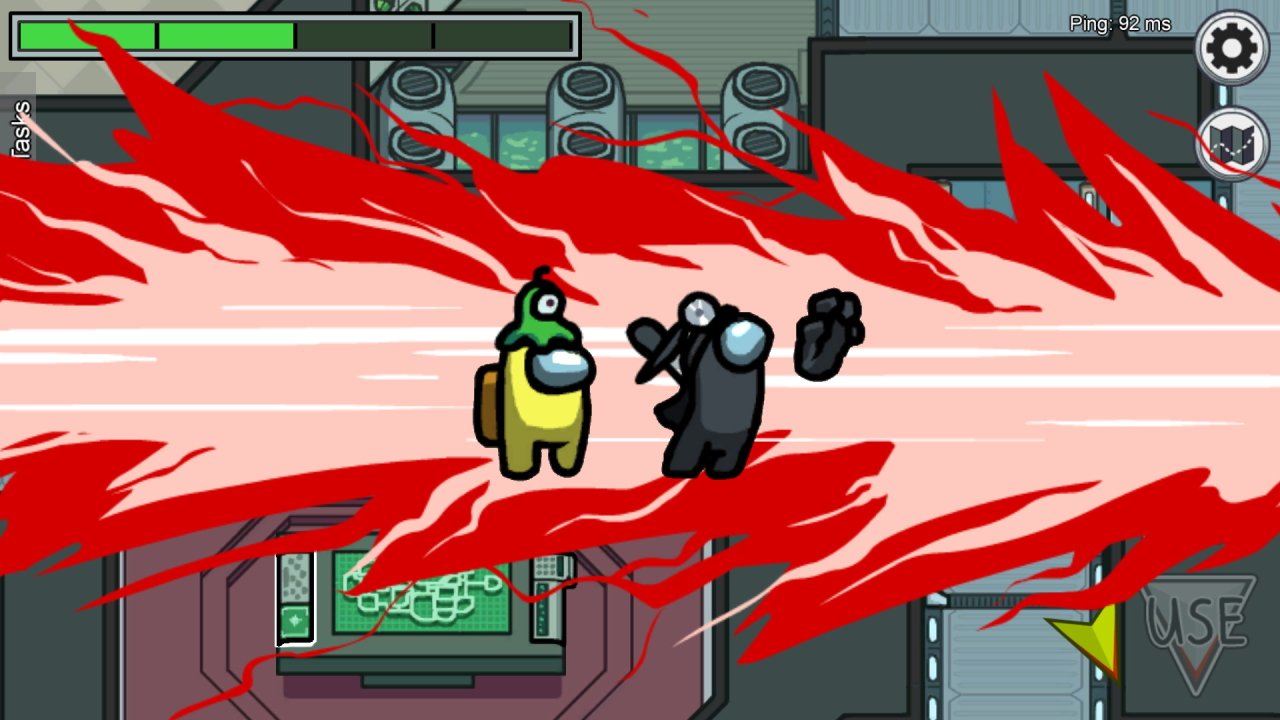 What is Among Us? The social game that's taking over Twitch one stab at a time

It’s always been there, hidden in the periphery. You just didn’t notice until now. At the time of writing, Among Us is sitting quite comfortably in Twitch’s top three channels, outpaced only by League of Legends and the eternal, amorphous mass that is Just Chatting. A quick check of the Steam page reveals very positive reviews, all for a game that looks like it was drawn in MS Paint. So who the heck is this new kid on the block? What is Among Us all about, and why is it so popular? We’ve taken a look and broken down this popular new social game of lying, stabbing, and chucking people out of airlocks.

What is Among Us?

Developed by Innersloth, Among Us is a social game of hidden roles and betrayal. In fitting fashion for its name, Among Us has actually been lurking in the background since 2018, but only recently began to draw serious attention and popularity. The premise is simple: 4-10 players are dumped on a broken spaceship and assigned tasks to complete if they want to get the ship back up and running.

So it’s jolly cooperation then? Not quite. Hiding among the innocent spacefarers are one or two aliens with a more nefarious aim. Namely, stabbing to death everyone else on the ship. The biggest problem is that the aliens look just like everyone else. Spot a body or call an emergency meeting and the remaining players can vote to eject one player from the ship, provided the result is decisive.

If this format is sounding pretty familiar, there's a good chance you’ve played Trouble in Terrorist Town. The old GMod game mode saw several players dumped into an FPS level together, with a few secret traitors hidden in their midst. Among Us, changes up the formula in a few key ways, however. Several mods and and games since have aped the formula, but Among Us is the first to gain quite such a rush of attention.

For starters, it’s played in a top-down, third person view, which means quickfire FPS headshots skills are of little use here. Second, the onus is on the innocent to split up and head around the ship, because if they don’t complete their tasks, they’ll never get home. Finally and crucially, the majority of the game takes place in total silence.

Among Us is terrifying because players are only allowed to talk at specific moments. Report a dead body or call a general meeting and the game erupts into a flurry of conversation as players hurl accusations to and fro. As such, it's the perfect game to watch several Twitch players bicker. As such, it has hovered around Twitch's top 10 games consistently over the last few days.

Where can I play Among Us?

Among Us is available on Android, iOS, itch.io, and Steam. On the latter it costs just $5.00 (£3.99), and the low price of entry is certainly a good reason the game has shot up in popularity and players.

While Among Us supports online play, you’ll need a group of friends to play with, as the entire principle only really works with friends and folks you know well. You’ll want to jump on a discord channel together, and make sure that everyone has a key bound to mute and deafen themself during the main play time. Among Us works best with higher player numbers, so if you can gather 8-10 friends into a group it makes for a brilliant way to hang out and, on occasion, chuck your buddies out of an airlock.

And that’s all you really need to know about what Among Us is. If lying to your friends in video games sounds like your jam, it’s a great way to hang out over the web.