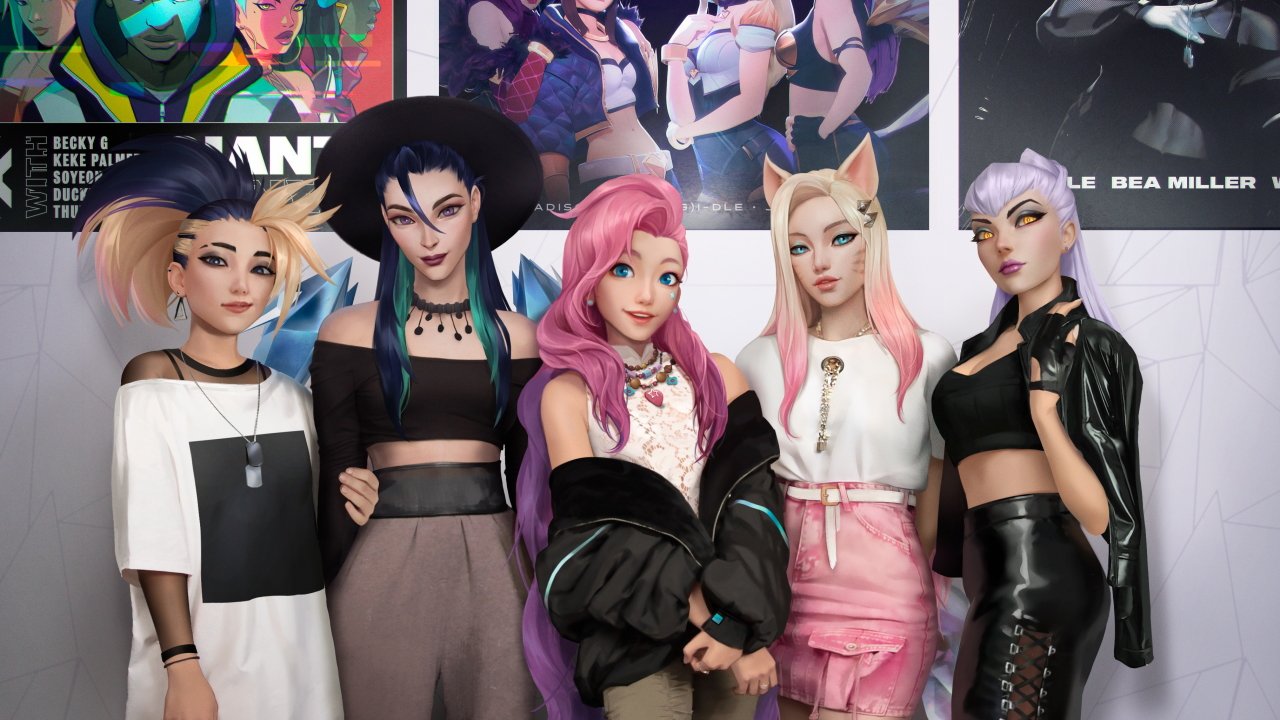 The biggest gaming and music collabs

Okay, so Mozart may have predated our favorite plumber by several hundred years, but we’d like to think he would have been open to a profitable bit of co-operation were he still around today. Since we're lacking a Wolfgang, we’ll have to make do with some more modern collaborations between the music and gaming worlds. Thankfully, there are more than a few of them these days, and most are actually pretty good! From Stormzy popping up in Watch Dogs: Legion to Riot’s own virtual pop band, these are the biggest gaming and music collaborations that have graced our ears over the years.

The biggest gaming and music collaborations

When Ubisoft was looking for an artist to reflect the city of London and the themes of Watch Dogs: Legion, their search only ever returned one name: Stormzy. The British rapper and grime artist has risen to prominence over the last five years, and headlined Glastonbury Festival in 2019. Stormzy has never shied away from political or social statements, and in the announcement video Ubisoft said that he’s always “used his voice to speak up and fight for social and political change.”

The collaboration will see Stormzy’s Rainfall track get a special music video featuring a mo-capped performance inside the world of Watch Dogs Legion. Furthermore, Watch Dogs Legion will include a special mission titled Fall On My Enemies that’ll feature Stormzy, though details of what it'll entail have yet to be released.

It’s impossible to discuss music and gaming collabs without mentioning K/DA. Riot has a long history of partnering with musicians and bands, creating unique tracks to promote upcoming seasons and major tournaments. Imagine Dragons’ Warriors was a huge hit, but it was the creation of virtual pop group K/DA that really took things to the next level.

K/DA featuring League of Legends characters Ahri, Akali, Evelynn, and Kai’Sa as the band’s core members. Their first track, Pop/Stars saw South Korean (G)I-dle members Miyeon and Soyeon play Ahri and Akali, while American artists Madison Beer and Jaira Burns voiced Evelynn and Kai’Sa, respectively. Their second track, The Baddest, shook things up by replacing Beer and Burns with Bea Miller and Wolftyla. In an impressive visual spectacle, the opening to the 2018 Worlds championship featured an augmented reality live performance of Pop/Stars within the arena, dazzingly fans online and in-person.

In one of the longer-running music collaborations in the gaming industry, Canadian EDM label Monstercat has worked with Rocket League developer Psyonix since 2017 to produce five full volumes of tracks for their game of rocket-car soccer. The Rocket League x Monstercat volumes feature over 30 different artists including Stephen Walking, Rogue, and Infected Mushroom.

The tracks typically only play on the game’s main menu, but that hasn’t stopped the partnership from proving extremely popular. There’s now a lengthy Rocket League x Monstercat playlist available on Spotify, and following a 2019 update to the game, many tracks released in Rocket League simultaneously with their online debuts.

Want to know how and why gaming collabs come about? Find out more by clicking here...

Fortnite developer Epic Games has capitalized on their game’s outrageous popularity to transform the shooter into one of the key touchstones of modern youth culture. While Marvel collaborations might steal the limelight, music has been an integral part of the journey too.

It started with Marshmello hosting the first in-game concert in 2019, drawing more than 10 million viewers in-game. This year Fortnite pushed things even further through Travis Scott’s full-blown season-ending event back in April. The spectacular showpiece saw a giant recreation of Travis circling Fortnite’s island, creating wild effects and transporting players through different scenery as he shifted between several different tracks.

The cinematic universe has taken over once more for now, but Fortnite has also found time over recent years to work with several other artists including Steve Aoki, Deadmau5 and Weezer. We've no doubt that there's plenty more in the works, too.

Death Stranding x Chvrches (and everyone else!)

Death Stranding’s entire soundtrack is well worth listening to, as it features a massive range of artists including Major Lazer, Khalid, The Neighborhood, and more. We’ve singled out Chvrches here as they produced the title piece for the game specifically. Studio lead Hideo Kojima was so happy with it, that he reportedly cried upon hearing the track they’d produced.

Chvrches are no stranger to video game collaborations, having previously created the Warning Call track for Mirror’s Edge Catalyst. Still, Death Stranding appears to have been a special project for the band, who described Kojima as “visionary” in the official press release. They also took to the stage at The Game Awards 2019, performing the track live with a full orchestra to open the show in December last year.

Square Enix has been working in partnership with top musicians for years now, adding songs from famous artists like Leona Lewis as far back as 2009. On several more recent occasions, they’ve also worked with artists to create original pieces or covers for their titles as well. For 2016’s Final Fantasy XV, Square Enix brought in Florence and The Machine to record the title track, a cover of Ben E. King’s Stand By Me. The band also went on to record two more tracks titled Too Much Is Never Enough and I Will Be. All of their pieces for the game are available on Spotify.

Not content to stop there, Square Enix then brought Katy Perry in to produce a track for Final Fantasy Brave Exvius. In addition to the song appearing in-game, the American artist had her likeness added to the mobile game for a limited time.

Finally (but not Fantasy), 2019’s Kingdom Hearts 3 saw Square Enix bring about the unlikely combination of Japanese-American singer-songwriter Utada Hikaru and American dubstep master Skrillex. The two teamed up to produce the long-awaited game’s opening track, Face My Fears. Who will Square Enix team up with next? At this point, your guess is as good as ours.

If you were to make a comprehensive list of artists we expected to see working on tracks for video games, Paul McCartney likely wouldn’t have made it into our top 100 predictions. And yet, Hope For The Future – a track produced specifically for Destiny well back in 2014 – is one of the earliest big-time gaming collaborations, and with one of the most famous names in music from the last 50 years. What’s even more confusing is that according to an interview with Vulture back in the day, McCartney may not have even been paid to perform it. We still haven’t quite come to terms with the fact that this exists.

Do you know of any other gaming and music collaborations that we might have missed? Share them with us in the comments and we’ll add them. We’re also eager to know which artists you’d like to see work with the big video game names! Share your thoughts below. 2019 was a huge year for gaming collaborations beyond just music – check out the biggest ones by clicking here.