Last night's Immortals Fenyx Rising showcase showed the lessons it's leaned from Breath of the Wild. 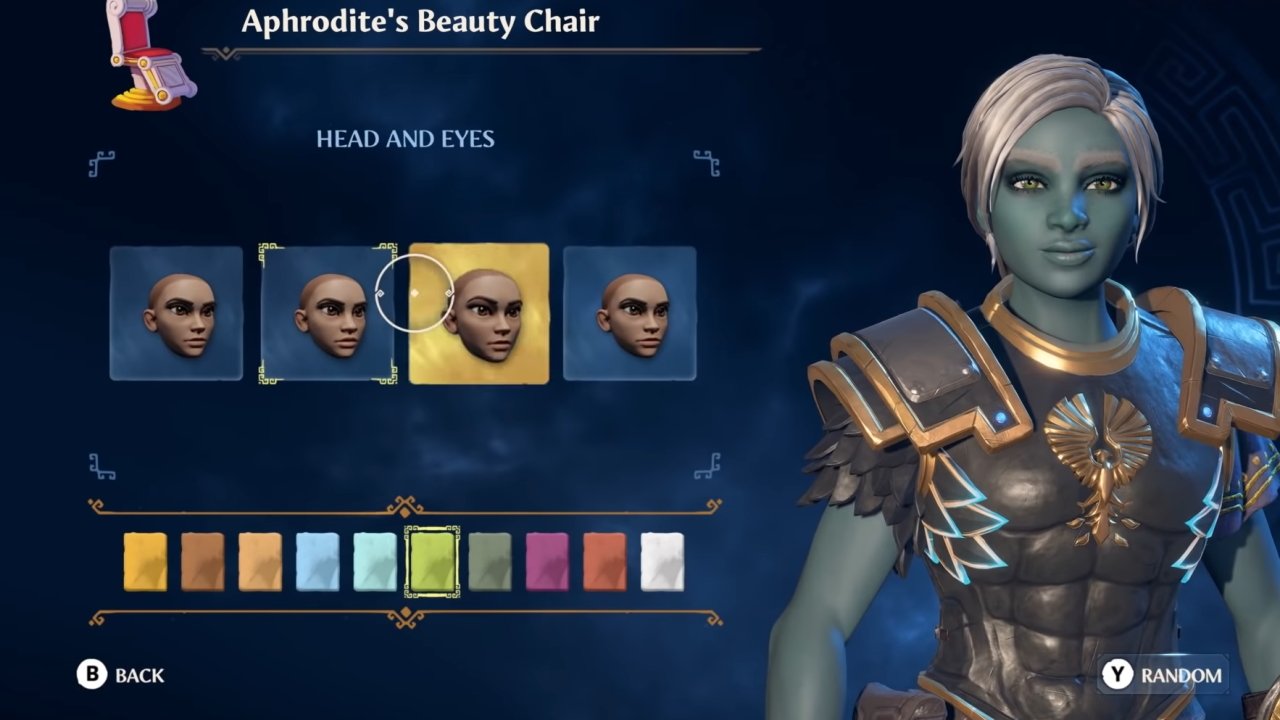 Oh, and Aiden Pierce is back too.

The beauty of ancient tales is that each storyteller brings their own twist to the general premise. If Immortals Fenyx Rising is aiming to capture the spirit of a narrated epic (albeit with a jocular leaning) then it only makes sense that players should be able to craft their own hero to take the starring role. Thankfully, last night’s Ubisoft Forward showcase gave us a quick look at the character creator coming with Immortals Fenyx Rising.

It was only given the briefest of glimpses during the broadcast, but it appears we’ll use Aphrodite’s Beauty Chair to redesign the look of our Fenyx, choosing face shapes, skin color, body shapes and voices. And this being a fantasy, there are some entertaining options such as green or grey skin with shining eyes. Pick your look and Fenyx will be spun in a whirlwind on the chair, stopping again with your chosen look, and probably a mild sense of dizziness or nausea to boot.

Thankfully, it also seems you’ll be able to make changes to your appearance during Fenyx’s adventure too. Of course there are fancy armor sets and weapons to adorn yourself with, but it also seems that Fenyx can drop by the Hall of the Gods to rework their physical features again later in the game. Perfect for the times you realise your current telling of the story hadn’t really done them justice.

Immortals Fenyx Rising is due to release December 3 for Nintendo Switch, PS4, Xbox One, PS5, Xbox Series X, and PC. To get more information on how the game has changed since we last got a look at it, click here. Otherwise head over to the game’s hub page where you can keep up to date with all the latest news and information about Ubisoft’s open-world mythological adventure.