We're getting a remake of Prince of Persia: The Sands of Time

It's coming back, but not in the way many fans would have wanted. 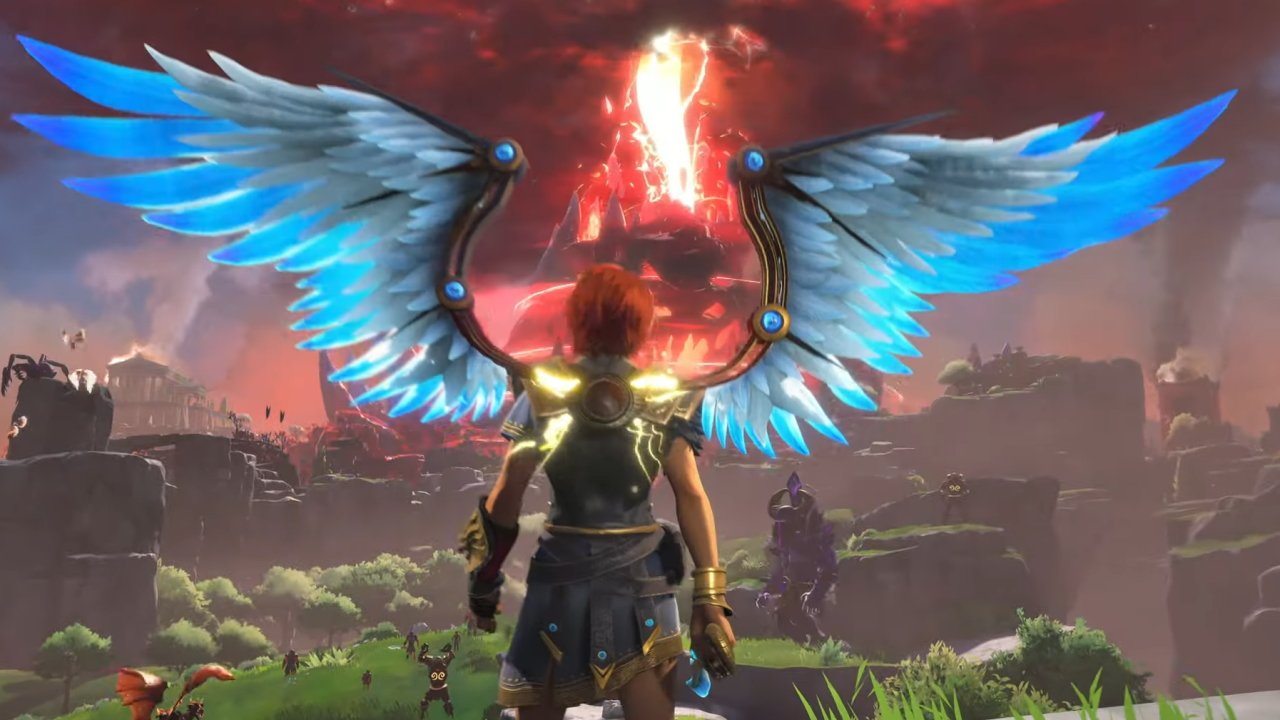 Add your own flair to Fenyx with Aphrodite's Beauty Chair.

Immortals Fenyx Rising will be getting an exclusive Stadia demo ahead of the December 3 release date.

Last night’s Ubisoft Forward showcase gave us a look at all the progress Immortals Fenyx Rising has made since its rename from Gods & Monsters. Along with a fresh trailer, Ubisoft gave us a look at the game in action, and the internet has since been flooded with gameplay footage from early playtests.

The main visuals for the game don’t seem to have changed all that much since the early reveals last year, but Fenyx, the game’s protagonist, has been bumped up in age and given a bit less of a cartoony look.

Don’t let that fool you into thinking Immortals Fenyx Rising is a serious game though. The entire story is narrated by Zeus and Prometheus, who conduct themselves less like grandiose gods and more like bickering old friends. Expect fourth wall breaking references and plenty of jokes, from what we’ve been shown so far.

When it comes to the world, the influence of Nintendo’s The Legend of Zelda: The Breath of the Wild is hard to ignore, and that’s not just in terms of visuals. The Greek-mythology inspired landscape is littered with puzzle and combat vaults for the player to find and solve, drawing immediate comparisons to BotW’s Shrines. Fenyx comes with gliding wings, and there’s even a magnet-style ability to pick up and shift objects.

Immortals Fenyx Rising is definitely Ubisoft’s take on Zelda, but it’s not forgetting its ancestry in Assassin’s Creed: Odyssey either. Skill trees and armor upgrades feel immediately familiar, though Fenyx Rising drops the overall number to represent damage or protection.

While it’s certainly not shy with where it draws ideas from, we’re excited at the prospect of Immortals Fenyx Rising bringing Breath of the Wild style open-world action to a wider audience. And with the latest news of the title coming to Stadia, it’s a (marginally) deeper pool once more. We don’t know when that exclusive Stadia demo will drop, but it’ll be some time ahead of the game’s launch.

Immortals Fenyx Rising is due to release December 3 on PS4, PS5, Nintendo Switch, Xbox One, Xbox Series X, Stadia, and PC. Click here to visit the game's hub page where you can keep up to date on all the latest news about the game.