Classic modes will return with the introduction of new game modes like VIP Escort. 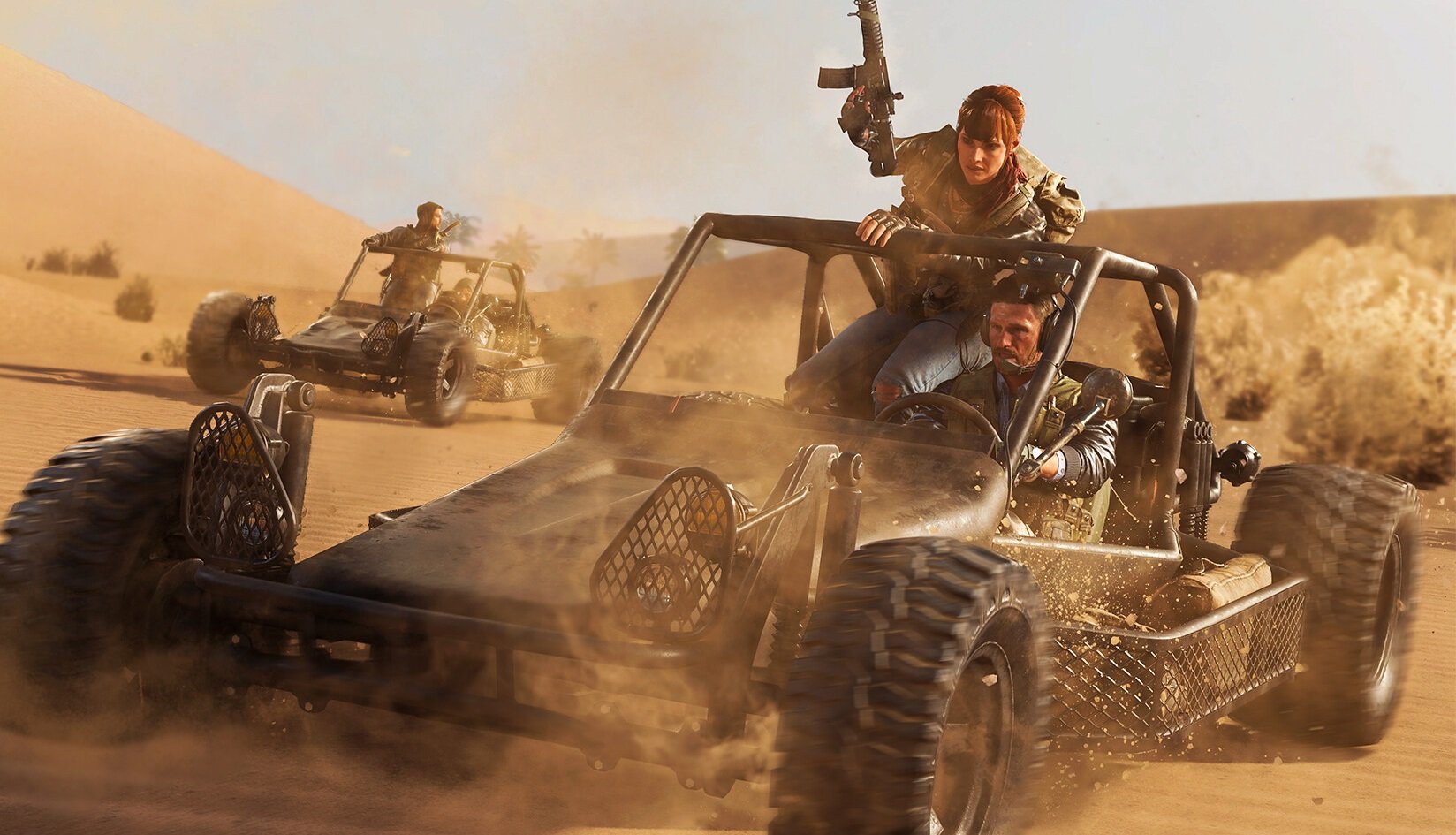 Learn how Scorestreaks work in Call of Duty: Black Ops Cold War and see a list of all the options we've seen so far.

During Treyarch’s multiplayer reveal of Call of Duty: Black Ops Cold War, gamers got to see some of the new modes available along with the maps they’ll be able to play these new game modes on.

The game maps shown take players from ocean battles in the North Atlantic to firefights in the Angola desert, with each map looking absolutely gorgeous.

Call of Duty: Black Ops Cold War is scheduled to release on November 13. When it’s released, Call of Duty players will be treated to several new maps including the ship-based Armada and the snowy mountains of Uzbekistan in the Crossroads map.

Each map has had great emphasis placed on the replication of real-world locations all connected together by the game’s 1980s Cold War narrative. The maps shown today are visually stunning and come with the promise of a “high-dynamic-range true 4K experience” paired with the engine’s “contour terrain system” to help immerse players into each map’s unique landscape.

In total, five new maps for Call of Duty: Black Ops Cold War were shown today. Snippets of additional information for each map were also posted to the PlayStation Blog as a way to help you better understand what to expect from each map.

“Based on Operation Azorian, U.S. and Soviet forces arrive in the middle of the North Atlantic Ocean in search of a prototype nuclear submarine. The scale of the Cold War could be tipped in favor of whoever salvages it, whether it be the Soviets reclaiming it or the U.S. intercepting it. Zipline from ship to ship or command gunboats to turn the tide of the fight.”

“At a pivotal route to Afghanistan deep in Uzbekistan, NATO forces are mobilized to ambush a large Soviet military convoy comprised of mobile ICBM launchers. With the backdrop of a frozen Soviet Wilderness, an MI6 Squadron are ready to combat any Spetsnaz forces in order to secure the top-secret intel held on the convoy, as well as any necessary supplies for future operations. Use tanks to blow up enemy positions or snowmobiles to zip behind the enemy and break their lines.”

“Through hired DGI forces, Perseus ambushed and assaulted a prison transport in Miami’s famed South Beach in order to free a trusted ally. Amid the cover of night amongst vibrant art-deco architecture and neon lights, CIA special forces have been dispatched to eliminate remaining DGI forces and identify clues to Perseus’ whereabouts.”

“In the heart of the U.S.S.R, a Spetsnaz squad was sent to a compromised CIA safe house in order to secure the area, capture any remaining CIA operatives, and acquire further intel on NATO’s future plans. Initial reports indicate that the area has gone hot and fighting has spilled out into the streets, prompting a second CIA-JSOC team to arrive at the scene as reinforcements.”

“Deep in the deserts of Angola, Central Africa, a top-secret, American-made reconnaissance satellite known as the KH-9 has been grounded, potentially by Perseus. Hired DGI forces are searching for the sensitive intel it holds, while NATO’s MI6 Squadron have been dispatched to secure the site and eliminate DGI stragglers.”

When the game is released, rest assured that " target="_blank">it will have more than the five maps that were given time in the spotlight today. Given how stunning each map looks, we’re really looking forward to seeing the rest of the playable maps in Call of Duty: Black Ops Cold War.

To get a little taste of the realism of each map, players can look forward to an early access Open Beta in October. The earliest access is available for PS4 owners who pre-order a digital copy, while an Open Beta weekend available to everyone across all platforms regardless of whether or not you pre-ordered will begin October 17 and end October 19.

Call of Duty: Black Ops Cold War is set to release on November 13 for Xbox One, PlayStation 4, and PC (via Battle.net).