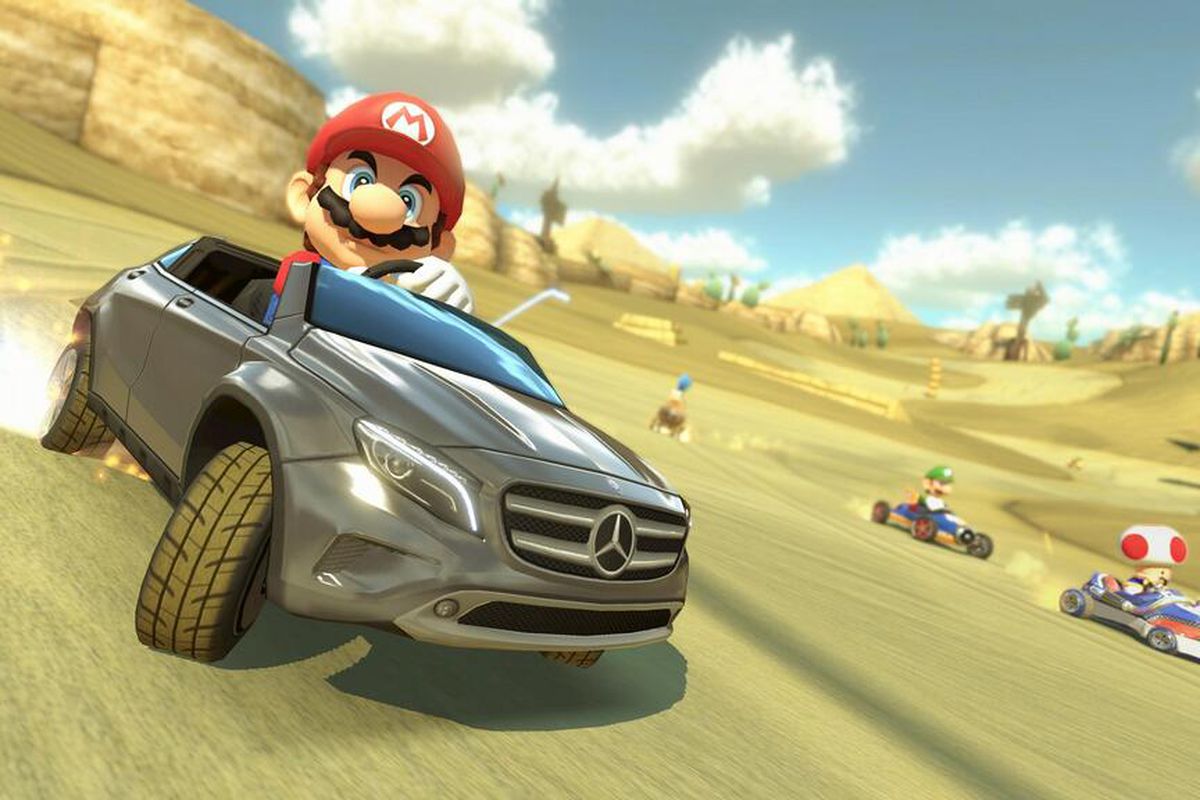 Why gaming brand collabs are so popular

Product tie-ins aren't new. Anyone who lived through the 90s can attest to the constant barrage of your favorite movie and TV stars shilling anything willing to sign a check. But the past few years has seen this attention turn to gaming, with some odd (and fewer smart) collaborations turning games into interactive billboards. Sometimes quite literally. This shift has only accelerated as our ability to walk around freely outside and visit cinemas and malls has diminished. But what's the value of a gaming collab anyway?

Initial experiments with advertising in games added very little of value to gamers, other than serving to blur the line a little with the real world. Some early examples include Verizon billboards, Ford and Lincoln cars and even Energizer batteries littered throughout Remedy's 2010 supernatural thriller Alan Wake. Almost all of these are hilariously bad adverts, as Wake is constantly without phone signal, crashes multiple cars and runs through an entire pack of batteries in seconds when focusing his torch on shadowy enemies. But this was simply small brand product placement, a forerunner for the kinds of collabs we see now.

Within the last month, Disney-owned mega-franchises like Star Wars and Marvel have been inserted into some of gaming's most enduring universes: the Simverse, and whatever alternate-reality Fortnite is turning into. The first is a far cry from EA's early attempts to 'add value' to its games for the players, which consisted of clothing packs from H&M that you could buy for real money (a move that led to one of the most iconic articles in all of games journalism, RIP PC Zone). The Star Wars: Journey To Batuu pack for The Sims 4 adds an entire destination, new cosmetics, new building architecture and furniture, all based on one of the biggest movie series in the world. The pack isn't without its quirks, though, as fans have complained about the rather...weird implementation of new alien races in the game's Create-A-Sim designer.

Not to be outdone by itself, Disney also gave the go ahead for this season of Fortnite to be merged with Marvel, another slightly controversial move among fans of Fortnite's convoluted lore, which they claim has been thrown out the window in favor of the collab. The Nexus War (or Fortnite Battle Royale Chapter 2: Season 4, in the game's increasingly lengthy official name) lets players unlock Iron Man, Storm, Mystique, Dr Doom, Groot and She-Hulk through the season battle pass, and Wolverine is about to turn up.

What's more, all of this is completely canon with Marvel's already knotty timelines. In last week's Wolverine #5, a single bonus page of the comic shows the knife-knuckled grouch being beamed into Fortnite via the familiar rainbow bridge, before being instantly returned, face covered in blood, swearing about whatever had just happened. We're willing to bet he beheaded Mayor Durrburger, ending his terrible reign.

But what, exactly, do these deals do other than serve as weird cultural touchstones to look back on? Despite their slightly more nuanced execution these days, gaming collabs are still the product placement adverts they've evolved from. The demographics involved with gaming have always been fairly sought after, but with the decline in audiences of traditional ad-serving media (newspaper and magazine subscriptions are down, fewer people watch TV live, cinema attendance is slowly dropping) gamers are even more of a coveted target.

While the demographics of gamers have traditionally been centered around young men, an increasing number of women have joined their ranks and for some formats make an even split. The age has also skewed upwards, as first-generation gamers grow up and stay with the hobby. The importance of this is that older demographics have more disposable income, making attempts to reach out to them through gaming a much more profitable venture. That explains the huge number of non-endemic brands (ones from outside the gaming industry and tech sphere) making in-roads into esports and games to get in front of their core market.

But there is an extra special sauce that makes gaming collabs more than just commercials that you play (or bizarre pieces of pop culture ephemera, like the above Japanese ad for Mario Kart's Mercedes tie-in). The secret is that they become more than the sum of their parts. If you take two successful brands (like Fortnite and Marvel) and meld them together, then you don't just get fans of one being made of the other. You get a unique experience exclusive to the collaboration, the time-limited nature of this encourages discussion of it, which can reach people who initially weren't even aware of the collaboration.

The final part of the equation is a bit of psychological genius, in that associating an unknown brand with a favored known colors the unfamiliar with the affinity of the familiar. Because something that you like likes another thing then maybe you should also like it. Humans really like tribalism, it turns out.

So the trinity of new audiences, the excitement of an event and stronger brand loyalty makes gaming collabs extremely lucrative prospects – for those who can afford them. There's no secret as to why you only really see massive corporations involved in these deals, the money involved would make your eyes water. But that's marketing, baby.

Are you a fan of gaming collabs? Which gaming collabs do you think have been done particularly well? Let us know in the comments.