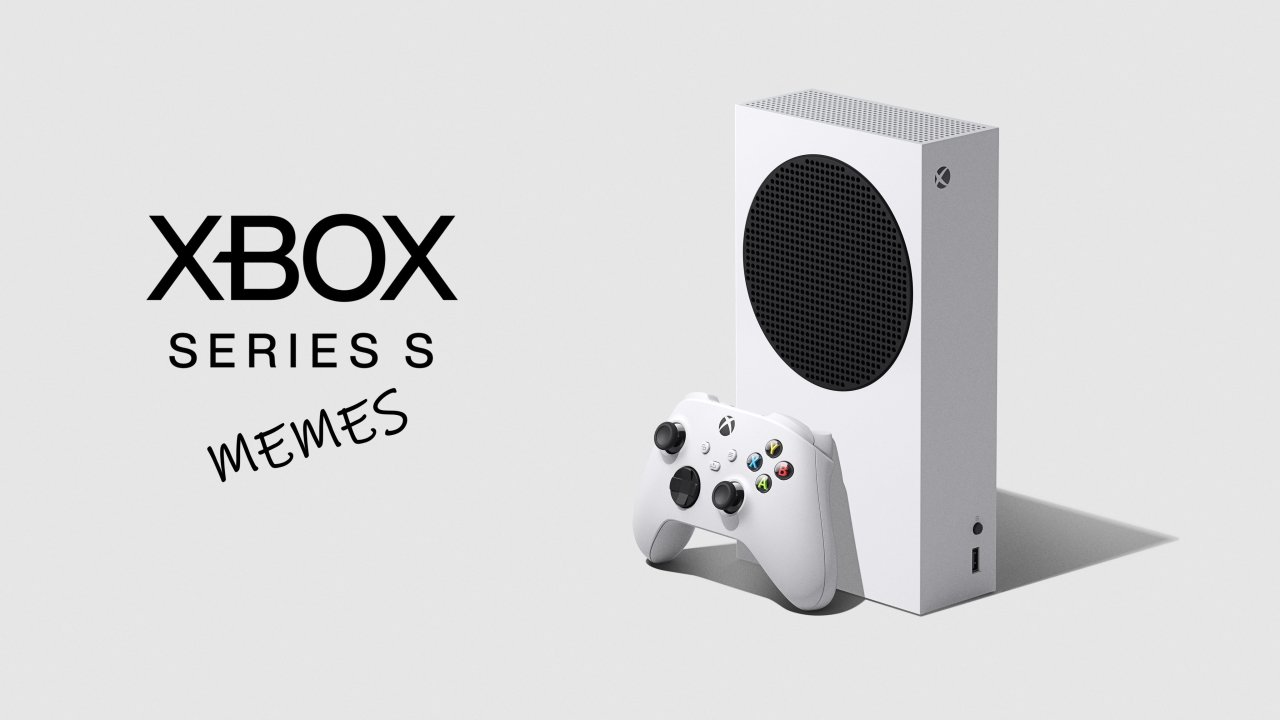 It was inevitable, really. After the PS5’s unconventional look sparked a wave of ridiculous comparisons, the unexpected unveiling of Microsoft’s Xbox Series S was bound to sugar the same fate. Especially when they chose to make it look like that. We’re barely a day past the console’s look and price being officially unveiled, yet the internet has already been flooded with jokes about the Series S’ giant grill. We’ve rounded up the best Xbox Series S design memes below for you to have a giggle over.

The immediate response to the Series S’s looks wasn’t as negative a reception as the PS5 design’s received. That said, we can’t imagine the the first comparison made by many online was quite the response Microsoft were after. Next gen, or we’ll have your order in the next five minutes?

Still, at least people are sticking with the technology theming. Other meme makers reckon they’ve got drive-thru microphones soundly beat with their comparisons to boomboxes and radios. How long until we see someone walking down the street hefting a Series S over one shoulder?

Didn’t know if we should Say Anything but FYI the S doesn’t stand for Speaker. https://t.co/20Il7KgHNO

Am I the only one who digs the Xbox Series S design? pic.twitter.com/uQBPKJvNzt

Those in the industry haven’t missed their chance to join the fun either. Here’s Annapurna Interactive likening the large ring to a certain town famous for donuts and ever-growing holes.

Speaking of donuts, it turns out that a lot of you out there are seriously hungry, Perhaps the Series S will be able to help you out? It's the perfect complement to the Series X's gigantic fridge design.

Not all the memes are disastrous, mind. Several people have also likened the design to a pristine turntable, and this mockup of a DJ Hero Series S is… actually pretty cool?

Hear me out... if the #XboxSeriesS came with next gen DJ Hero as a pack in game... #xbox pic.twitter.com/O2DMAueBqn

And of course, finally, there are already folks keen to capitalize on Craig the Brute’s popularity with a special and particularly beloved edition.

Release this edition you cowards! pic.twitter.com/4wqDQJDCZG

Seen any other brilliant Xbox Series S design memes? Share them with us in the comments below so we can all have a chuckle. Click here to find out all the confirmed Xbox Series X and S games so that you know what you’ll be playing when the console releases.