Hyrule Warriors: Age of Calamity is a BOTW prequel out in November

The musou-style hack and slash Hyrule Warriors series gets another game set 100 years before Breath of the Wild. 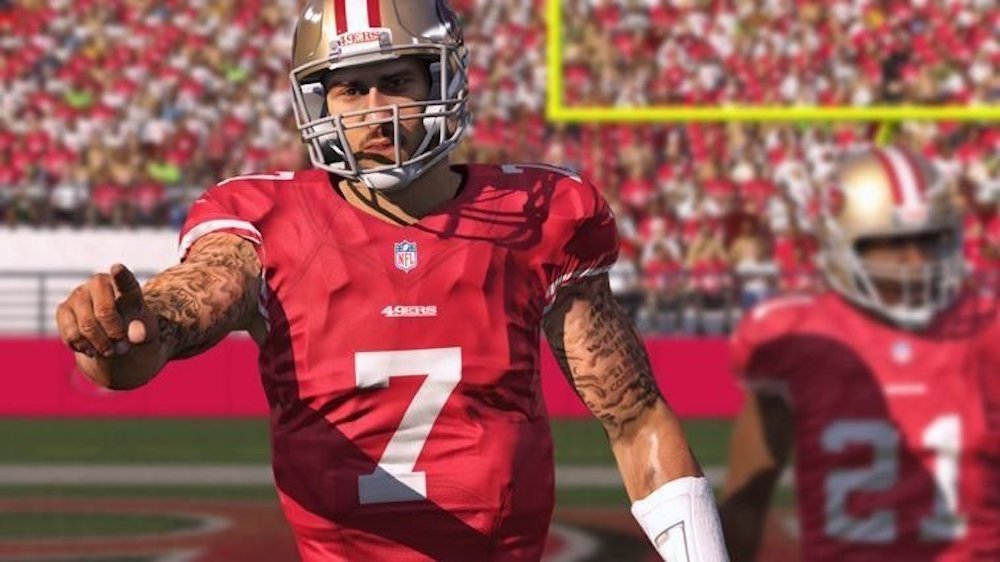 You'll need to learn to AirWalk in order to complete challenges in Tony Hawk's Pro Skater.

Colin Kaepernick will return to Madden games from today after EA has added the former San Francisco 49er to Madden 21's roster.

The quarterback will enter Madden 21 as a free agent, available to lead any team in the game, in his first appearance since being scrubbed from the series in 2016.

"Knowing that our EA Sports experiences are platforms for players to create, we want to make Madden NFL a place that reflects Colin’s position and talent, rates him as a starting QB, and empowers our fans to express their hopes for the future of football," reads a statement issued by EA Sports today. "We’ve worked with Colin to make this possible, and we’re excited to bring it to all of you today."

Kaepernick's Madden 21 rating of 81 overall slips him into the top 15 quarterbacks this season, higher than Cam Newton, despite his lengthy absence. The quarterback was dropped from EA Sports' football series after the NFL blackballed him due to his protest of kneeling on the field during the National Anthem before games.

His protest, part of the initial wave of Black Lives Matter movements, was intended to raise awareness of police brutality and racial inequality after the killings of Tamir Rice, Trayvon Martin and countless other unarmed black men and women.

With the resurgence of those protests this year, in the wake of the killing of George Floyd on May 25, members of the NFL's executive team have expressed regret for his initial treatment. Commissioner Roger Goodell recently said the NFL was wrong when it forced players to stand for the anthem, under threat of blackballing as Kaepernick suffered. Goodell also encouraged a team in the league to sign the quarterback, who was previously rated 89 in Madden releases before his enforced hiatus.