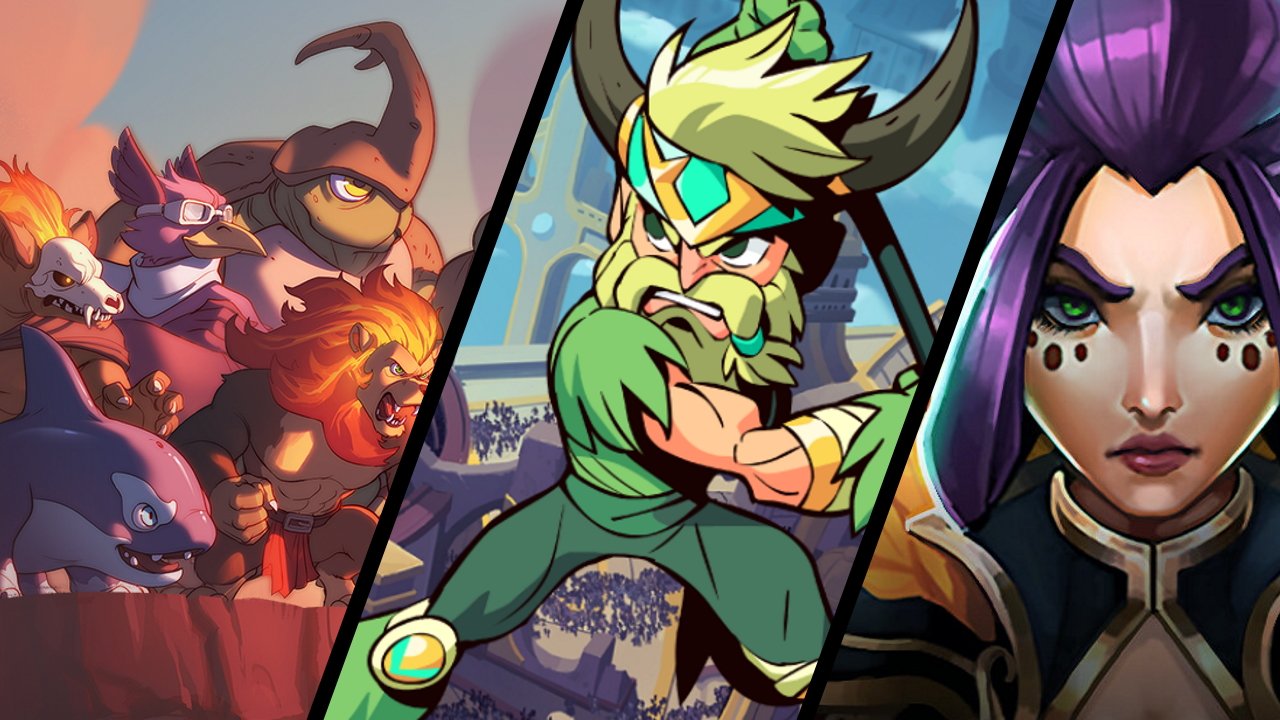 Super Smash Bros. is a bloody great time. Competent in providing both silly knockabouts and intense competitive showdowns, Nintendo’s brawler is one of the best exclusives under Mario’s belt. Long have players on other platforms watched with envious eyes, and though plenty of Smash rivals have been attempted by AAA studios in the past, none have come close to matching Nintendo's efforts. Even Sony’s big shot with PlayStation All-Stars Battle Royale fell well short of glory, unable to compete with the might of Link, Mario, Samus and the rest..

Where big studios have failed, however, the indie PC gaming scene has risen up to provide several stellar alternatives to Super Smash Bros. Created by dedicated Smash fans and players, these games go far beyond simply mimicking the work of Nintendo, instead developing their own unique takes on the platform fighter genre. On top of that, they have online systems that actually work with minimal lag, which is something even Nintendo stalwarts still have to fantasize about.

If you’re a PC player who’s been staring through the window at friends having fun battering one another with Mario and Zelda on their Switches, you’ll definitely want to check out these Super Smash Bros. alternatives for PC players.

The biggest of the Smash-inspired collection, Big Mammoth Games’ Brawlhalla is a free-to-play cartoon battler that’s been in early access for the better part of a decade, and officially launched on Steam, PS4, Xbox One back in 2017. Much like Smash, player have a limited number of Stocks (lives) per match, which are lost when knocked off the edges of the screen. Taking damage increases how far you’re knocked, making it easier to die.

It features a rotating roster of free characters you can jump in and give a whirl in battles for up to eight players. You’ll need to pay to unlock the full cast of 48 characters, but buying the All Legends Pack will mean you get access to all current and future additions to the game.

Sensing its popularity, Ubisoft snapped up the indie fighter to publish under their belt, allowing Rayman to be added as a core fighter. Since then the title has featured plenty of crossovers, including Tomb Raider skins and a Ben 10 event in partnership with Cartoon Network. Interest has remained high since launch, and Brawlhalla continues to receive updates to this day.

In fact, Brawlhalla has proven so successful that Smash Smash Bros tournaments now regularly host competitions for Brawlhalla on the side, with prize pools often even outperforming that of Melee (thanks in large part to Nintendo’s refusal to offer monetary support to the old GameCube title). Its visual style won’t appeal to everyone, but Brawlhalla offers the biggest selection of characters to try, and its popularity means you won’t struggle to find matches online either. Brawlhalla is available on Steam, PS4, Xbox One, Nintendo Switch, and even iOS and Android devices.

Should pixel art tickle your pickle, Rivals of Aether is a worthy contender for the throne of best Smash-inspired title. Featuring a tighter cast of 14 fantasy animal fighters, Rivals sticks closely to Smash’s general principles of percentages stocks and percentages, but changes things more drastically in terms of movesets. Shielding has been chucked out entirely in favor of a parry mechanic, and each character brings with an incredibly unique fighting style. Combat is fast, fluid, and filled with combos. Melee fans will also feel right at home thanks to an emphasis on wavedashing in the movement systems.

Rivals of Aether has proven a popular choice for crossovers with other indie titles. Both Shovel Knight and Ori & Sein (from Ori and the Blind Forest) have joined the core roster with completely unique movesets, the former even finding a common place at the top of serious competition.

If you’re put off by Brawlhalla’s overwhelming cast or big-headed cartoony style, Rival’s of Aether’s pretty retro stylings might be the perfect balm. It’s a one time purchase, with DLC characters available to purchase if you want to expand the roster. Much like Brawlhalla, Rivals has also found a competitive place alongside many Smash tournaments, and this year the game plans to release on Nintendo Switch as well. You can pick up Rivales of Aether and its DLC on Steam, or wait for the Definitive Edition to launch some time this year.

A potential new contender to the platform fighting scene, Rushdown Revolt is being designed by the heads behind popular Wii mod Project M. Combat is extremely fast and technical, with an emphasis on a new Sparking mechanic which allows characters to cancel out of animations to string attacks into a deadly flurry. Provided, of course, your hands can keep up.

Rushdown Revolt is a rework of the fumbled launch of Icons: Combat Arena, which attempted to release in early access as a microtransaction-heavy fighter several years ago. Reception to the pricing was very poor, and developer Vortex Games has had to rethink their approach. The plan this time around is very different, and Rushdown Revolt is currently involved in a lengthy beta phase you can apply to join for free via the game’s website and Discord channel.

Rushdown Revolt is the only 3D pick of the bunch, but right now got some visual problems to work through. As the game progresses, the developers have promised improvements to the chaotic effects shown off during the reveal trailer and stream. If you’re interested in complex inputs and want to help a platform fighter develop over time, Rushdown Revolt could be the pick for you.

Know of an excellent Super Smash Bros. style game for PC players that we’ve missed? Share it with us in the comments below! As avid Smash Bros. fans, we're always keen to hear your thoughts on all of the titles above as well.