Super Mario 3D All-Stars will release on Nintendo Switch on September 18 with a limited production run. 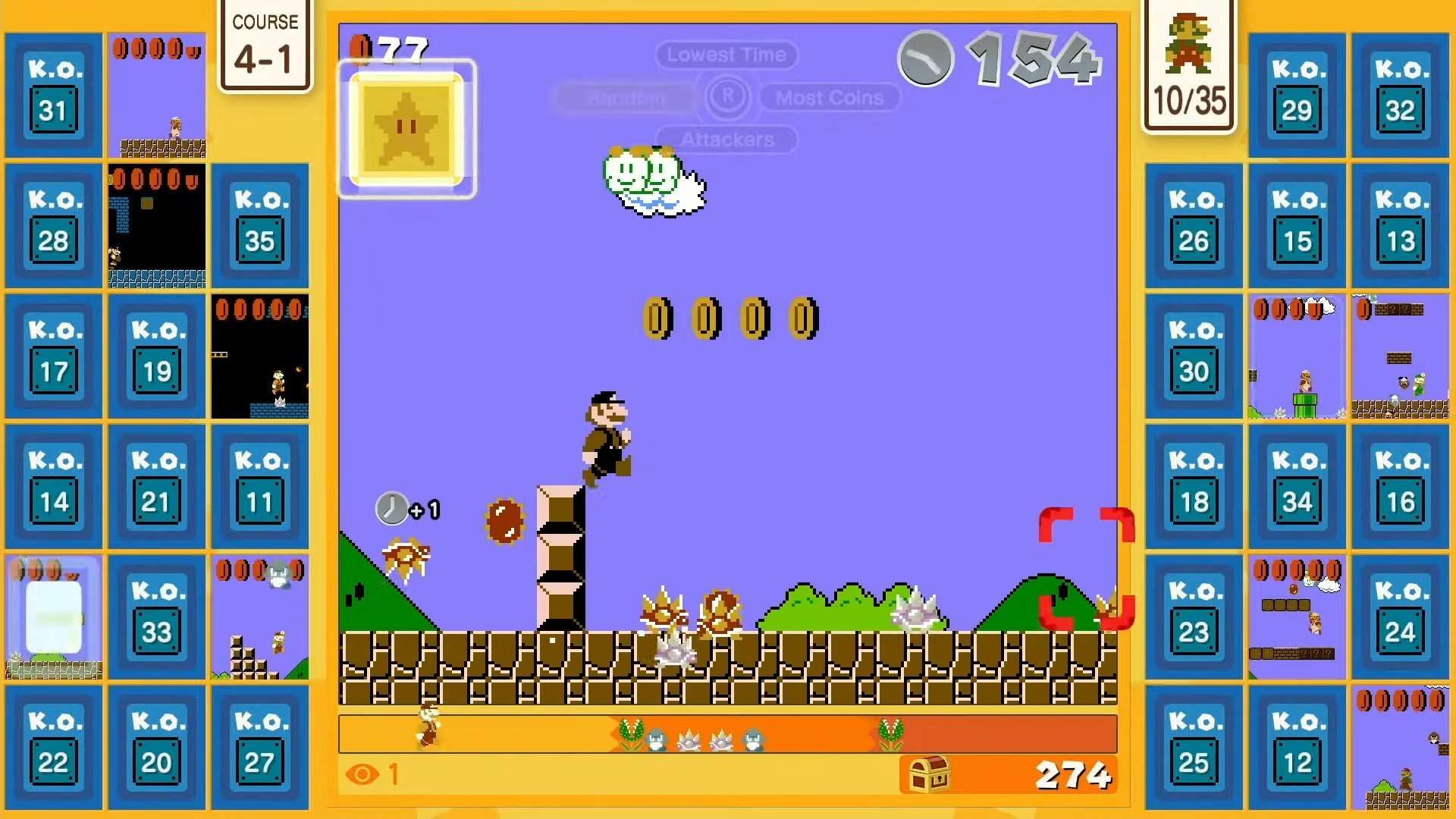 Super Mario Bros. 35 is a sort of PvP battle royale pitting 35 players against each other as they sprint through Mario levels. The online competitive battler will release on Nintendo Switch Online on October 1, using an almost identical design doc to Tetris 99.

As you defeat enemies in the course of your level, they'll be sent to harrass one of the 34 other Marios running their levels in tandem. You can check on the progress of all your opponents at once by looking at tiny versions of their screens positioned around your main screen. Levels appear to be taken from classic Mario games on the NES.

The game will be available to play until March 31, 2021, the same time the Mario 3D All Stars collection will be taken off sale. It appears the 35th anniversary party for gaming's most iconic mascot has an expiration date after all.

Mario 35's announcement came as part of today's 35th Anniversary Direct, alongside news of other celebrations of Mario's past including the 3D All Stars collection, including Mario Sunshine, Galaxy and 64 in one package, and an augmented reality Mario Kart game played in the real world with RC cars.

Are you excited to see the Tetris 99 model replicated for Super Mario Bros. 35 as a 35-player battle royale takes place this October?