How to get Mitten Crabs in Animal Crossing: New Horizons

Learn the Animal Crossing: New Horizons Mitten Crab price and how to catch them. 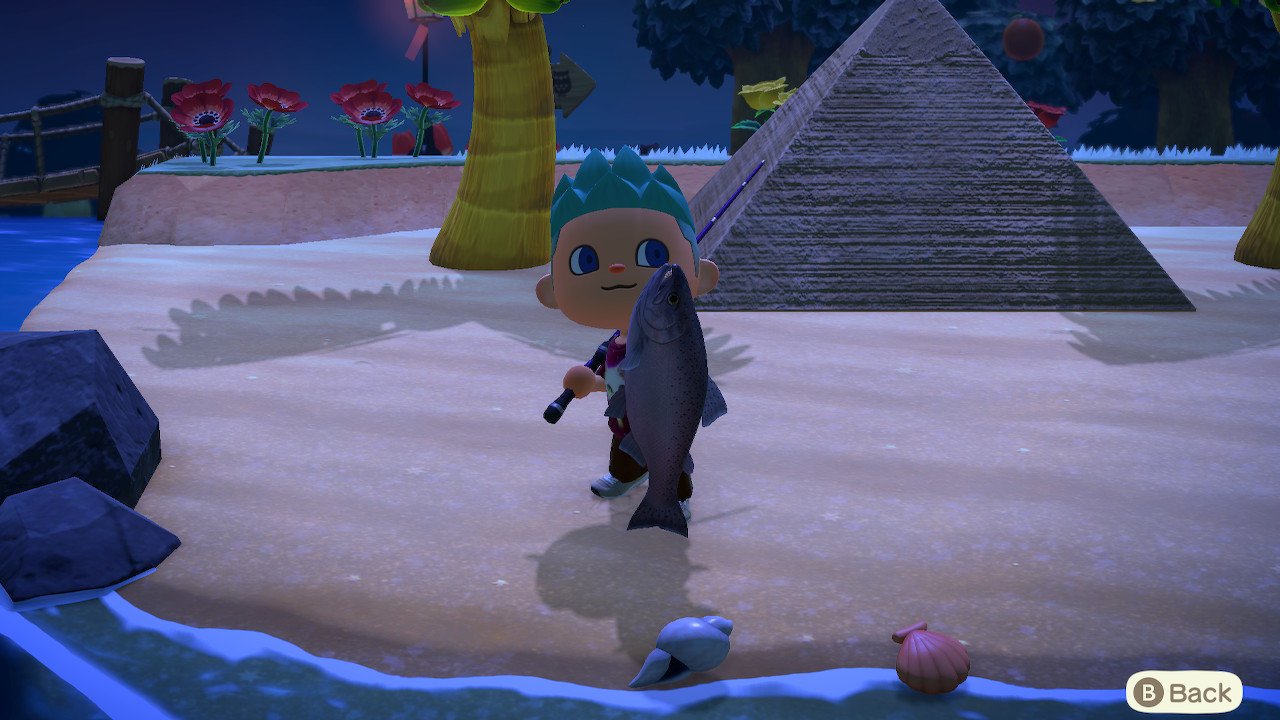 How to catch King Salmon in Animal Crossing: New Horizons

Get Jelly bean beats in your ears with these excellent Fall Guys soundtrack covers.

How to catch King Salmon in Animal Crossing: New Horizons

You can only catch the King Salmon during September in Animal Crossing: New Horizons, so don’t bother hunting for it during the rest of the year. It’s also exclusive to the river mouth, which is the area where the river meets the sea (the river expands here and usually you’ll see a few rocks in or around the water). Fish in this area and keep your eyes out for a large shadow to catch a King Salmon.

Once you have a King Salmon, we obviously recommend giving the first to Blathers’ museum, but after that you’ll want to sell it to Timmy and Tommy at Nook’s Cranny, or to C.J. when he visits. The Mitten Crab price is 1,800 bells by default, but if you choose to sell to C.J. then you’ll earn 1.5x the normal price, bringing it up to 2,700 bells. That's not quite as much as the Mitten Crab, another new arrival in September!