'It's actually having a big impact on the community.' 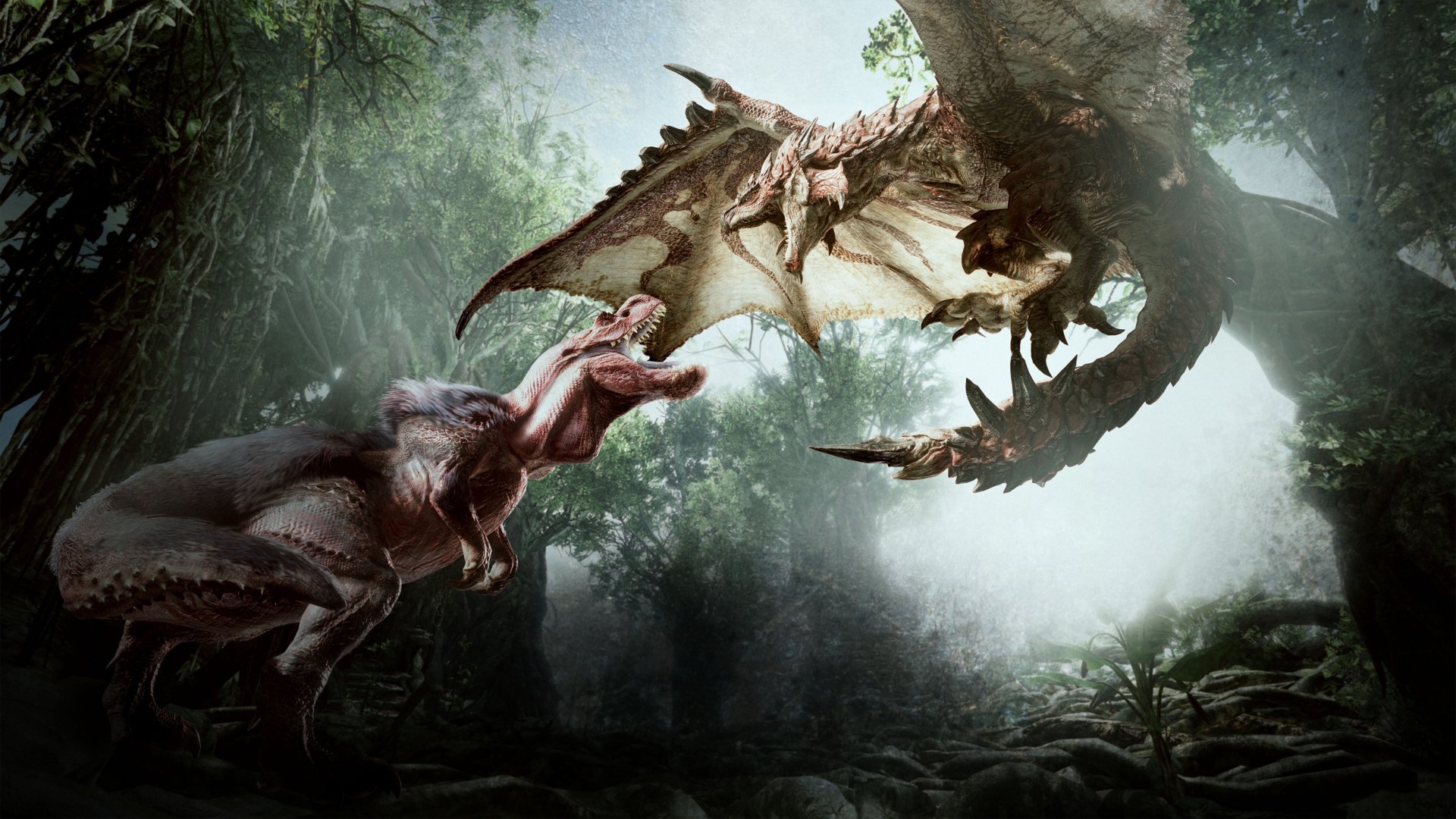 SNK's old brawler is getting a revival.

Monster Hunter World is a ton of fun, and even more so with friends, but actually getting into a game with them is not that easy. If you want to find out how to play Monster Hunter World online with friends then there's a few things you need to understand about the netplay system, mainly that it's bodged together from the worst holdovers of when MonHun was a handheld series on PSPs and 3DSes. Once you've got your head around how the process works, it's not too fiddly, so here's how to get hunting with your friends.

How to party up with friends online in Monster Hunter World

When you begin your save game, the menu will prompt you to start a new online session or join one. If you want to join a friend's session, you'll need to know the session ID (a series of generated alphanumeric characters), search for one through previously played with players, or be invited by them to join it. We'll go with creating a new session to show you how to do the latter as the other two are fairly straightforward (once you know where to find the session ID).

When you create a new online session, you need to set some basic parameters for who can join. If it's going to be an open session, choose whether joining players will be similar ranks, what kind of Monster Hunter experience they have or what type of quest they want to go on. If you're just trying to play with a pal then you can set it to "private session" at the bottom.

Once you've got a session open it acts as a sort of lobby, while you run around Astera sorting out your gear or what quest to go on. To invite your friend to the lobby, hit start/options and scroll right to the communications menu. Choose "Invite a Friend" and the Xbox/PSN overlay will pop up for you to send an invite.

If your friend accepts the invite, you won't see them straight away unless you're both in the Gathering Hub (the ship perched at the top of Astera), but you should see a notice when they join the session. To go on a quest together, you or your friend need to head to the quest board or your handler and choose "Post a Quest" then pick the one you want to go on. Once it's set up, the other person has to then go to "Join a Quest" and choose the type of quest you picked to see it pop up, then when they choose to join it you'll begin preparations. To end preparations, follow the on-screen prompts in the top left and once the quest loads you'll be able to head off.

There are some times when you can't join your friend on a quest, either the Hunter Rank (HR) is too high for your level, or if it's a story quest you haven't done yourself yet. Also, choosing to "Join Game" through the PSN friends list appears to be bugged, and if you're on Xbox One then matchmaking is suffering a whole host of other problems that are apparently being fixed.

How to join Squads with your friends in Monster Hunter World

Setting up an online session every single time you log in and then going through the pain of inviting friends or sharing your Session ID can be a bit of a downer when you just want to hunt monsters. Squads are the Monster Hunter World equivalent of clans in other online RPGs and help you get into games with people you know, or at least don't mind playing with, quickly.

To start a squad, head up to the Gathering Hub at the top of Astera and go to the small desk in the middle of the deck as soon as you step off the lift. You can make an emblem and give your squad a name, each squad can have up to 50 members and don't worry if you're already in one because you can be part of eight squads simultaneously.

To join an existing squad, you'll need the squad leader to invite you and it's not exactly clear if squad invites persist if they're sent to people you're not in the same session as, so to be safe just do it when you're playing together.

Once you're in a squad, when you start up the game instead of creating a new session you can choose to check if there's a squad session containing people from your squad. If there isn't one then you'll make one automatically and then other members of your squad can join it when they log on. This is the easiest way of getting into online sessions with people you know, so if you can get it set up then it saves so much time.

There is voice chat in online sessions and while on quests, you can enable or disable it through the pause menu. Also, if you hold both triggers and press Y/Triangle you can see a member list of everyone on voice chat. However, if you want to use Discord on your phones (other VOIP apps are available) then it makes the whole startup process a little easier because the voice chat can be finnicky and guiding someone else through this setup is a lot easier without sending messages through PSN/XBL.