Pikotaro and Pikachu team up to give you quirky translations and energetic dancing. 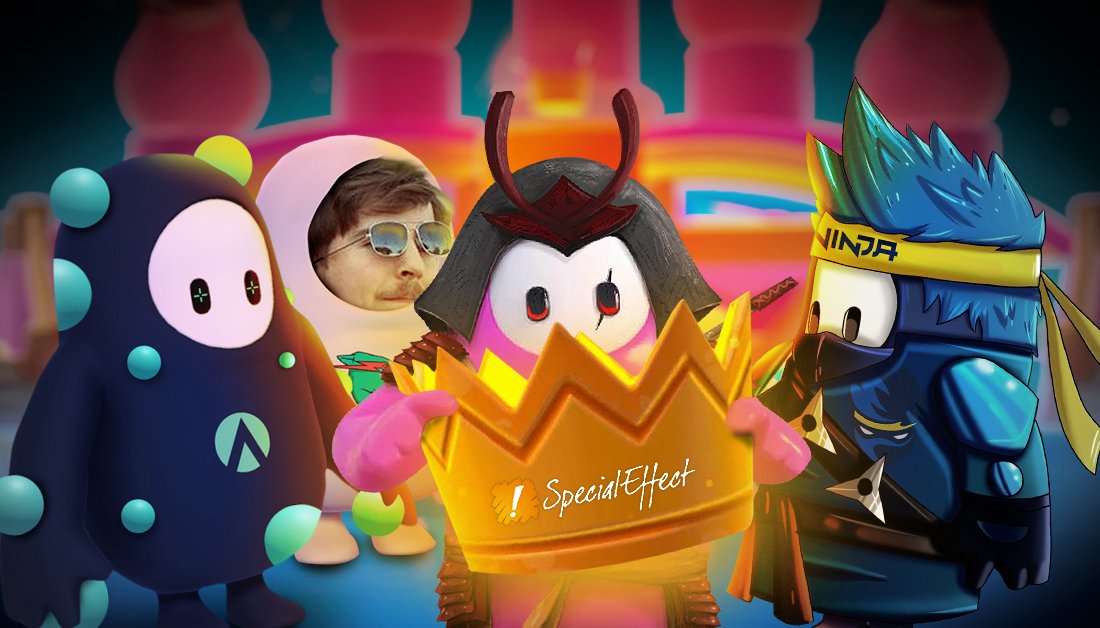 All the new fish, bugs, and sea creatures you can catch in September for Animal Crossing: New Horizons, as well as those leaving at the end of the month.

With the rampant success and popularity of Fall Guys came the rush of influencers and brand accounts all looking to jump aboard the Fall Guys train. It felt like moths swarming around a bright lamp. In a stroke of genius, the Fall Guys Twitter account and community manager @OliverAge24 figured out a way to make the most out of the situation via the Battle of the Brands charity auction.

With this auction, interested participants were asked to bid money to be donated to UK-based charity Special Effect in exchange for a custom outfit in Fall Guys. The bidding war has officially come to an end with a somewhat surprising outcome. The winner is not one person, but rather four participants who pooled their money together for one gigantic charity bid.

Unbelievable! THANK YOU to the winners @aimlab, @G2esports, @MrBeastYT, @Ninja & everyone who bid, and to @FallGuysGame for making it all possible. Your generosity will enable us to continue making gaming dreams come true for people with physical disabilities around the world! https://t.co/cBKDIBwN4p pic.twitter.com/HD16H07BML

Out of the endless stream of participants in the Fall Guys “Battle of the Brand” charity auction, the winning bid came courtesy of a collaboration between G2 Esports, Aim Lab, MrBeast, and Ninja. Altogether, they raised a whopping $1 million for Special Effect. As a reward, all four winning bidders will get a custom outfit in Fall Guys: Ultimate Knockout that’s representative of them.

For example, Ninja’s Fall Guy outfit will likely feature his signature spiked blue hair, though we currently have no idea what the final outfits will look like exactly for each of the four winning bidders. Prior to G2 Esports, Aim Lab, MrBeast, and Ninja pooling their money together into a jaw-dropping bid, the highest bids fell anywhere between $100,000 to $500,000.

Companies who threw their hat into the ring included TUSHY Bidet all the way to games like Rivals of Aether. While impressive, none of these bids were able to come close to the $1 million bid that won the final “crown” so to speak. The charity this sizable sum of money will be donated towards, Special Effect, has responded with extreme gratitude to Fall Guys, G2 Esports, Aim Lab, MrBeast, and Ninja.

For those unfamiliar with Special Effect, it’s a UK-based charity that works to help individuals with disabilities play and enjoy video games through things like custom peripherals tailored to each person’s individual needs. The $1 million donation will undoubtedly go a long way towards creating even more custom peripherals that’ll help introduce even more people to the world of gaming.

Now that you know who won the Fall Guys “Battle of the Brands” charity auction, what are your thoughts? Are you stoked to hear that Special Effect is getting $1 million? Are you surprised the winning team came as part of a collaboration between G2 Esports, Aim Lab, MrBeast, and Ninja? Comment below!