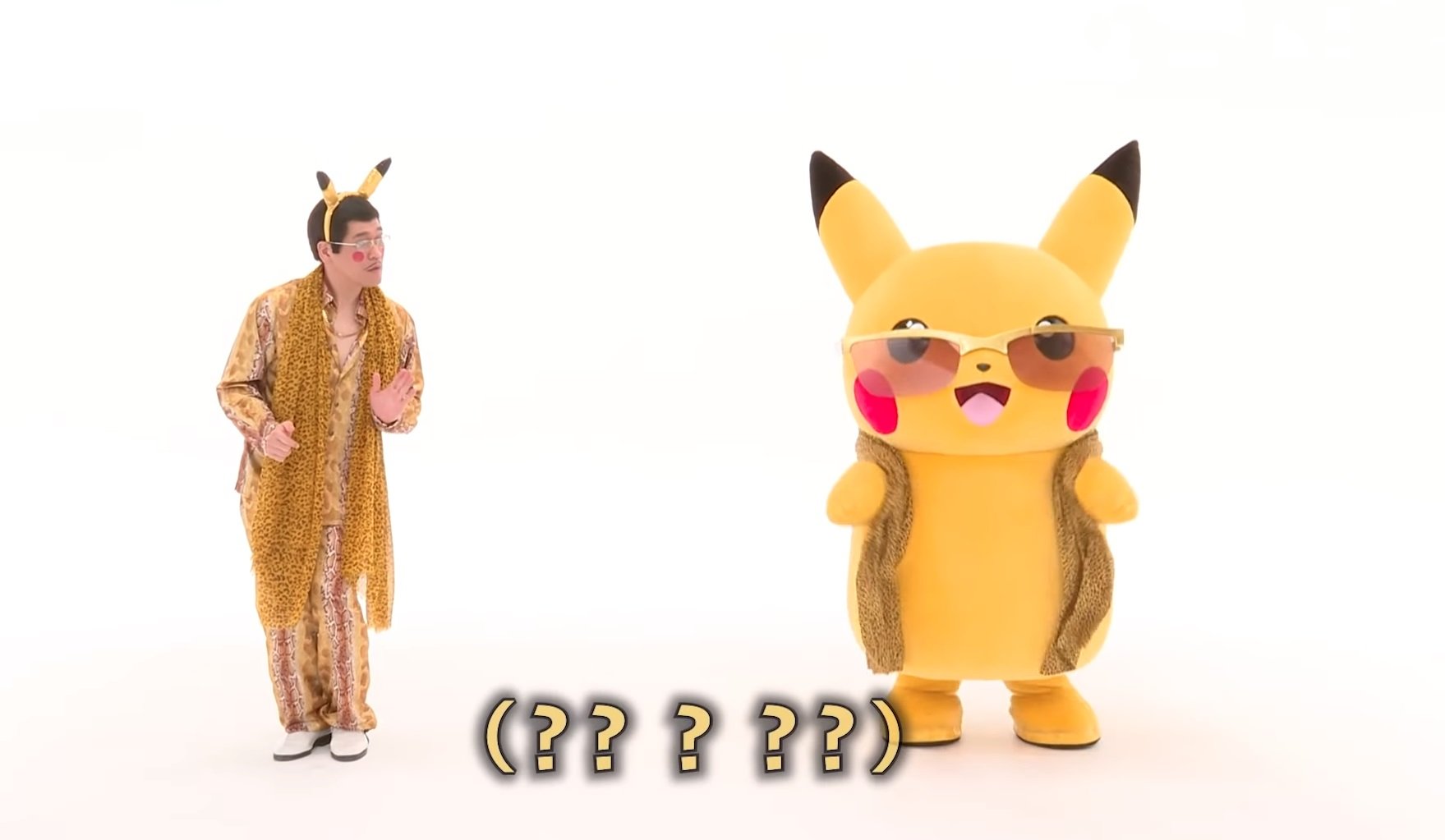 Back in 2016, the internet went wild over PPAP, a high-energy song and dance routine from Japanese artist Daimaou Kosaka, aka Pikotaro. The video has been viewed over 138 million times as of the time of this writing and we have to say... it’s catchy as hell.

If you've been hankering for more Pikotaro content and you’re a fan of Pikachu you’re in luck as the two have teamed up to create a strange, yet surprisingly entertaining new collab video.

What do you get when you have a Pikotaro and a Pikachu? Apparently a playful, somewhat confusing collab video.

Earlier today, everyone’s favorite “PPAP” performer Pikotaro uploaded a brand new video on YouTube that Pokemon fans will either enjoy or hate depending on what kind of mood they're in.

In the video titled “PIKA to PIKO” we see Pikotaro joined by Pikachu who’s wearing Pikotaro’s glasses and signature leopard print scarf. Pikachu is “talking” while Pikotaro tries to translate what’s being said.

There are some funny translations thrown in there like “keep distance” which is great advice to be honest, and some hilarious YouTube comments like, “They’re both yellow, they both speak gibberish, they’re both electric. No surprise Piko and Pika understand each other.”

One of our personal favorites is the comment, “This is my sleep paralysis demon.”

In the past, we’ve seen a number of entertaining Pikachu videos from Imperial Pikachu March to Detective Pikachu doing an 80s dance routine, but we haven’t seen anything quite like PIKA to PIKO. If it was uploaded by Pikotaro on his own, it might be something people pass over.

However, the video actually debuted during the Pokemon Virtual Fest finale. It was an unusual choice to be sure.

Typically a video like this wouldn’t be perceived as “newsworthy” but 2020 has been rough. Really, really rough. As long as you aren't taking it seriously, the PIKA to PIKO video can help provide a worthwhile distraction from the world as it burns down around us.

If you've been feeling depressed lately and are looking for a brief reprieve, we highly recommend checking out PIKA to PIKO. While you’re at it, it’s worth taking a moment to rewatch PPAP as well. You know, for science.